That Wetness that was Sunday 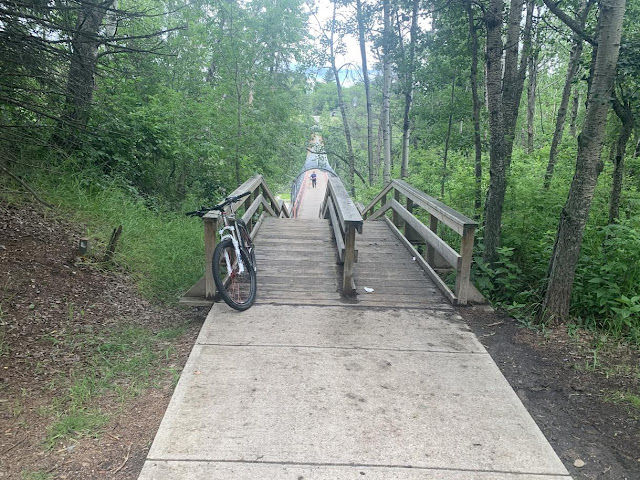 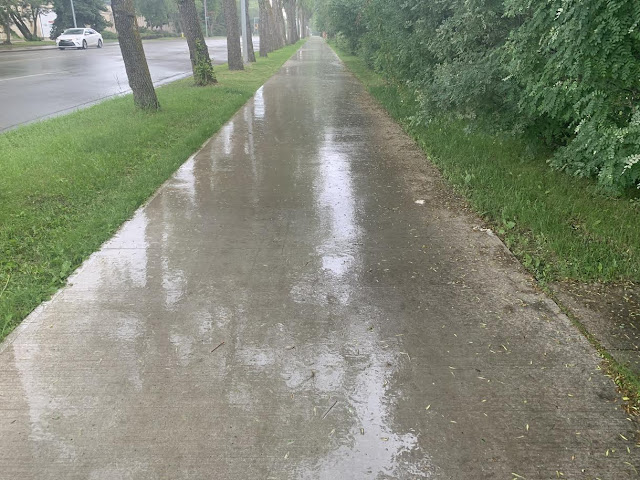 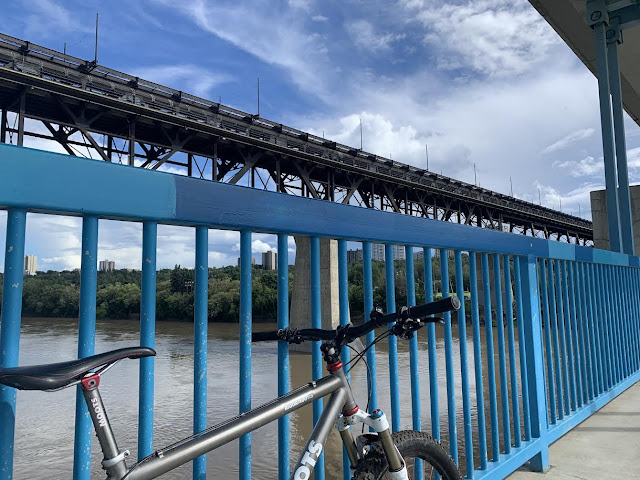 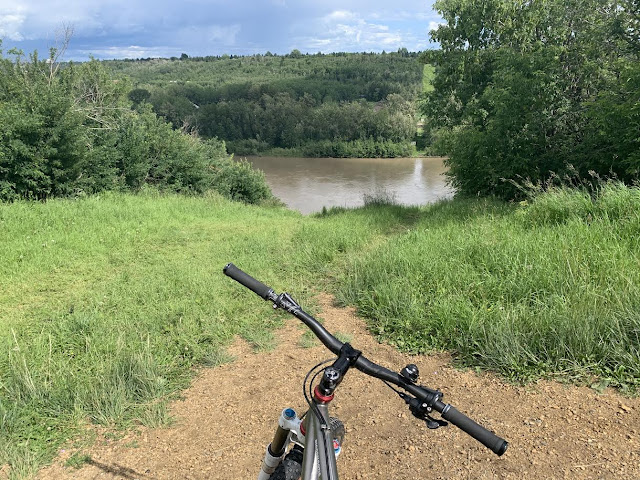 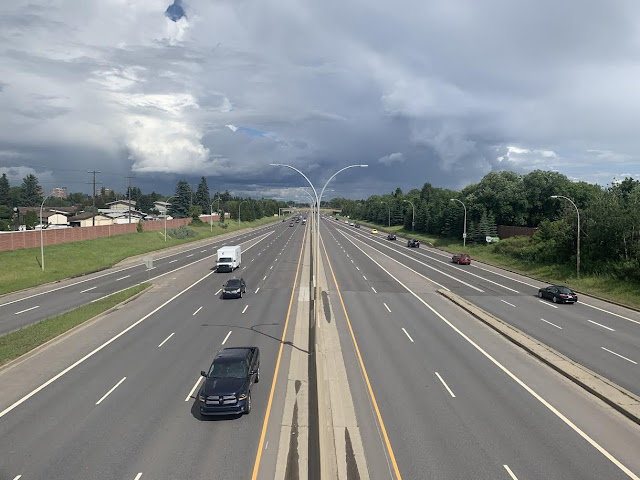 I really need to find a decal company that will make me small bikes with an electric bolt through the middle  so I can put on the side of my bike like an air force pilot has markings for his kills on the sides of the plane.

I took down two today and damn it felt good.

No I didn't club them over the head and leave them for dead in the bush. I passed two. One whilst climbing (pats self on back) and one on the flat paved. Say what you want about e-bikes. I used to hate them but they make sense and it gets people outside and off the couch.

They are damn fast though and it is always a great feeling when you pass one, especially when the one you pass is ridden by someone who looks like they might ride their bike once a week at minimum.

The ride was a mix of valley and residential neighbourhood riding trying to find entrances to the valley.

All in all, best ride of the off set so far despite the extreme lack of singletrack. The lower river valley trails are all either underwater or were previously underwater so your best bet is to stay high up in those hills kids. Meh... It's probably muddy there too.

I would post GPS tracks for this but I shut off my Strava App halfway through. Whoops.