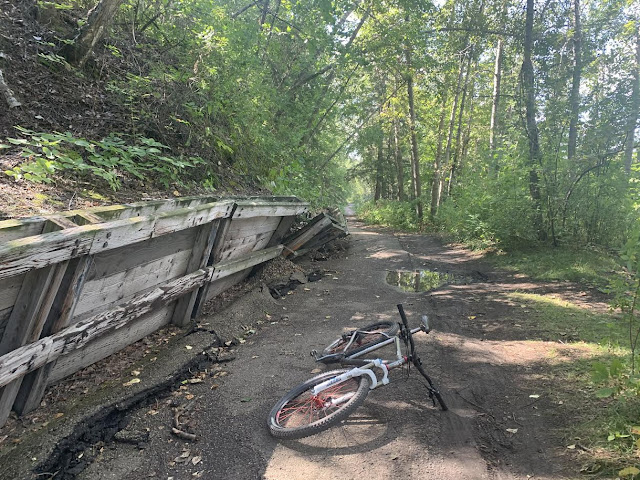 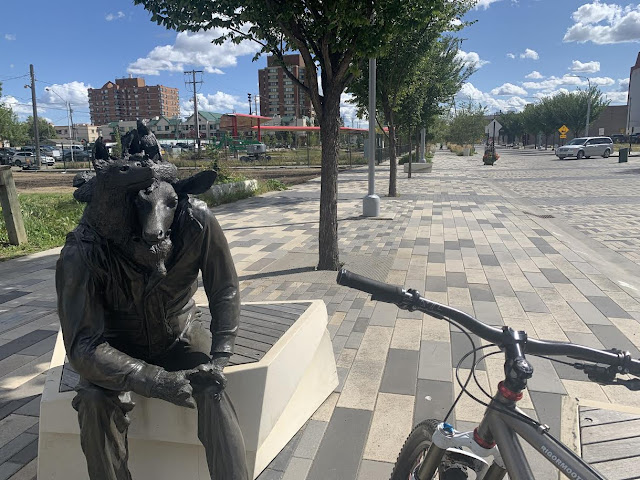 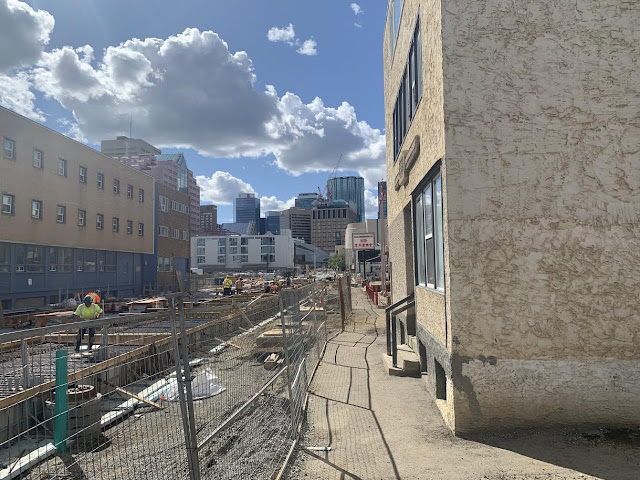 An all paved start to the week off on the old hardtail was the beginning of my happy week. Coming off days I am programmed to wake up early making this set of days off my favourite as the days are long and full.

I parked at Forest Heights next to the Catholic buildings with intentions to ride to Kennedale ravine and ride out and take the mean streets of the city back. Unfortunately, after ride plans were bumped up and I had to make short work of this one so I crossed the Capilano pedestrian bridge (or pedo bridge as I like to call it) and used that as my return back point.

The bike lanes that run besides the LRT took me downtown where I suddenly felt like I did not want to be in any way shape or form. Maybe it was the high amount of masked people walking around that just ended up depressing me. Or maybe it was the dirty downtown's covid feel that I did not like or the countless powered scooters strewn about making the city core look shitty.

Sometimes Edmonton can be pretty crappy in a big way and I retreated back to the valley after getting trapped in an area with no bike lanes, sidewalk or shoulder to ride on being preyed on by utter douchebags in Escalades and BMW's.

A weird highlight was finally crossing James MacDonald bridge again making this and the Anthony Henday northside bridge the least crossed in the city with the Beverly bridge coming in third.

You know what kids, I'm gonna have to pump those numbers up. you know what though? I probably won't.