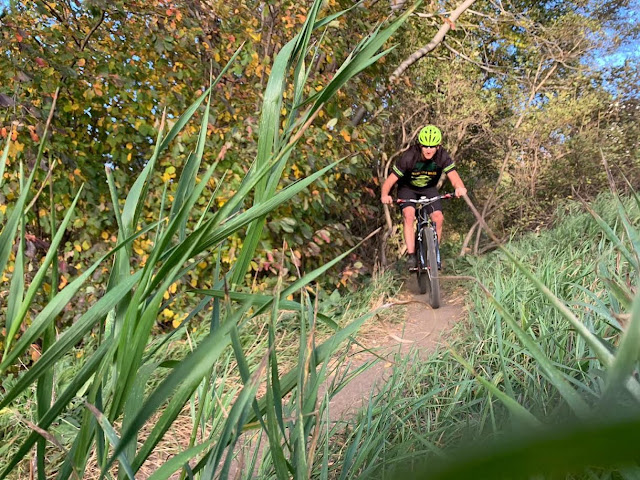 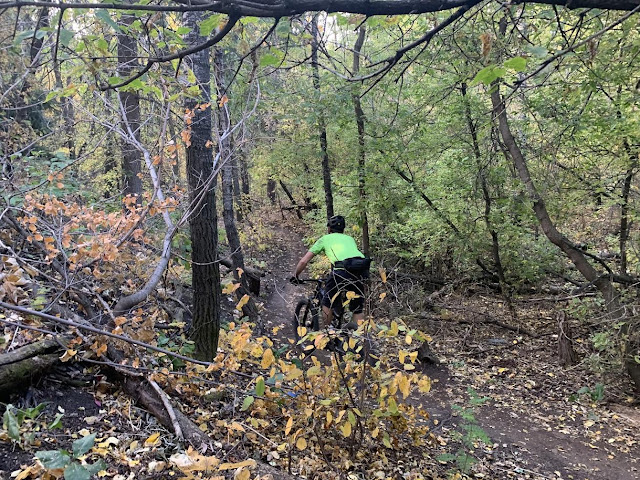 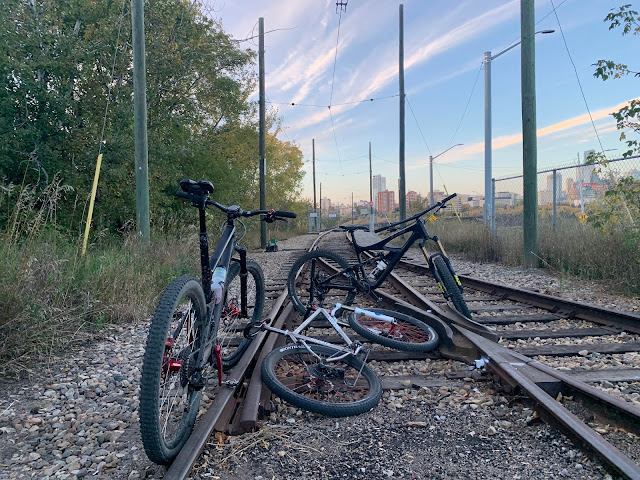 A full on brethren meet-up ride right smack in the middle of my days off was just what the ride Gods supplied and it was top notch from beginning to end.

Old Timers was the meeting spot and Jason and Kent both rode in from their homes. We went straight to the Edmonton Queens home (when in operation) and happily rode the new ladder bridges put in recently by some top notch folks.That trail does have a name I believe. All I'm getting is Cloverdale Bridge Detour on Trailforks? From there we retraced our early steps and found ourselves riding through Old Timers and Gnome.

Yes kids, trail conditions and overall ride feel is on another level in what is the best season of the year hands down. My small 2-6 hardtail didn't feel intimidated by the big wheeled trail destroyers that Jason and Kent were riding. Only I was intimidated shown by the small traces of urine that ran down my leg and a weird nervous twitch in my neck. Luckily I played it cool and passed the wet leg off as sweat from "fuckin given-er." The weird twitch was complimented by my voice cracking whenever someone would ask me a question.

Other than that, I was pretty cool.

We crossed the mighty Menzies and found my lady Victoria. We rode up and found Groat Road Rollercoaster or what the kids call 'Lovers Lane. ' Sorry, still think that name is lame. Is this have anything to do with the covered canopy of trees that greets you at the north end? I mean Groat Road Rollercoaster just makes so much more sense. Riding this trail on a decent bike heading south is better than a rollercoaster but the name still resonates well with the feel of the trail.

We rode down the wrong side of Wonder Woman and than rode up the trail yet again. I have a lot more rides going up that trail rather than down. By a lot more it would be maybe two or three. I don't ride this trail that much. Victorias Secret was ridden down and we crossed the High Level where we saw Kent off as he crazily rode all the way back to Terwillegar where his ride started.

Me and Jason finished off the night descending through Kinseman goodness. The sun was getting low so we carefully navigated through West Coast trail and high fived and Jason rode back to his Hardisty? (I think that's the neighbourhood) home.

A very top notch ride all around that left me with a splendid glow. 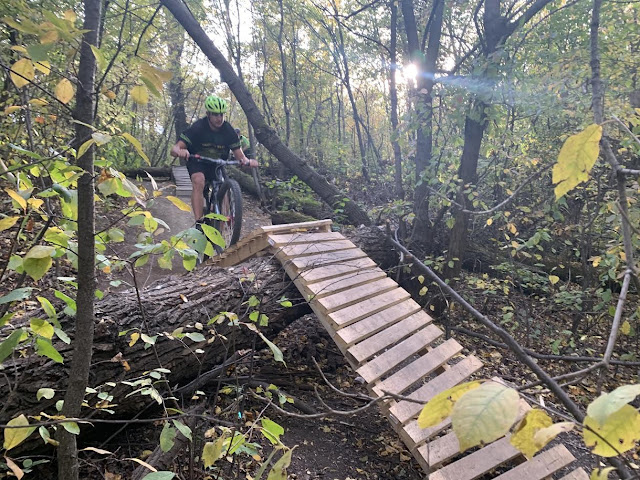 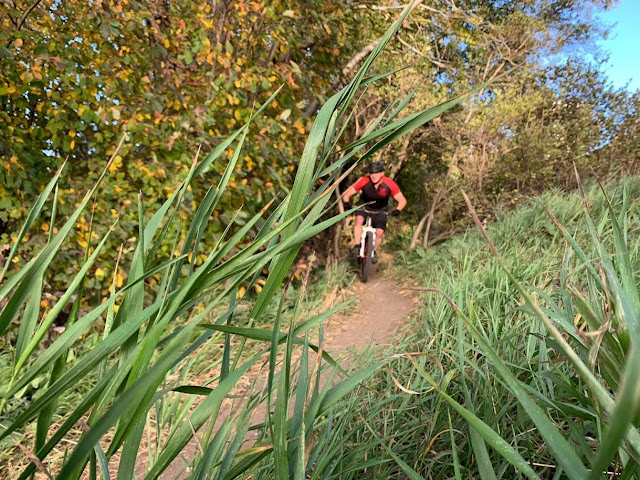 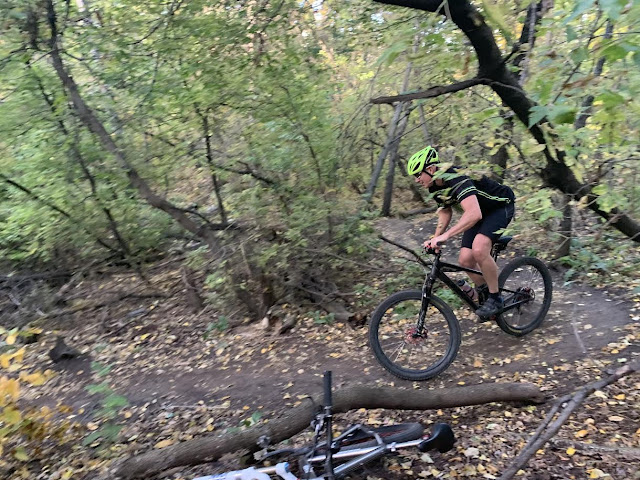