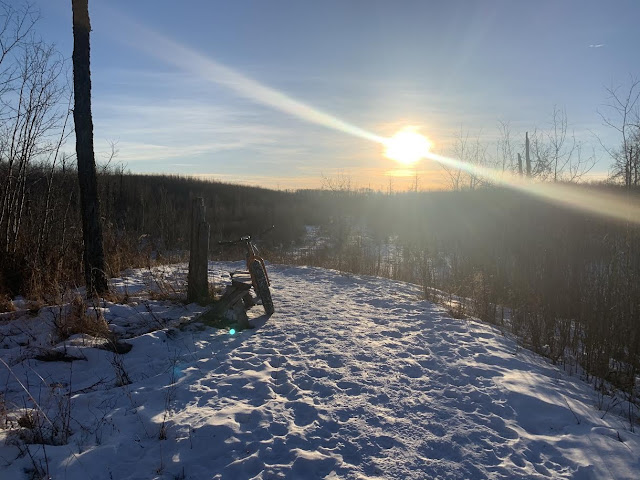 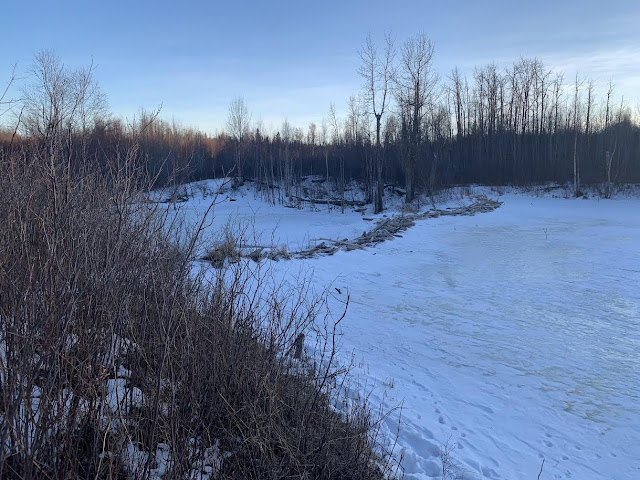 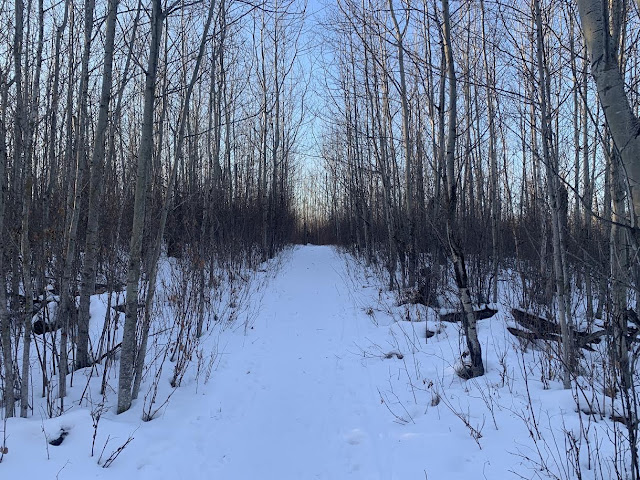 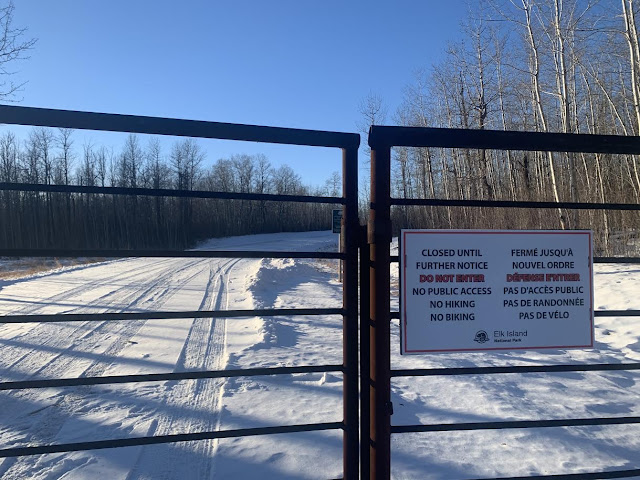 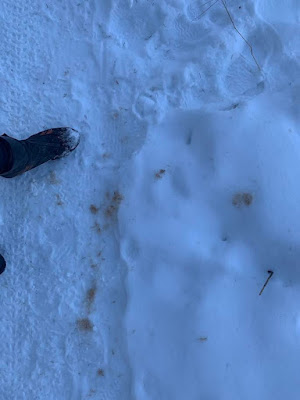 Back in the nineties Elk Island was the consistent destination for my Dad. It was an every weekend thing as well as some weeknights when he would go out to hike the trails. The weather did not hold him back as well and off he would go in the pouring rain or driving snow. I think I know where I get my strange shitty weather riding habits from.

I would accompany him on some trips as a young new mountain biker and would often imagine myself riding the trails there even though I knew at the time there isn't much challenge for riding to them.

The trails are all doubletrack and quite ordinary.  The big pull to Elk Island is the alien like land that you come across all over the park. You will follow a few kilometres of treed and uneventful trail to come across an amazing meadow like nothing you have ever seen before. Then boom. You are back in the trees wondering what neat view you would be treated to next.

The change in forests is much akin to the river valley which is quite cool as well. Poplars turn to fir forests as you roll through this alien like landscape with thoughts of a possible Bison meet up or some strange and cool landscape around every corner.

I really don't know why it took so long to return here. Is it possible bad feelings as this place is so well associated with my late departed Father?

Bingo. Think I nailed it.

I did have intentions of riding the Tawayak Lake Trail combined with Shirley lake which would make it just over 20 kms but was shut down quickly as the Park had access  to the trail closed.

I sat and pouted in the Jeep for a few minutes and drove to the Hayburger trailhead and turned away at the amount of vehicles at the trailhead. Cause you know people... gross.

I ended up at Moss Lake Trail and there were more vehicles in the parking lot. "Well, it is very warm and it's Christmas eve, what else was I to expect?" I said to myself, reassuring myself that things will be fine and nobody will get in the way.

I rode and within a couple kms there was a shortened loop for hikers which made my day as I knew it was the end of seeing people cause that's where most people would probably be as there were lot's of families. The longer outside loop was quite a bit rougher as the trail was shell shocked with ruts and holes from people hiking. Cross country ski tracks were quite evident and I knew I was most likely enemy number #1 to the trail users out there. Cause you know... Bike. Fat bike too you know.. That's gotta be douche equivalent to some white guy driving a jacked up Dodge Ram or F-150 to the hikers and skiers.

You can expect come more posts from Elk Island coming soon. The ride was top notch and it may have squeaked it's way into the top 5 best of the year.

If your reading this from a Google search about fat biking in Elk Island. I recommend it. Do know that you are getting Zero singletrack but the cool views make up for it.

Lots of wildlife in the area with Bison being the most dangerous. Bears and cougars live there as well so a heads up. None were spotted on the trail today.

When it comes to Bison, common sense is all you need. Once you are near them and see how large they are you will know. It's societies drek that are the ones getting attacked.

Pretty sure I just set myself to get attacked next trip out. 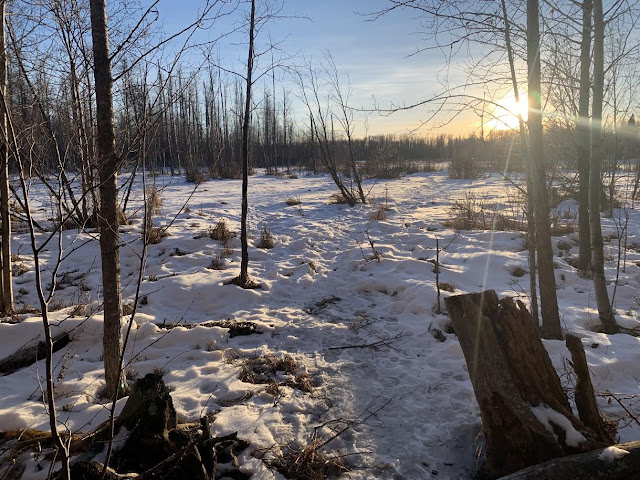 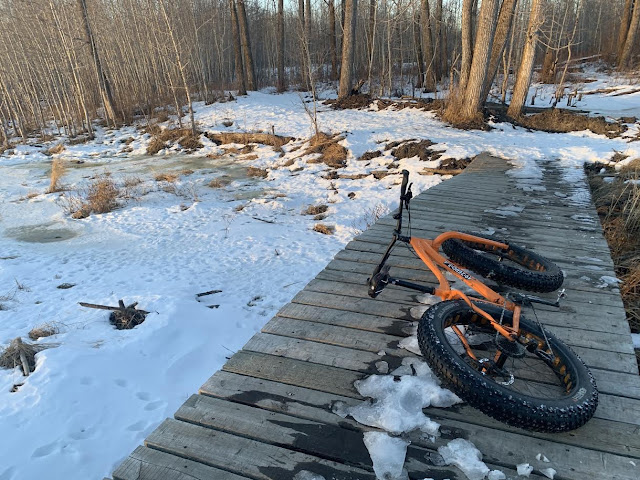 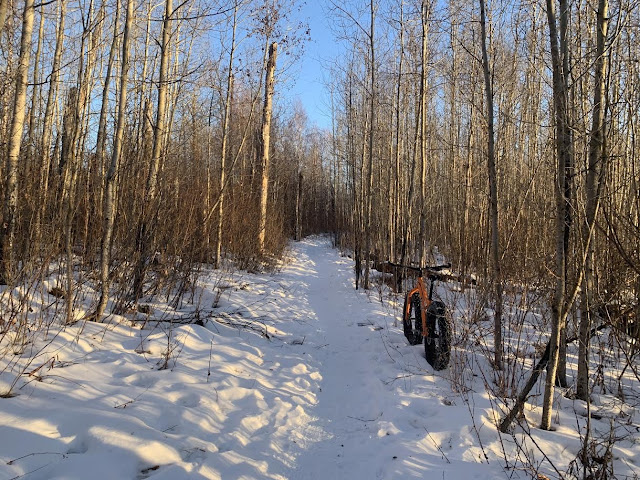 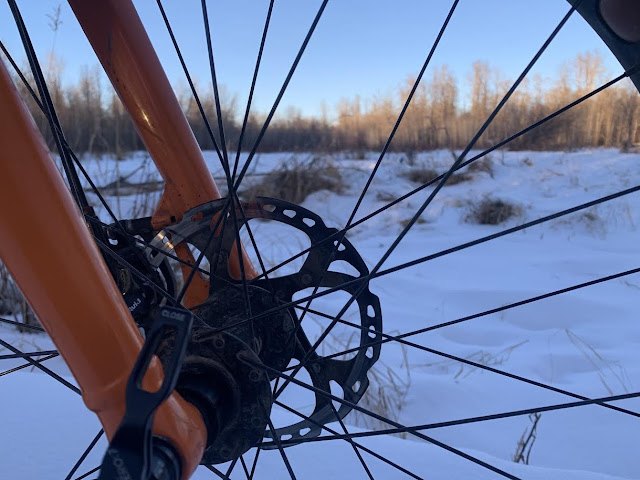 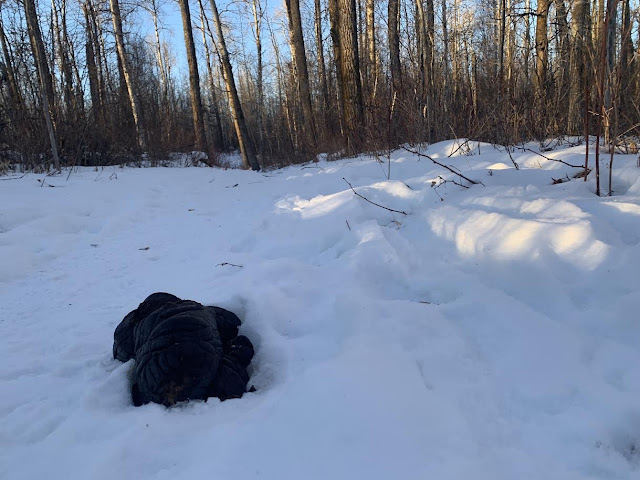 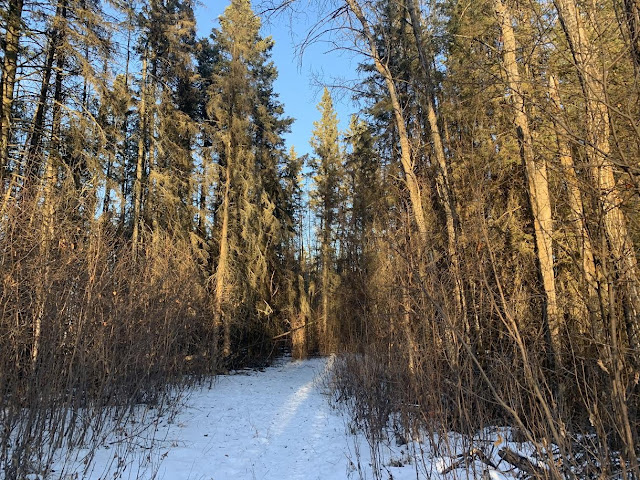 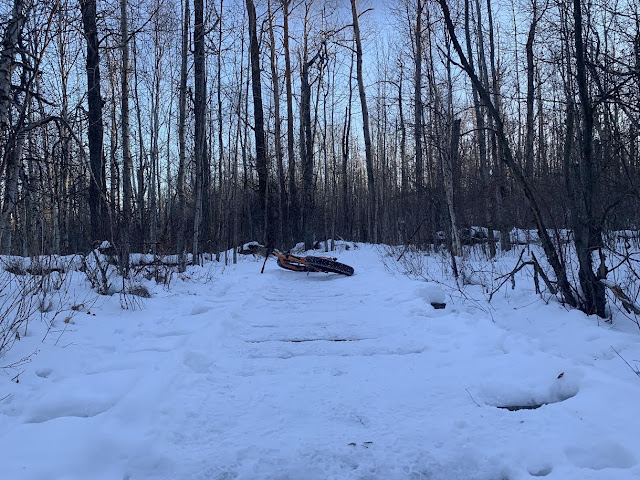