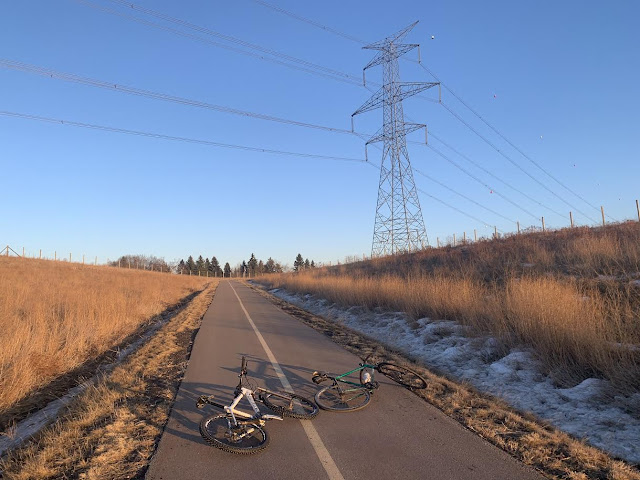 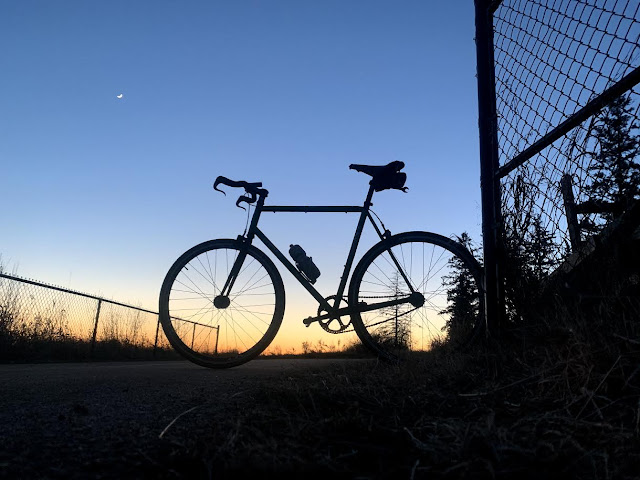 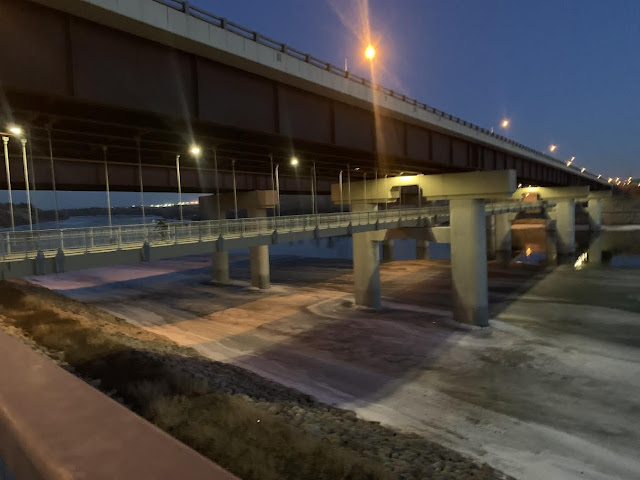 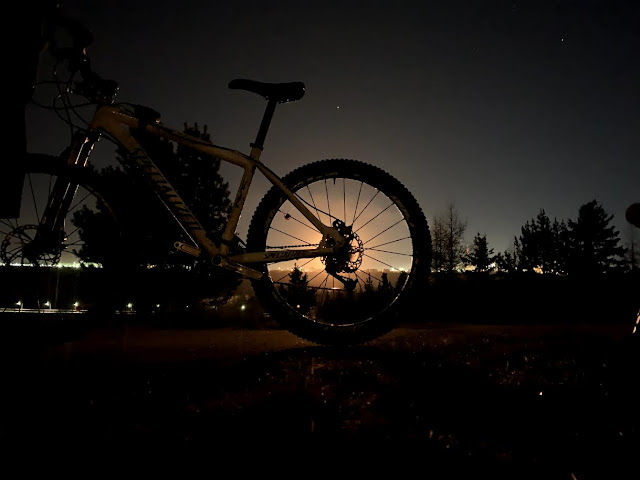 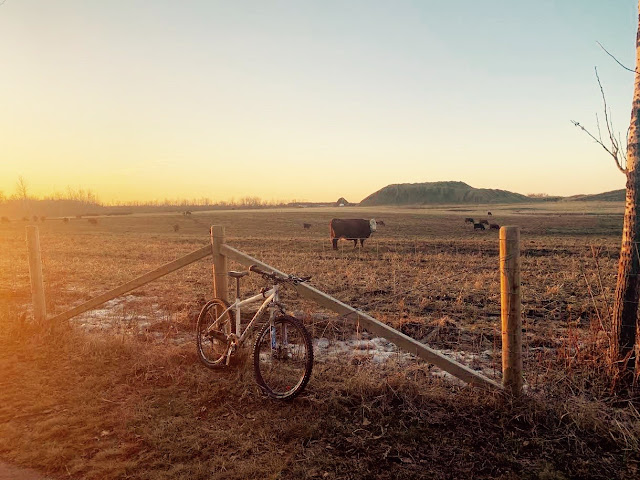 A carbon copy route from last Friday's ride. In fact I am pretty sure I parked in the exact same parking spot at the Science centre. Or is it center? The English language really is an asshole now isn't it? Kent joined me for this trip as I had mentioned doing this route going into the night would be kind of cool.

It was the debut of the shit bike for the year. Kent had the honour of repairing it and getting it ready for the season, fixing bikes is his thing and he is quite impressive at his skills. With the shit bike being completely ignored maintenance wise for oh I don't know... The last ten years? It obviously had a myriad of issues that he spotted and took care of for the time being. A new crank should be on the list of things to buy which makes me think... Scrap the shit bike?

The ride started problematic as the middle ring needs replacing as well and completely forgetting from last year of riding in the small ring and big ring only. Yes. It's old. I still have three rings in the front, now go ahead and cast your judgement! I'll sit and wait with a pair of Pit Vipers on smoking a fat Cuban.

The ride had it's issues all on my side of things but nothing to put a damper on a pretty great ride night. The definite lowlight for me was having my bite valve from my Camelback leak on my crotch and soak through to my underwear. It did make the cool side of things on the way back a lot colder.

One dog chased us through Edmonton's shittiest dog park and Kent handled the climbs on his fixed singlespeed like a champ. Once in the dark the burn off at the refinery was quite the highlight of the night. The photo's don't do it justice (other than Kent's artistic touch and my bike) as the flame danced and licked the sky while the surrounding hills reflected the light. It was pretty badass. 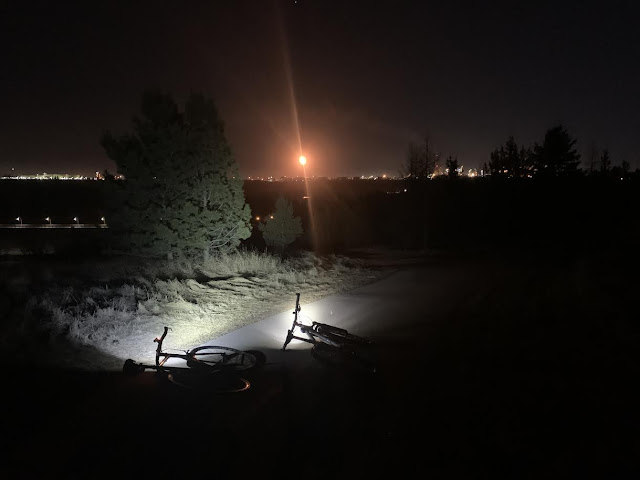 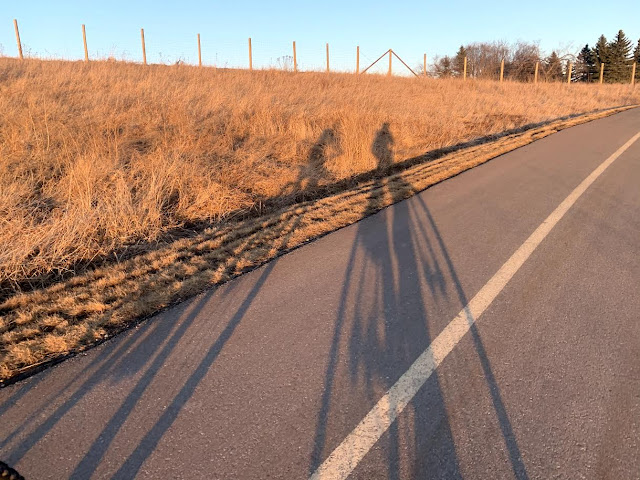 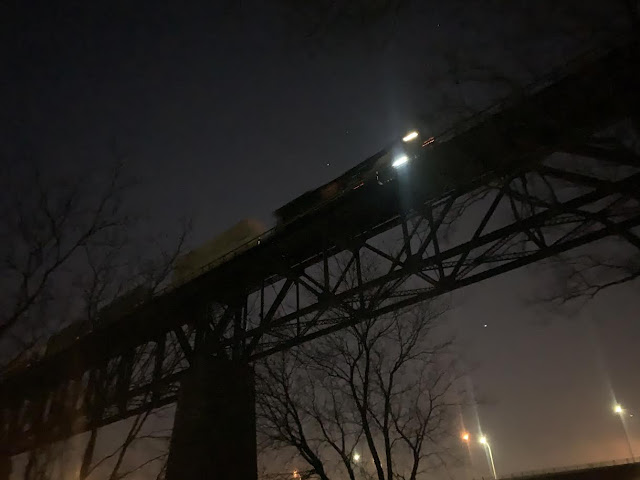 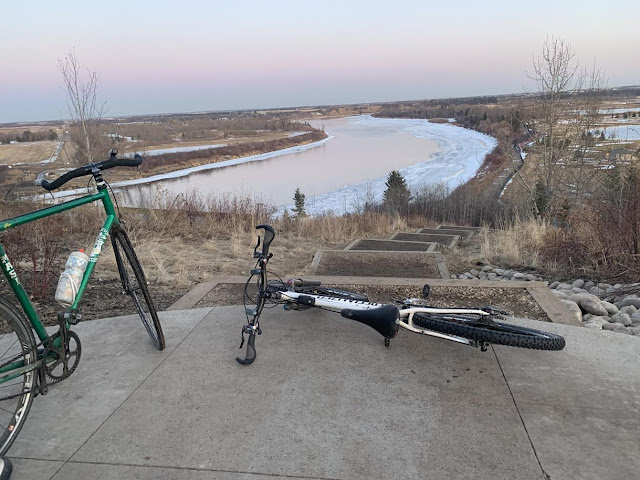