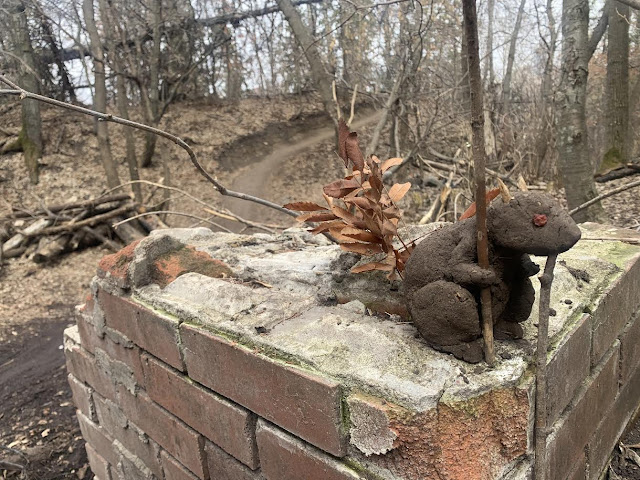 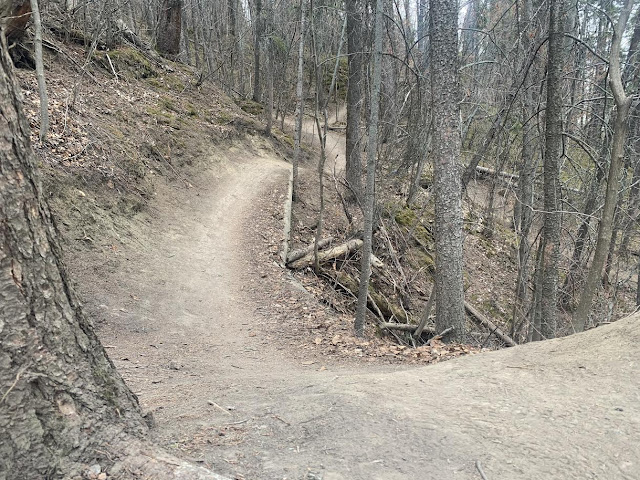 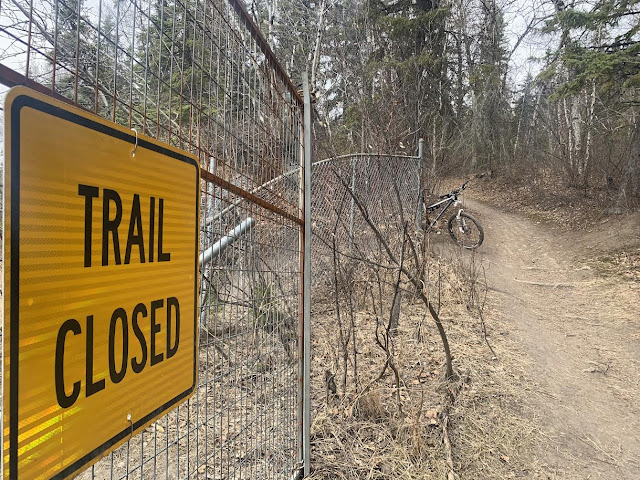 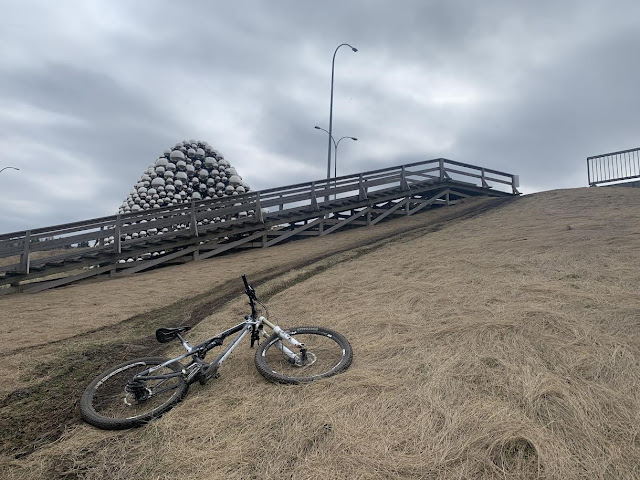 What makes a perfect bike ride?

I would say Spring or Fall with an overcast day with cool temperatures and obviously dry trail conditions.

The cool weather today gave me lots of fodder for a great ride, the trails are still not a hundred percent although most are open. There are sections of mud in all the usual spots with heavy ruts from people rolling through them.

With cold weather you get an empty valley which is my kind of Heaven.

The ride started near End of the World and I went direct to Six Shooter and Silver Fox and turned back westward where I soon found Raven. Oh Raven... My Lord that is a cool area. I plan on being in Winston Churchill square with a desk and sign that reads "Raven trail has got to be the most photogenic area in Edmonton for mountain biking. Change my mind."

That whole area really is amaze.

I took paved paths to the Quesnell and rode streets as part of the destined plan. Purgatory from the backside was the top of the order for the day for some reason.

After riding Purgatory down after hunting it down via an urban paradise I sat in the area of the bottom pic for a few moments and was really quite beside myself as I realized that area is a real great spot for trails. The original plan after coming down Purgatory and the new and very enjoyable Clamland was up into Bedsprings and all that fun Wolf Willow singletrack but decided against it given the mud on Purgatory.

My other option was Oliskew which had it's entrance a stones throw away from me, again I decided against it cause of a good possibility of mud (but I betcha people are still riding it). Plus the area does have a very high number of fifteen year olds doing sessions on Flat Pete for their YouTube channels.

Guys.. Seriously, where the hell was Youtube when I was that age!

The last option came and I immediately said it out loud (this is the part when the blog title comes into play) "Well I guess I'll finish on Selkirk Knights" as a couple was walking by. Pretty sure they heard and walked faster away from me. 'I'm on a bike you fools' I thought to myself. I blamed the headphones for my lack of situational awareness and started my journey that way.

Selkirk destroyed my big ego that I had developed last Sunday, You see? Told you it wouldn't last long. Lot's of foot downs on the power climbs and a very awkward weird wipe out after climbing up one and I fell down an embankment a little bit. Selkirk ended and the ride was pretty much over as I just had to get past the stable and climb out of the valley to the Jeepers. 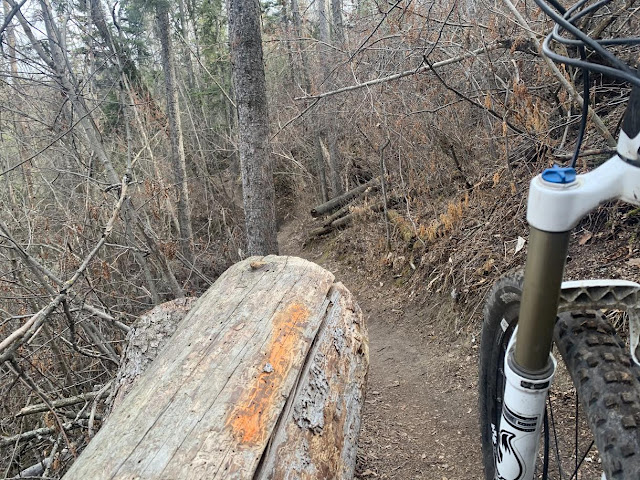 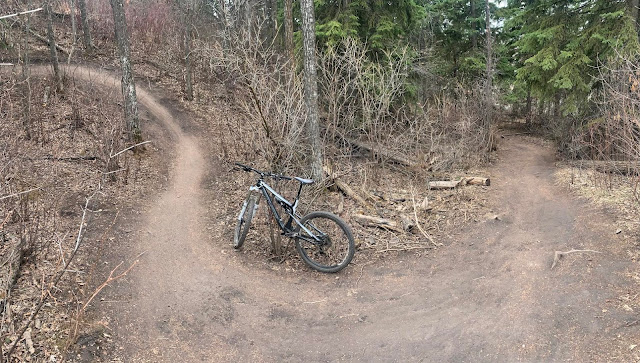