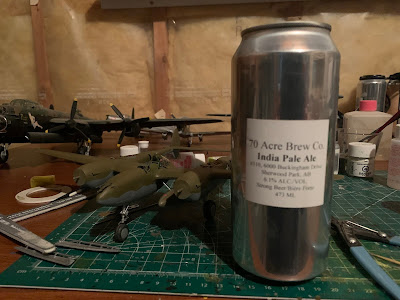 Yes I know it's Monday.

Beer Friday is turned into a brand I like to think and hope to sell merchandise and oh I don't know. Ad Sales and licensing profits? All so I wouldn't have to go back to work every Thursday. That right there would be pretty great now wouldn't it?

So happy Monday. This is a holiday Monday though and the real Monday is tomorrow so I am hoping you are reading this while setting yourself up in your cubicle for the week. Hey though.. it's only a four day week so that right there is pretty golden. Plus you can probably get out for a night ride after work you lucky son (or daughter) of a bitch. Post work rides? I don't even know what is anymore.

70 Acre is a local brewery where I have seen them making an appearance around the locals more and more as of late, good marketing or are they popular cause they are awesome? Their website is garbage and they seem to push people to their social media sites which seems to rub my nose the wrong way. Not everybody is on Instagram or Facebook, make your website number one if you want to be serious about your brewery. I have done a lot of these and always appreciate a well done website. Yes social media is important but make it second batter up.

I should start rating the websites when I do these.

So yes, local brewery, they have a brew pub in Sherwood park, the address is on their smashing website where there is no company history, a blog (gasp! No!) or most important, their beer lineup.

We poured this donated beer and it showed a golden hue of amaze tapped off with a light head that seemed to hang around for a bit. It was a bit deceiving as I thought it would dissipate quickly. Instantly I was intrigued.

We tasted and it was a bit shy of the IPA moniker. Yes I have been having a few IPA's lately and for the first few sips I felt like this one could not hang with those other guys. So we drank on, hoping things would change and it did get better. It does shy away from the now classic IPA bitter bite which is a wives tail of IPA's. Some are bitter and some are not bitter. This one did have a slight tinge of bitter (will he ever get off the word 'bitter') to it but you had to fight to find it. The texture and feel of grapefruit was there with a citrus feel to this one.

In the end, it was quite pleasurable. 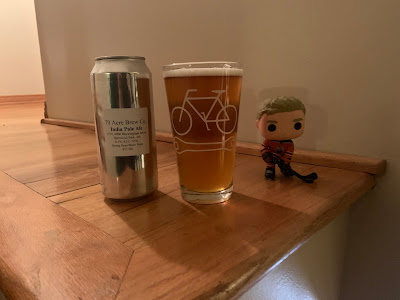