Beer Friday. Buffalo 9 Brewing, The Sisters in the Sky 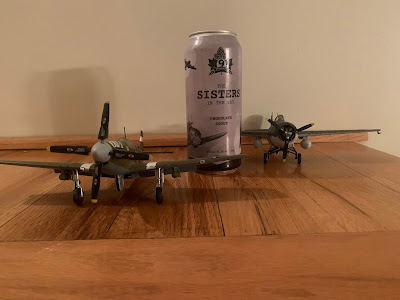 Winter rules and so does the beer that pairs well with the season. So we have a nice chocolate stout for the first December beer review of 21. Buffalo 9 Brewing is in Calgary and feature beers dedicated to our military which is pretty fucking cool.
For today we are putting their chocolate stout through its paces, the can features four Canadian military ladies who were pilots in the war as well as three of our aircraft which helped win the war preserving our great nation so we could keep watching hockey and curling.
Hell yeah kids.
We poured and were greeted with a nice dark stout that stood large in its glass tapped off with a three fingered head. Lacing hung on the sides of the glass in that sexy way that it does when it wants to seduce you like that hard to get girl at the country club. And hey! You are married! How dare you look at other women!
My plugged up nose picked up hints of chocolate (would you believe in a chocolate stout!?) I also got hints of coffee but the chocolate stood out amongst the hops. We sipped and enjoyed what felt like a creamy coffee and chocolate stout that was quite nice.
Yes. Coffee and chocolate are the standout flavours in this. Don't be shocked. This one reminds me of a good chocolate, coffee cake and I don't even like cake. Everything is there including the icing which seems to add to the creamy feel to this one.
This one is delicious.
This beer gets 4.5 suds out of 5. 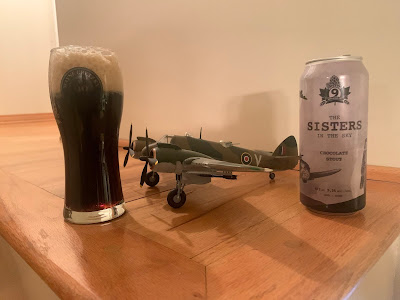