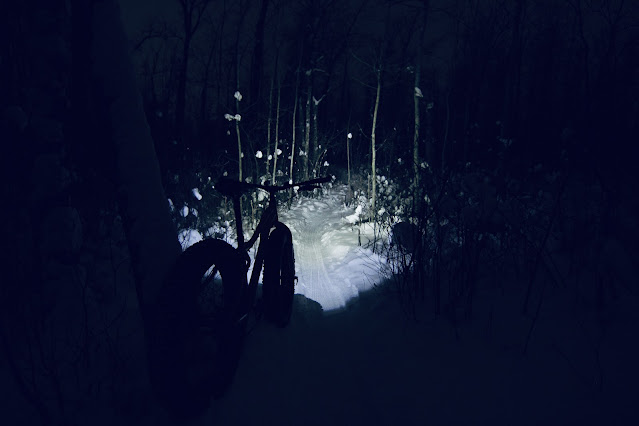 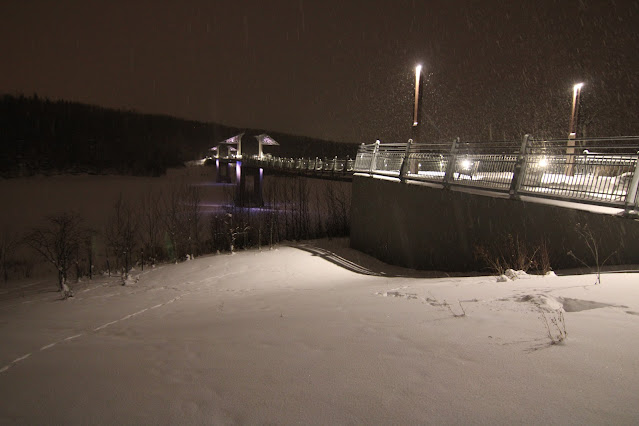 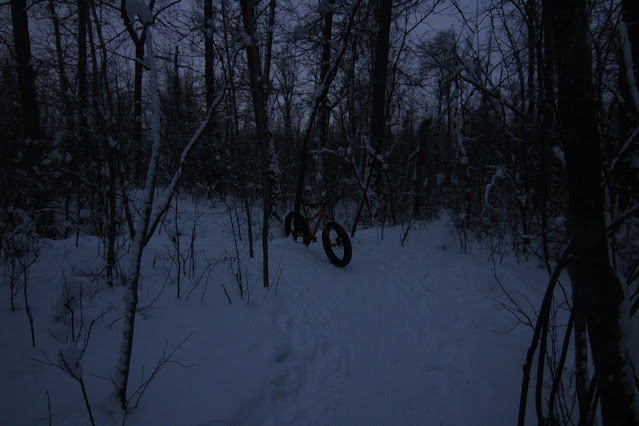 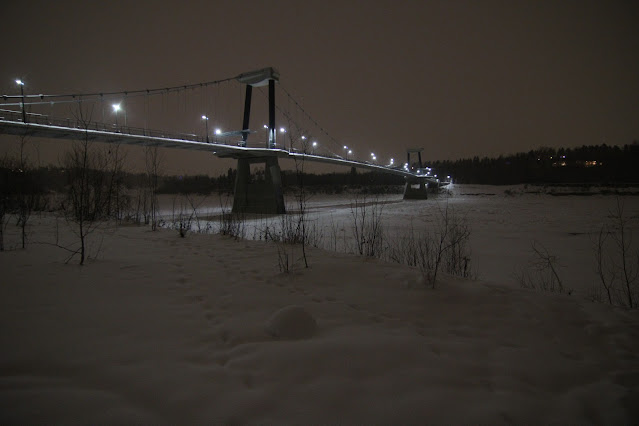 First ride of the year had a lot of amaze from picturesque trail side trees full of snow combined with the falling snow making one quite happy to be alive.
It was a Fort Edmonton start and I took the paved upper loop to the bridge and crossed and was soon on Flat Pete where ok trails greeted me, I say ok cause they were fine to ride on with any straying to the sides and you could be pulled in to the powdery snow.
I had intended to ride the loop in Terwillegar and return home but I had a brand new light which was a Christmas gift and this was a test ride. I had hours of riding time according to Bontrager but they did say cold temperatures say could diminish battery life.Tonight was cold but not near what the Polar Vortex brought in the last week, I think it said around -12° but it did feel colder in the dark valley.
I was a bit underdressed and not knowing the light too well the on, off button started showing red so I turned around after flirting with the idea of heading up into the hills and returned home via BDSM... is that it? Do I have the right name? Ugh. I really don't care anymore. It's the outside trail that runs along the river.
Yes, BDSM. I looked.
The lights? Very nice, my old NiteRiders from 2009 served me well and pumped out 400 lumens which were somewhat fine for dark fall no snow pitch black rides, yet the new Bontrager is 700 lumens which was noticeably better. It cast a very wide ray and like I just said 'noticeably' better than the old NiteRider. Plus no lame battery pack affixed to your frame. It was a bit like daylight for me out in front of my bike tonight.
It's nice to be in twenty-twenty-two when it comes to bike lights.
Happy New Year.
*edit, will post a pic of light next post when I remember. Doh!
at January 01, 2022