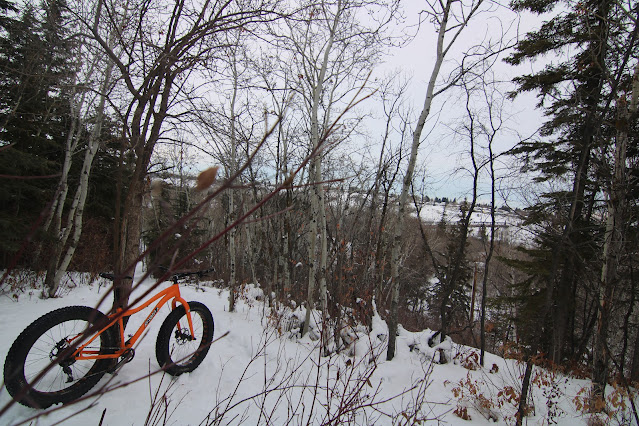 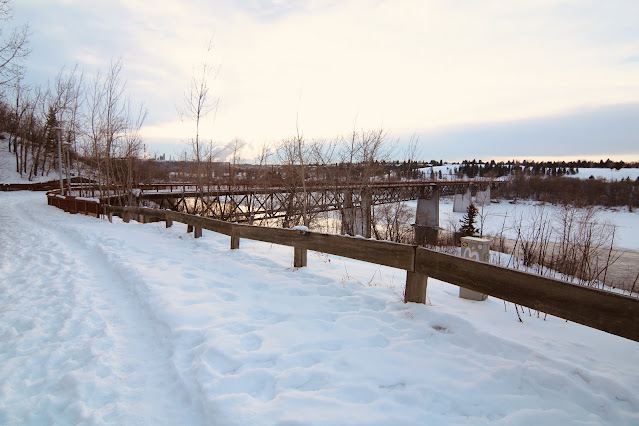 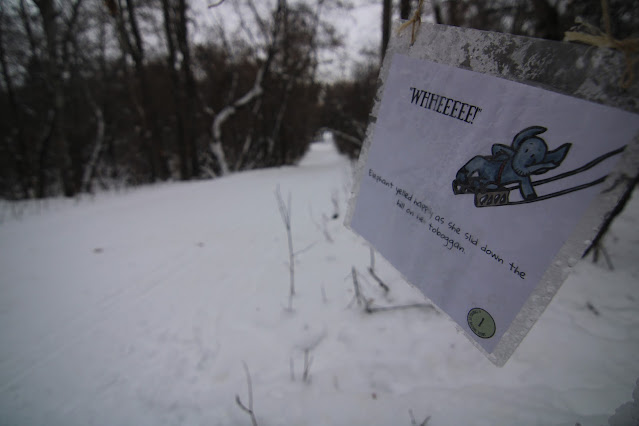 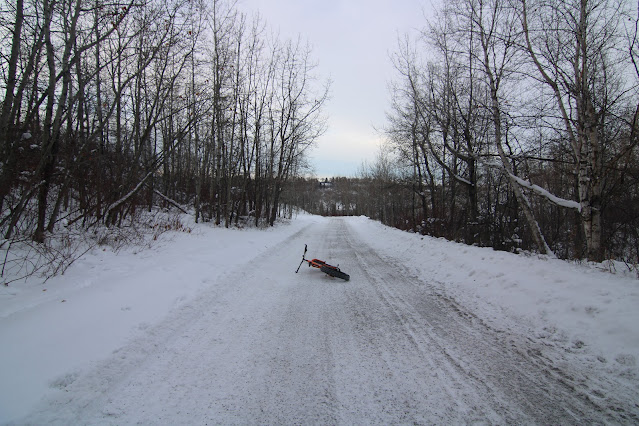 The climbs on Hustler did not come with the same vigour I had on Gold Digger and I ended up walking lots of them. The snow was ok on the west side of the trail but soon after I crossed the ravine things were a bit dicier. It was all rideable but the hikers had outnumbered the cyclists quite a bit and the result was a pocket marked trail which was a bit bumpy.

I did want to explore the multi use and cross country ski trails of Goldstick park so I rode away from the trail where Hustler turns around at the bridge and rode to the end and top of the ravine where it dipped back into the trees looking very inviting with the exception of some utter fucktards most likely in pick up trucks who had driven on the trail down into the ravine and turned around at a bridge. The trail was quite ruined in several areas so some douche could out 'big dick' his Ram driving friend in his F-150.

I rode the east side of Hustler and soon found the Ainsworth Dyer bridge and decided to get some kilometres in so I rode to the ski hill.

it was all uneventful with the exception of some glare ice patches which were handled by my tires quite well much to the astonishment of some onlookers. I guess some people have not seen winter bikes before.

I decided to take Gold Digger back after my loop to the Sunridge ski hill parking lot and back and it was a lot more fun coming back than going in. Moon Raker finished the ride and I was back at the parking lot.

The valley was surprisingly quiet for a decent day, was it the rain yesterday that scared em off?

In the end, things were fine and not slippery on most trails and paved paths.