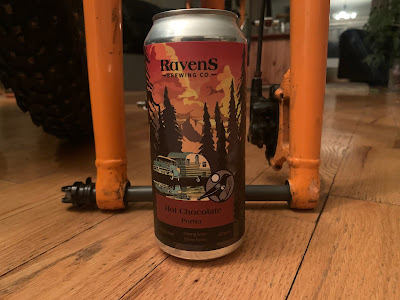 Instead of a ride report it is a beer review after an attempt to ride singletrack in Fort Saskatchewan  knowing the whole drive out it might be too shitty and this was all for nothing.

A big shocker kids. It was terrible.

Heavy ice was on all the steep sketchy features and the final dagger for me was falling down and landing on the ice so hard on my elbow and ass region so hard that I had an instant headache. You know those ice wipe outs that happen so fast and soon you are withering in pain sprawled out on the ice wondering how that happened.

This week is turning into a big lack of riding disaster again all thanks to the terrible conditions. Fort Saskatchewan was a huge mistake and I ended up there when a planned ride in Elk Island was diverted to Fort Sk. as I thought I would run out of light. In hindsight I would have had plenty of light and possibly better trails. The advantage Elk Island would have was wide double track with no sketchy climbs. The damaged trails from foot traffic and warm weather from people sinking into the snow would have probably done me in as well. The next ride will be multi use and paved unfortunately and thoughts of pulling out the shit bike have gone through my head.

Abbotsford, British Columbia its where this one grew up. A good website with plenty of info was there although I could not find this beer.

We poured a dark beer that filled the tester glass with a dirty golden head which added to the sex appeal of this one. The lacing and head did not sit around for very long and we were left with a shiny black porter with a few bubbles congregating along the sides.

A smell of cocoa with hints of dark fruit (is it blackberry?) greet you when partaking in a sniff. First sips gave a weak effort if they were going after hot chocolate flavouring. The cocoa was there but the other statuses overpowered it and it was Well would you look at that, the tastes seem to match the smell!

Happy Valentines kids, stay safe out on those trails. 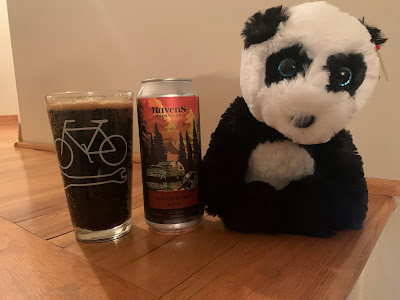