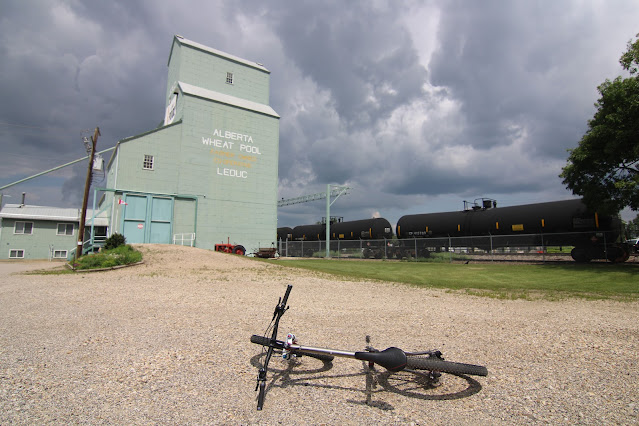 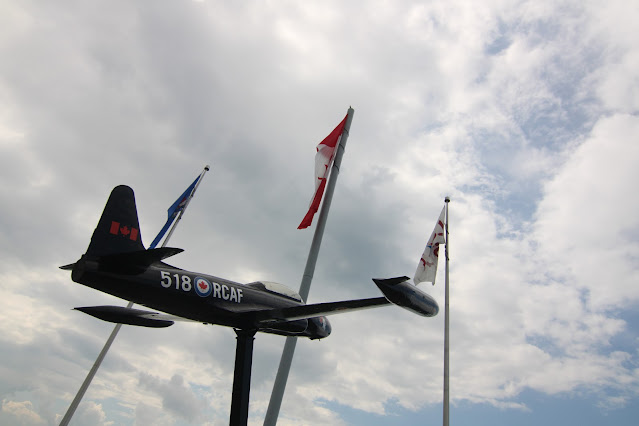 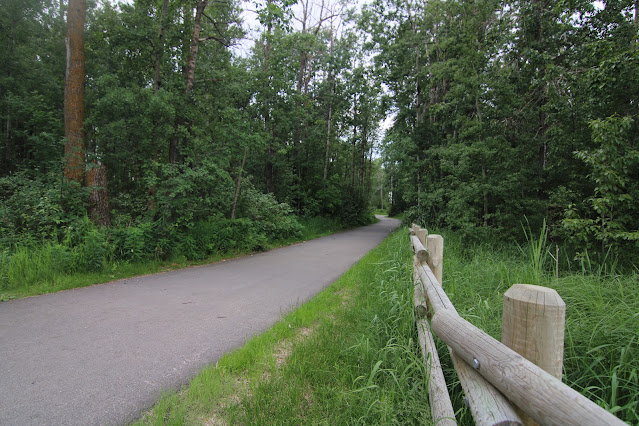 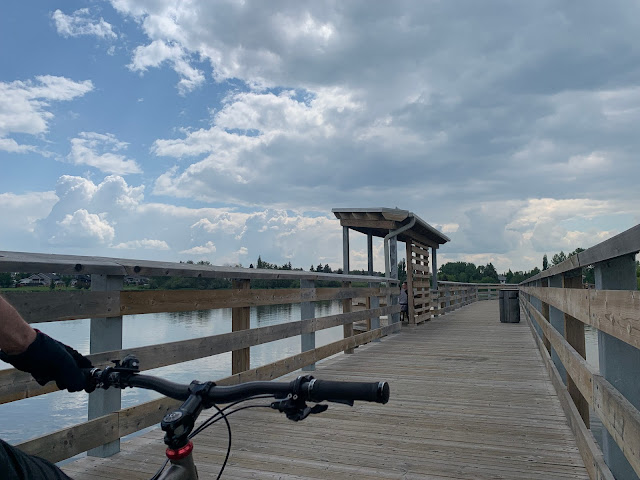 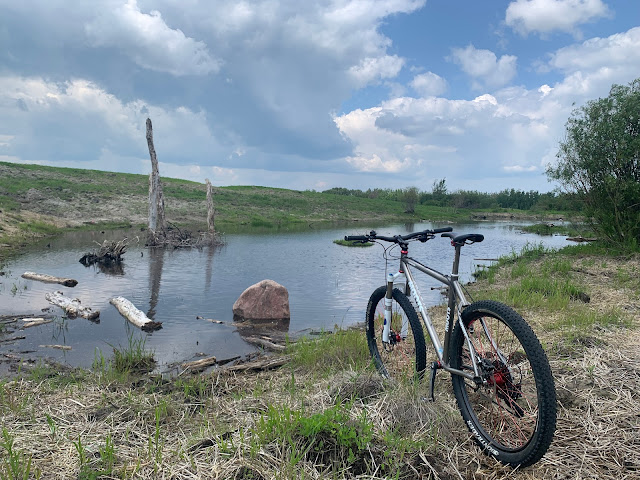 With more wet trails in the forests of the great trails in the river valley I knew it would be a wet themed ride yet again. As I was leaving the house I made a quick game time decision to go to Leduc and see where their paved trails lead to.

I will admit I showed up there with a heir of arrogance thinking Leduc will be worse than Beaumonts paved trail systems. I am not sure why I thought that but I have always had a weird hate on for Leduc. I am most certain it is a sad territorial thing being from Beaumont and having Leduc as our neighbours.

Cause where you are from matters right and fuck everybody else who lives in neighbouring cities.

I started at the recreation centre after aborting at the entrance to Telford lake as the lot was quite full I was surprised at the amount of people at the trailhead. Well most people walk the boardwalk that spans out over the lake as I have with my family back in the day.

The paved trails led to a campground where I rode around in stunned silence seeing people unpacking their rv's about ten feet from the other guy unpacking their rv. I did find some more sheltered spots in the trees but it was insane as it seemed like most people were in the wide open areas with zero privacy.

I found the trail around the lake again and made my way. It was nice being paved but felt the pavement took away from the nature and I think a double wide gravel, dirt trail would have been better. They had a number of garbage cans and lookout areas as well on the route complete with port-a -potties but I ain't no pussy and I peed in the trees. As I rode through the trails I mumbled to myself "my Dad would have really liked this place."

It did have a good outdoorsy feel despite the pavement. On the outer loop shops from local oilfield fab businesses could be seen in the distance encroaching on the land reminding you that you are in Leduc.

I scooted west after and crossed under the infamous hwy 2 bridge and entered the Leduc Reservoir where an old Canadian T-33 (I believe) is mounted on a post. Once again, My Dad would have liked this…

The paved took me on a much smaller loop around a smaller body of water. I  returned back via back alleys keeping myself away from Main Street before it becomes Main Street if you know what I mean you local Leduc people.

Or maybe you have no idea what I am talking about cause this is all made up in my head.

Then it was old school Main Street taking me home in style making me kind of want to go burn down all the McDonald's and Wal Marts that litter every towns suburban areas killing every towns core.

Mind you, Leduc's didn't seem to be hurting.

In the end. I was quite smitten with Leduc. The ride through the old neighbourhoods grew some charm for me. 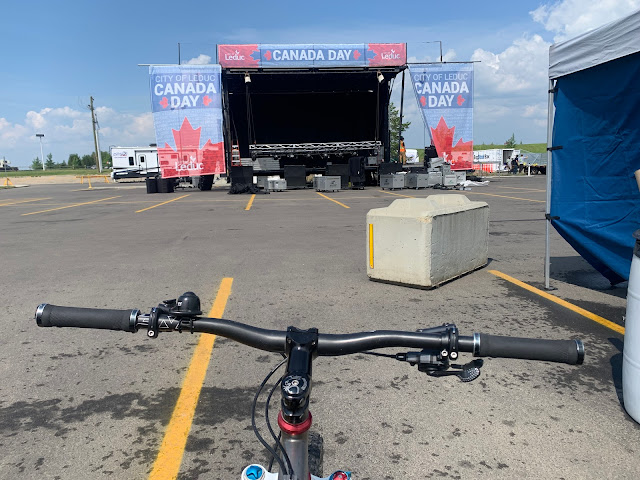 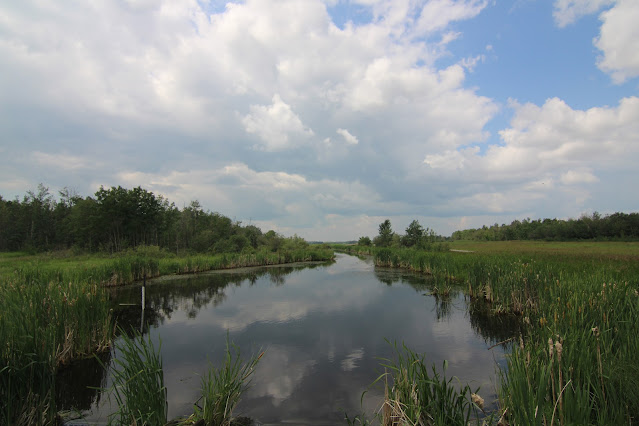