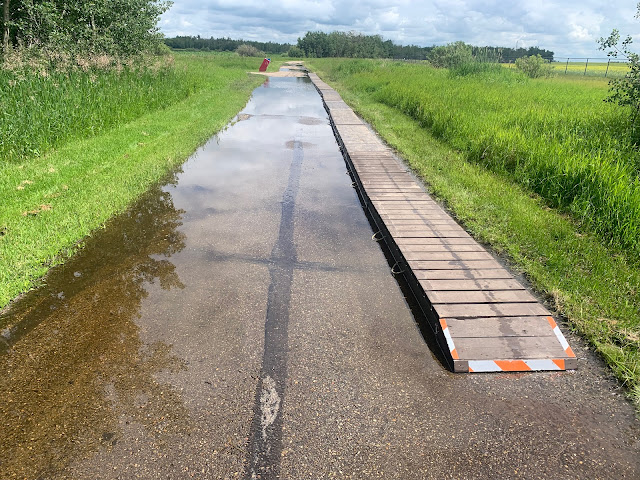 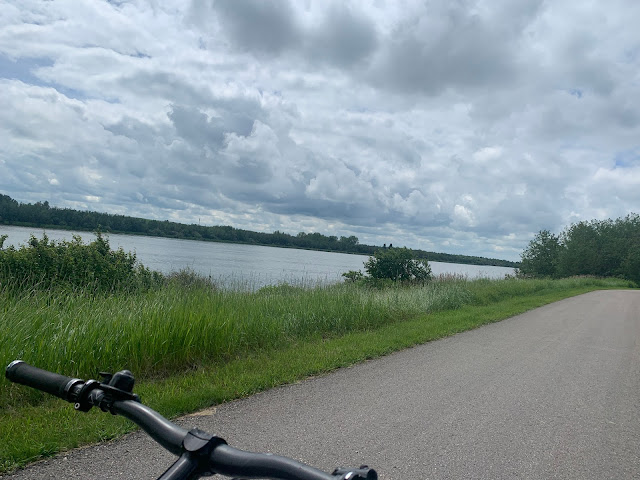 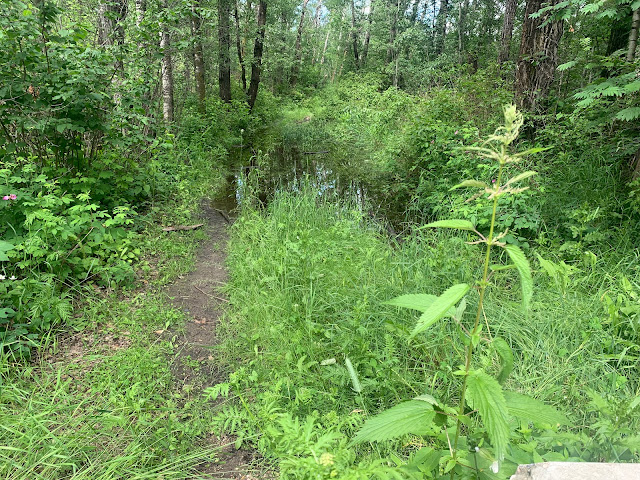 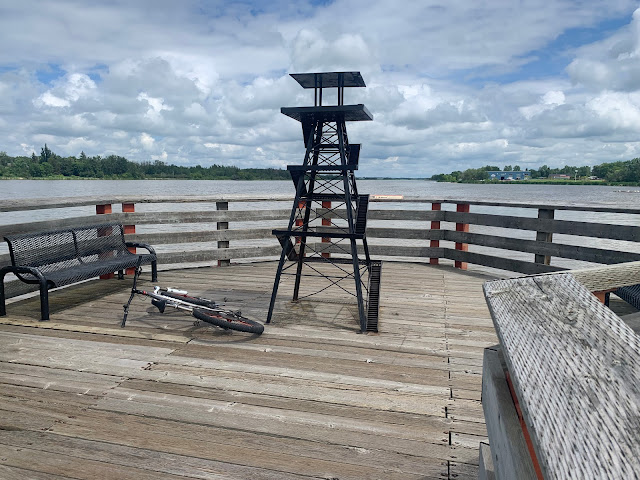 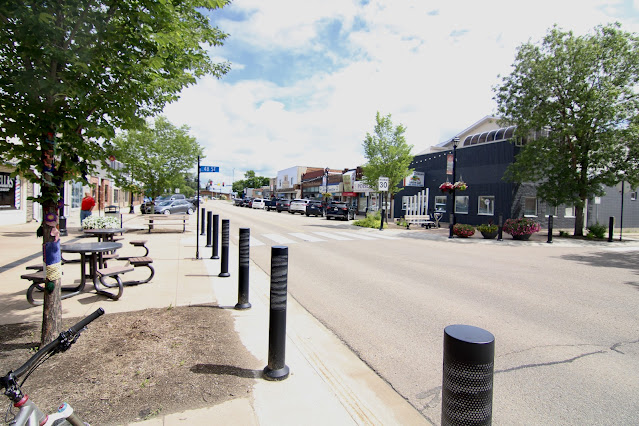 Wetness galore had me searching for more non trail riding options and I ended up in Leduc after turning down another local ride here.

It was still quite nice as I started in the same spot I did last Thursday and rode around Telford lake. I did not get away from the wetness as a lot of water was on the paved paths even forcing them to put a makeshift bridge over a trouble spot.

Some crazies were out today and I wondered if it was a Leduc thing. I passed two older gents on e-bikes and both of them yelled something as I rode past. I had headphones going and honestly did not care to interact with them whether it was good or bad. It sounded bad from the tone although I did announce my presence via a bell and passed in the grass giving them lots of room.

It was an older woman that yelled at me to get a bell as I came around a corner and hit the brakes quickly startling her and her only. The brakes were wet so they squealed and she jumped, although nobody from her group of about five jumped, it was just her. I had evil visions of turning around and gathering a ton of speed and blowing by her, hoping she getting startled and fell into a puddle or a pile of dog shit but quickly dismissed those bad thoughts as that would obviously be quite douchy.

Yes, I ride with headphones. A touchy subject that got me into trouble versus a car this set off. I have nothing to say to defend why I wear them. I just like the music is all.

I headed south after the lake along the train tracks for a bit. A bigger cloud had me turn around and head back. It didn't look to menacing so I took the long way back around the lake.

In the end, Leduc impressed me again. It's real cool in the right spots.