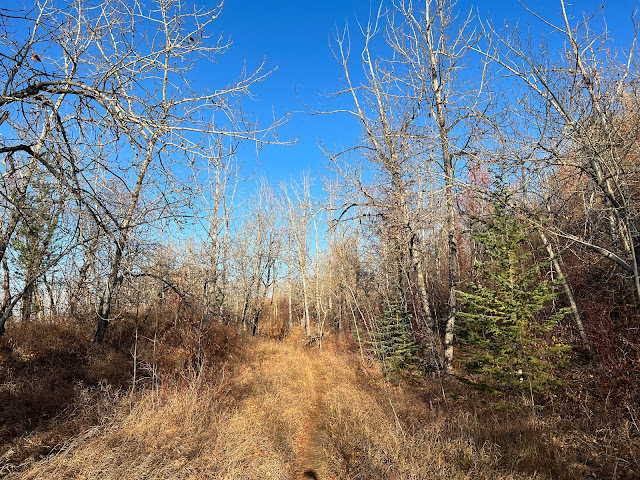 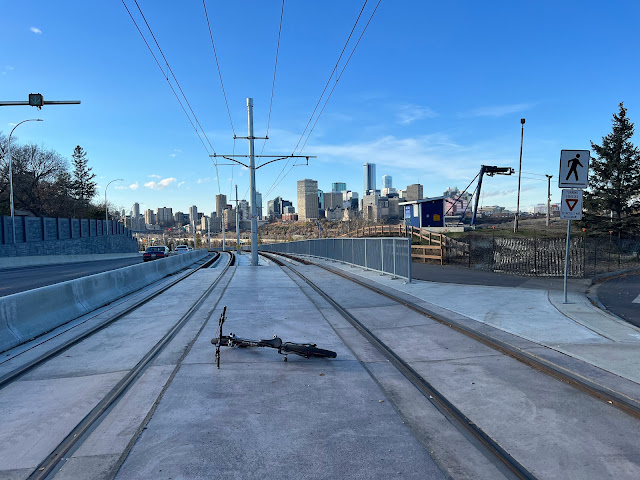 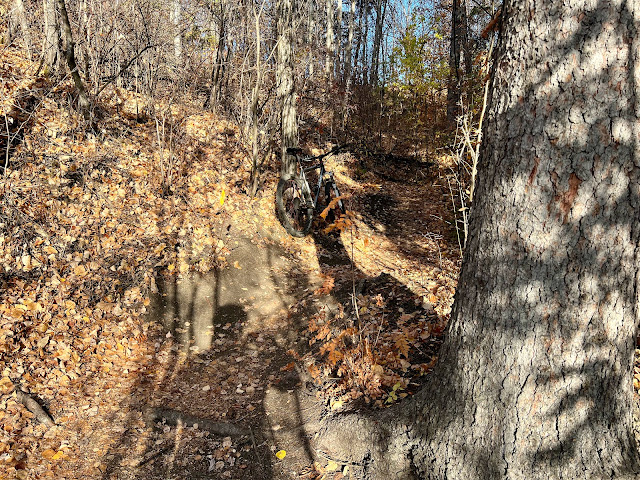 What could be the last ride of the set off was a great eighteen kilometre ride from old school Mill Creek to the lower Ewok Forest river trail where I climbed up and crossed the Dawson when the fatigue from the last two rides hit me.

It wasn't terrible but it was enough to knock me off the climbing game as my legs wanted no more of riding, well climbing in particular.

It was Camel Humps that took me out to the valley, an area I have not visited in a long time. It used to be a consistently ridden trail way back in the day and I wondered why I kind of forgot about it when I remembered the never ending LRT construction which would have kept me and most others away. I enjoyed the trail so much that I came back and rode it up.

The Tawatinâ had two southbound crossings on this ride. I was quite pissed at the dumb city for having closed the trail that leads to it from Riverdale with no warning. The city seems to do this a lot proving its complete lack of respect for cyclists and others. I could not imagine being a bike commuter and having this happen all the time.

I snuck in to the closed path and saw they are doing some sort of sewer work off the trail. I was miffed and saw they had lots of machinery they were using and obviously don't want knuckle draggers like myself lurking about.

Why can't these assholes just put up warning signs?

The second Tawatinâ crossing came after I looped around after getting lost in the Queen singletrack next to the bridge. I looped through the Low Level and back to the fancy new bridge and up Camel Humps.

A great ride, a shame my legs gave out. It was a little cold but still amazing.

*sorry about the shoddy pictures in this one
at October 25, 2022