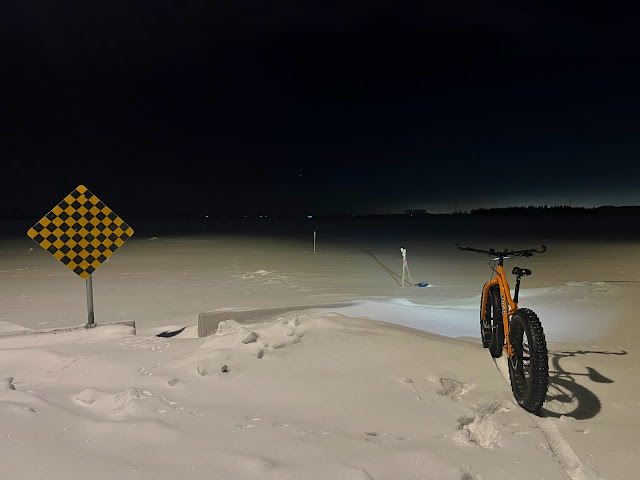 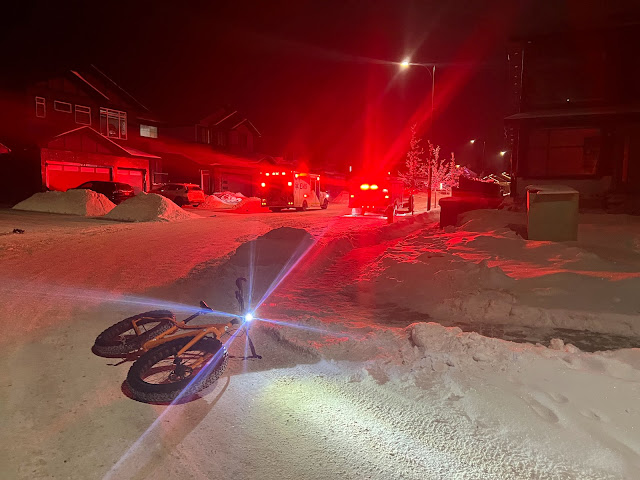 Oh who am I kidding… Nobody who rides bikes is a judgy pretentious douchenag right?

The ride was ok as it was local and made the most sense given the night shift fatigue and lack of riding as of late. A house fire over Christmas (no pic) happened and I ventured out to find it given a vague idea of where it was. Mysterious lights in a brand new development had me intrigued coming home into town. I assumed they were for a man made lake but wondered if it was a new street with lights and no houses yet.

The burned house was found and there I crossed town into the new area to find out what those lights actual purpose was for. No pics of the burned house were taken and I was surprised there was no damage to the other houses given that it was a new neighbourhood.

I got into the new neighbourhood of Elan and rode through the show homes and empty cold basements waiting for someone to throw a house on top. Nobody seems to be living in the neighbourhood yet and had to backtrack through empty snow covered streets to find the entrance to a man made lake which featured the mystery lights. The scene was quite nice as the snow had the area blanketed and the lake at the bottom of the incline was quite cool looking as the lights put off a cool vibe. EXCITING PICTURES BELOW!

The ride back was slow an uneventful. Fingers crossed on an end of year valley ride, we also have our last stout to review for the holidays.