The verdict today ....................way too many people smoke pot ! I smelled that shit everywhere . It is really quite sad because it`s a beautiful day out there and thats how these people want to spend it . Oh well , to each their own I guess . I probably wouldn`t have seen so many if I didn`t come downtown (mind you there were people in the valley smoking too) the oilers are going to hold tryouts here later this afternoon
I ended up going downtown because the trails were in bad conditions . I blame the rain we had on Thursday . It was a virtual skating rink on some spots and it was real sketchy to ride without studded tires . I had only a few skidouts and no crashes thankfully (ice wipeouts hurt)
All in all, a short ride today . 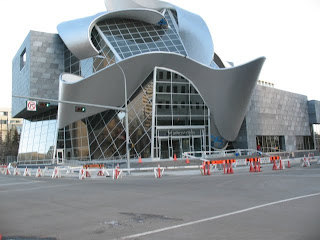 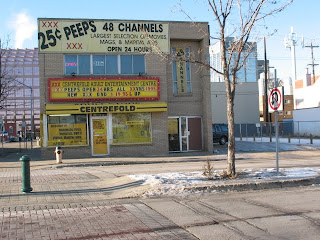