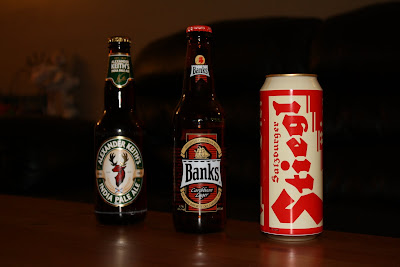 Whats this you ask . A new years eve beer testing extravaganza ? Why yes is is ! I chose three fine looking beers from around the world including one from our own country . Canada . AHHH I have a tear in my eye as I type this ...........................what the hell happened to the font ? Weird , I cant seem to find out how to get it back to normal as my mad typing hit some combination and voila . Anyways , on to the testing . 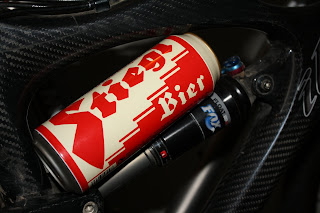 Stiegl beer (bier means beer , in case you were wondering)

With this first test I have to admit I was a little apprehensive as I have tried other strange never heard of before beers and was not too happy . Yet Stiegl (which means stairs) made me a believer again , this is some good stuff . Tastes like a good old regular common ale (my lord , I`m such an amateur) No bad aftertaste , and all that other stuff I say when I want to try to look like I know what I`m talking about . 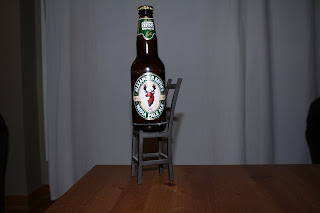 Established in 1820 (so it says on the bottle) this beer has been around for a while . Halifax Nova Scotia is where you would fine this great Canadian landmark . Alexander Keith emigrated to Canada in 1817 and opened the brewery in 1820 . Little did he know that he would become a Canadian icon . Alexander Keiths beer sadly belongs to Labatts now .

In all my years I have never tried a Keiths untill tonight and Oh my ! What have I been missing ! This stuff is great ! It`s much better than all the mainstream beers out there . Each sip is like having sweet beer fairies dancing around my mouth . I can honestly say nothing bad about Alexander Keiths India Pale Ale and would highly recommend it to all who have not tried it yet . 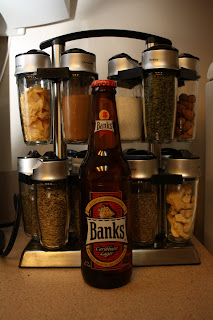 Now that I`m into my third beer I can`t help feeling a little tipsy .hhhhhhhhhhhhey Have I ever told you that I really like you guys .....................I do I really do ......................I`m not just saying that . O.k Banks is located in Barbados and has been around since 1956 , from what I gathered from their website they are Barbados and Guyana official party beer . You know the kind of beer that all sorts of silly pasty white people drink when they vacation in these countries . How does it taste ? Lets see , shall we.

First taste , a little weak , shall I remind you that I just came off an Alexander Keiths which blew my mind . Banks isn`t too bad though , after I settled into it I was happy with the taste and couldn`t help daydreaming of what it would be like sitting on a beach and sipping a few of these . Oh wait were in Canada and the temperature is - 25° .................Back to reality ! This is good beer though and yes I would recommend this one too .
Banks beer gets 3.6 suds out of 5 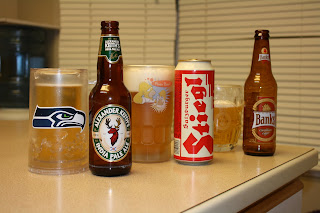 in the end , they all were winners except for the seahawks 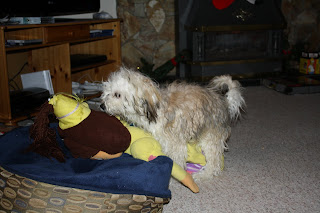