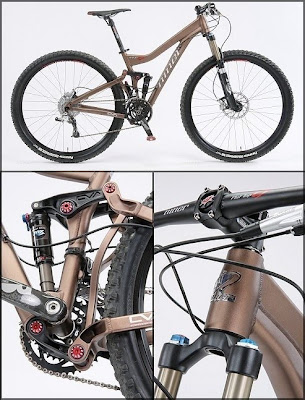 Yes , I`ll admit it . Big wheels scare me , I have never rode a 29" wheeled bike but sure am curious . In the mountainbike world there is a big debate over which is better 29 or 26 (the standard) The 29er guys preach about how great there bikes are like an overzealous fm radio dj ..........................Yes it can get quite annoying . I`ve wondered though if I`ve been missing something . The one thing about big wheeled bikes is for a guy like me they won`t suit the trails around Alberta . For one reason they don`t handle well in tight singletrack due to their big wheelbase , the other ,big wheels are hard to get going . For a tall rider they are a great bike because he is more suited to the size of the wheels . The advantages of 29ers is they roll over things way easier than regular bikes , and they can fly ! I rode with a guy late last year and was how impressed with how fast it was where he didn`t have to exert as much effort .

So bring on the R.I.P 9 , Niner bikes was founded by a couple of guys who met on a group ride . Now that`s awesome ! The company only makes 29er bikes hence the name "niner" , with the R.I.P 9 being their most successful bike . It has won several awards and is a very popular bike for the big wheel crowd . This bike features "CVA" suspension which was an in house design which is pretty cool considering most high end frames share a patent (Ibis) The suspension works extremely well hence all those awards . 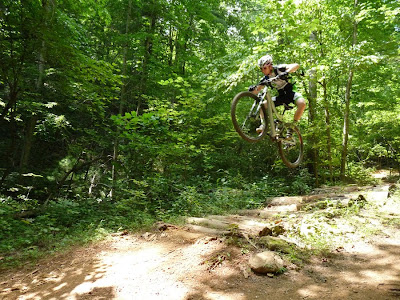