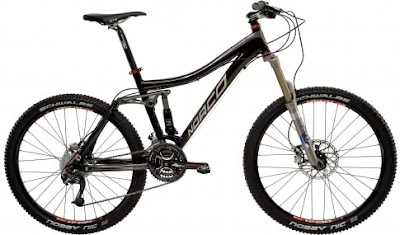 Looking waaaaay back my first mountain bike was a Norco , from there I discovered Rocky Mountain and the rest is history . I probably never gave them much respect because the Norco I had was a lower end bike and that`s pretty much how I associated them as far as quality goes . They were often found in "lower end bike stores" that sold hockey equipment and roller blades as well ..............Oh yes ! Serious bike snobbery right here ! What is wrong with me ?" You`re a Prick"..................... SHUT UP SHERI ! (that`s what I hear in my head , I have serious issues ) Over the years I`ve noticed that Norco has really come on strong with some nice quality rides , and not so much . Yet which bike company hasn`t produced crap when experimenting with dual suspension .

Alas , after all these years there is finally a high end Norco bike that I would give serious consideration to buy . The Norco Fluid the perfect answer when wanting to go out all day and bomb down aggressive trails . Classified as "all mountain" the bike delivers 5 inches of plush suspension via a Fox RP23 shock and Fox Float up front (on the higher end models). The lower end models have Rockshox up front and back which ain`t too shabby . The frame has a hydroformed double butted aluminum frame with a sloping downtube to keep the boys below happy . The rear suspension is a take from Specialized FSR suspension which obviously is very proven . 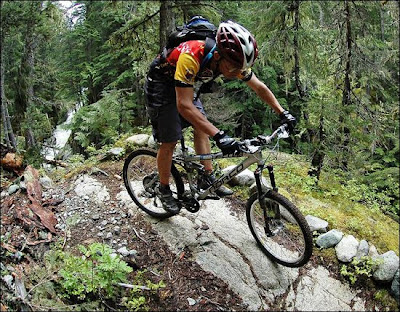