It's a Beer Friday Christmas miracle 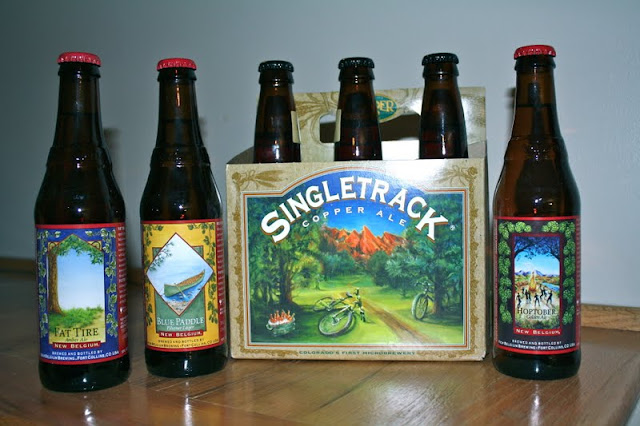 Christmas can happen in August right? well it did for me. A dear friend just returned from the holy land. Not the holy land of Jasper, but Grand Junction, Colorado. And with him he brought four fine outdoor themed beers to test. Two of which are Mountain bike theme orientated.  The famous New Belgium's Fat Tire Ale which I've partook of several times (thanks Seattle), and Boulder Beer's, appropriately named Singletrack.  Once the bike themed ones are out of the way, New Belgium's, Blue Paddle and Hoptober will be given a fair shot.

For now. No reviews till September second. Events are happening that forbid me from reviewing beer. These four new blessings will be sitting and waiting for their "approval" (me thinks the bike ones will have the pleasure of a strong bias from the reviewer.) Yes. I'm going to milk this, other bought beers will be thrown into the mix prolonging the reviews. Really. I don't feel I should be reviewing bike beer when I'm not riding a bike...