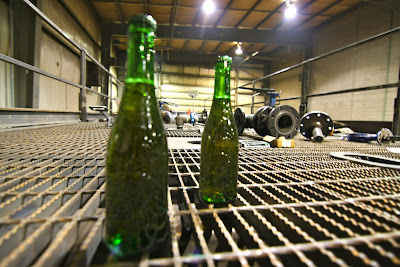 Well this is officially the most difficult beer on here that I had ever had to type out. I don't want to attempt typing it again so from now on we will just call it "Spanish" which is where it's from. That's Spain for all the slow readers out there. The company was founded in 1925 the same year that the New Yorker published it's first issue. What the New Yorker has to do with Spanish beer is somewhat of a mystery but they were born the same year so lets let them relish in that will you?


I can honestly say the one thing this beer has got going is it's looks. The slender sleek green bottles give Spanish a rather "sporty" look and the thought of pouring one into a glass just seemed so wrong. So I didn't. The cap came off via a bottle opener and I was treated to a limey, skunky smell that didn't offend at all. In fact I was intrigued. The first sip was a tad weak, albeit I had worked all day and into the night, eventually getting home at nine so my beer palate was thirsting for something a tad stronger. I took that into consideration and had some more and it came around for me. It was good a slight hoppy taste with a skunky tinge. Skunky sounds bad but it works well for Alhambra Reserva 1925 aka "Spanish." 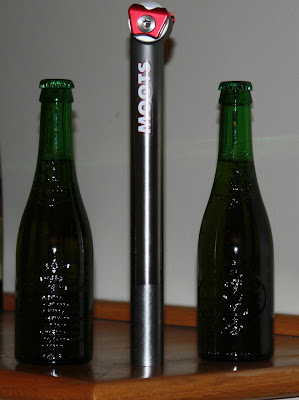