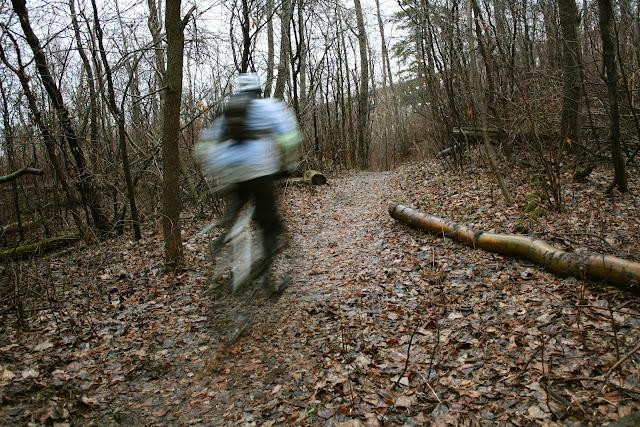 A ride I didn't even think about planning until I was five minutes from home after a fun week of work. A day full of pissy weather which mostly included rain and some flurries that didn't materialize into much. A day that would be best spent riding in the river valley, not spending at work....

So after work I made the swift decision to pack up my gear and go, thinking these are the kind of bike rides that are incredibly good.... And it was.

These are the kind of nights I dream of. A wet cold dank river valley with nobody in it. There was very little "mountain" biking involved. The singletrack which is still recovering from a mild Winter is much akin to overloaded nasal fluid. I rode a little multi use but stayed mostly on the paved. I popped out of the valley and rode through the mean white trash, enraged streets of Edmonton, crossed the holiest of holies as far as local bridges are concerned, descended and had the south side of the valley to myself for a return back to Mill Creek.


The feeling in the valley with the wet weather, and the wind was awesome. Best ride of the young year thus far!