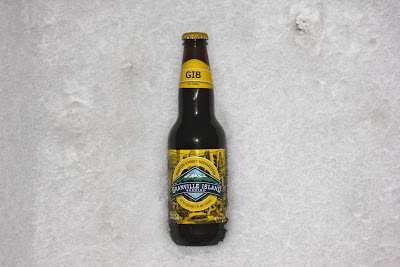 After a one week absence we are back. Sadly this one has been a fight and still is to get done. It was a tough week of work, truth be told I just want to hide under some blankets and take refuge with some Enrique Iglesias c.d's and some Kevin Costner movies. Wow. Maybe I should have just rode my bike more last week. That there brothers and sisters! That's the answer!

This brewery is now making it's third appearance on the Beer Friday institution. A brewery in Vancouver established in 1984. Home of rioting, looting crazed hockey fans.  Vancouver has always been a keen interest for myself to one day pay a visit. One day Vancouver... One day. Robson Street. A very posh, popular street in the great city of Vancouver is what this hefeweizen is named after. Hefeweizen, another name for wheat beer which should have low hop bitterness makes it's third cousin "India Pale Ale" seem like real distant third cousins.

I poured and was impressed by the murky dirty golden colour that showed up. The two fingered head was evident and when the beer was downed minimal lacing was on the sides of the glass. Meaning only one thing: This beer is a sly one! The first taste showed me something fruity. A few more and there were traces of bananas and grain. All in all, the taste wasn't anything too great. It did seem a tad watered down and when I was finished I wanted something else. Would I recommend this to somebody enjoying their Friday night? I think not. 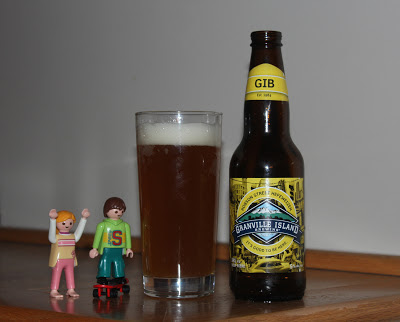