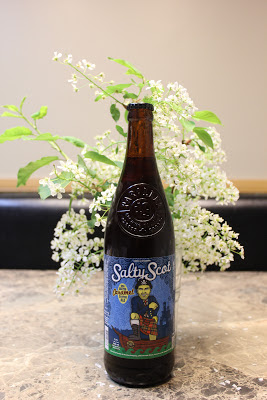 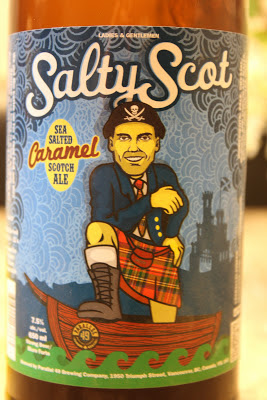 Coming to you on a wet soppy night. It seems as though the rain God's have decided to let the sky's open up over our perfect little trails, soon after this the blind corners will be all that more dangerous so have your wits on you when your on those sexy mountain bikes and don't run anyone down. That shit is bad press for us..

This beer is awesome beyond words, and I haven't taken one sip yet. The label up above had me at first sight and I wanted to give it five suds right there. Alas, me being a true professional I hunkered down and poured with my crew of beer testers at my side. Parallel 49, the brewery behind this masterpiece of a label was started sometime after 2008 when three friends quit their jobs and opened a restaurant. The restaurant became an established hang out of beer dorks and the brewery started shortly after. Some people are so lucky!

The beer in question is in their seasonal and rare lineup, so I feel even more honoured to have this fine looking masterpiece in my test lab. They use sea salt in the brewing process which should be no surprise as it says that right on the bottle. What else could there be? Caramel you say! Holy shit! They use that too!

I tried to contain myself tonight over the pour but it was just too perfect, yes the beer performed admirably but I was impressed by my sweet pouring skills. It was a perfect pour that showed off the dark caramel coloured beer topped off with a two and a half fingered head. The first sip was as expected and caramel laced with a nutty taste filled the tastebuds. I didn't find any sort of salty taste but that was not a let down, I wasn't too excited for a salty taste in my beer just yet. Just extremely good craft beer awesomeness. The heavy lacing on my glass was icing on the cake on a perfect beer night. Go out, find this, and enjoy. 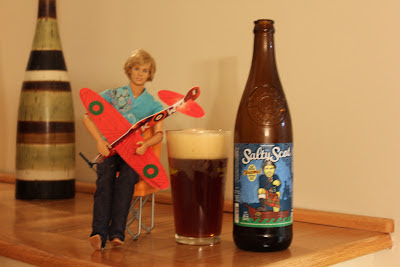