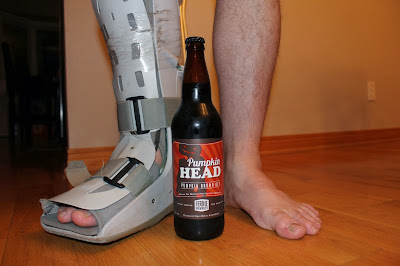 On this, a rather somber Saturday as I am still reeling in all the thoughts and anger from this absolute shit year. Well thankfully it's October and all the best beers and of course, coffee's are out to try and cheer me up. Yes I said it's October. The best month of the year for riding closely followed by September.

From Fernie, British Columbia. One of the most amazing places in the world, oh who am I kidding. The entire province of British Columbia is one of the most beautiful places in the world. Fernie brewing was established in two thousand and two and is just on the outskirts of this beautiful mountain town where I'm sure life is pretty grand. All you have to do is Google image search "Fernie" and mountain porn will fill your browser. Try not to get all hot and bothered looking at those pictures. If you don't get hot and bothered, well brothers and sisters. I'm afraid you have no soul.

Pumpkin Head is one of the beers in their lineup that does not look to be seasonal from what I saw on the website. What a reward that would be if it were true to have one in mid hot steamy July and be reminded that Fall is coming around the corner. Brewed with pumpkins... Excuse me, organic pumpkins (this is British Columbia after all) this one has some great attributes to be shared and combined with a Canadian Thanksgiving dinner. I opened and poured and my nostrils were instantly sent into an orgasmic state. This smells like Fall beer. Pumpkin and spices make up the aroma of this fine beer, with the first sip there were no disappointments at all. In fact I felt a whole lot better about my current situation, I truly felt happy and was happy the entire time I had this beer. There was only one problem. It felt weak. maybe if it was a bit fuller my wife would have left me as I declared this beer my everything. As expected, pumpkin and spices were there and a slight lingering taste of cinnamon teased me like Fernie singletrack would right now. And with a final check on the interwebs, this is a seasonal beer. Sorry to tease you earlier. A shame it was a bit of a weakling. This may have been the best beer reviewed ever. 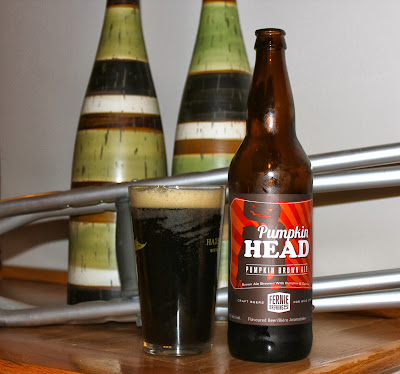