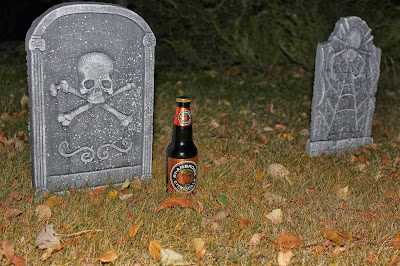 Greetings, I made it back here on Saturday as promised. A trip to the mountains in the books where I was teased heavily by what looked like amazing trail and riding conditions as I limped around during work meetings which unfortunately stole precious photo time. I was snubbed by the train God's which only added to the non biking misery. A promising meeting tonight which brought me this weeks donated beer where trips were discussed for next year. Yes, next year looks like it will be pretty great. All kidding aside I seriously wonder if my ankle will be good to go...

McAuslan brewery is located in Montreal, Quebec. Clearly the front runner for Canada's most beautiful large city when it comes to the travelling masses. Although the fine folks in Vancouver may have a few words to say when hearing this news. Nineteen Eighty Nine was the year this brewery came out and was an instant success. The St-Ambroise brand was a big part of their success thanks to fine craft God-like brewing processes.

Citrouille is their annual Fall pumpkin brew that comes around at this time of year to tease the fine folks that have a good taste for Fall pumpkin beers. On their website they claim a magical potion that has cast  a potent spell is behind the brewing process that send shivers of beer tasting orgasmic ripples down the spine when read. I opened and smelled and knew this will rate very highly. I poured like a champ and a good two and a half fingered head dissolved to one by the time I got a proper picture. Very little to no lacing was left on the glass as this one went down. I tasted a pumpkin flavoured beer laced with spices entered and I sat back and compared it to the other Fall beers I partook of lately. This one was quite a bit light compared to the others and as I drank my taste buds wanted more. This one has the pumpkin spice with Cinnamon flavoring found in most Fall beers but does sadly taste watered down. 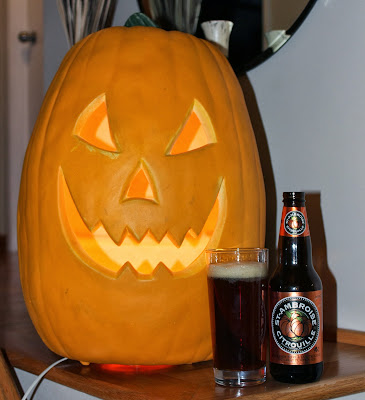