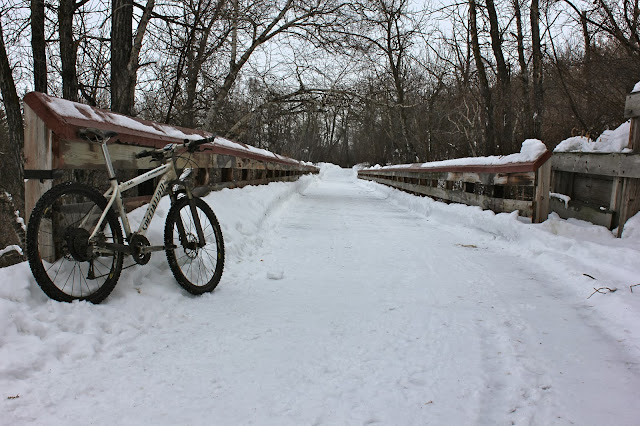 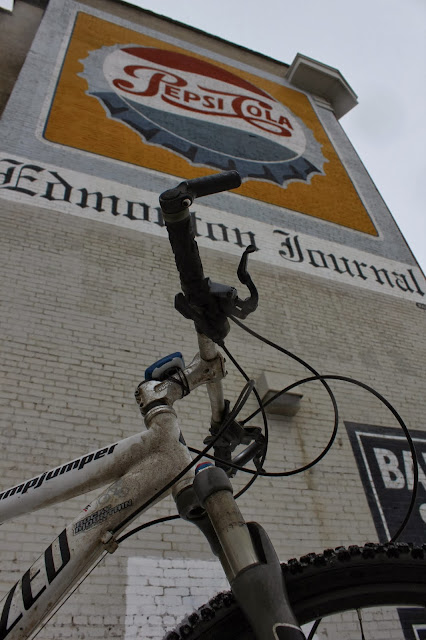 Heading out to the valley instead of the mall is a decision I am proud to have made on a wet gloomy Thursday afternoon, the day after Christmas. The valley was incredibly quiet which meant people don't like the December Albertan rain or they spent the day in the mall. The rain was nothing much to fear as I didn't notice it while on the bike, what I did notice was the incredibly shitty conditions this March like weather has brought us. Making the dumb mistake of half the ride on pavement shared with cars I was a mess. As was the bike, a punishment no bike deserves even if it has that evil "S" on the front. The ride from Capilano to the downtown fire/ police headquarters and back into the valley, across the soon to be doomed pedestrian bridge and a return to Capilano via the paved trails.

In the valley the warm conditions did not ruin the bike drivetrain as bad as the city riding did. A lesson I know that will not be learned, once I start riding I plan routes on instinct, riding wherever I feel. Proven by the planned ride from Capilano to Strathcona Science park which did not happen. Once I climbed out of the north side of the valley instead of heading heading east I felt like going west. So I did. Silly instincts of mine!
at December 26, 2013