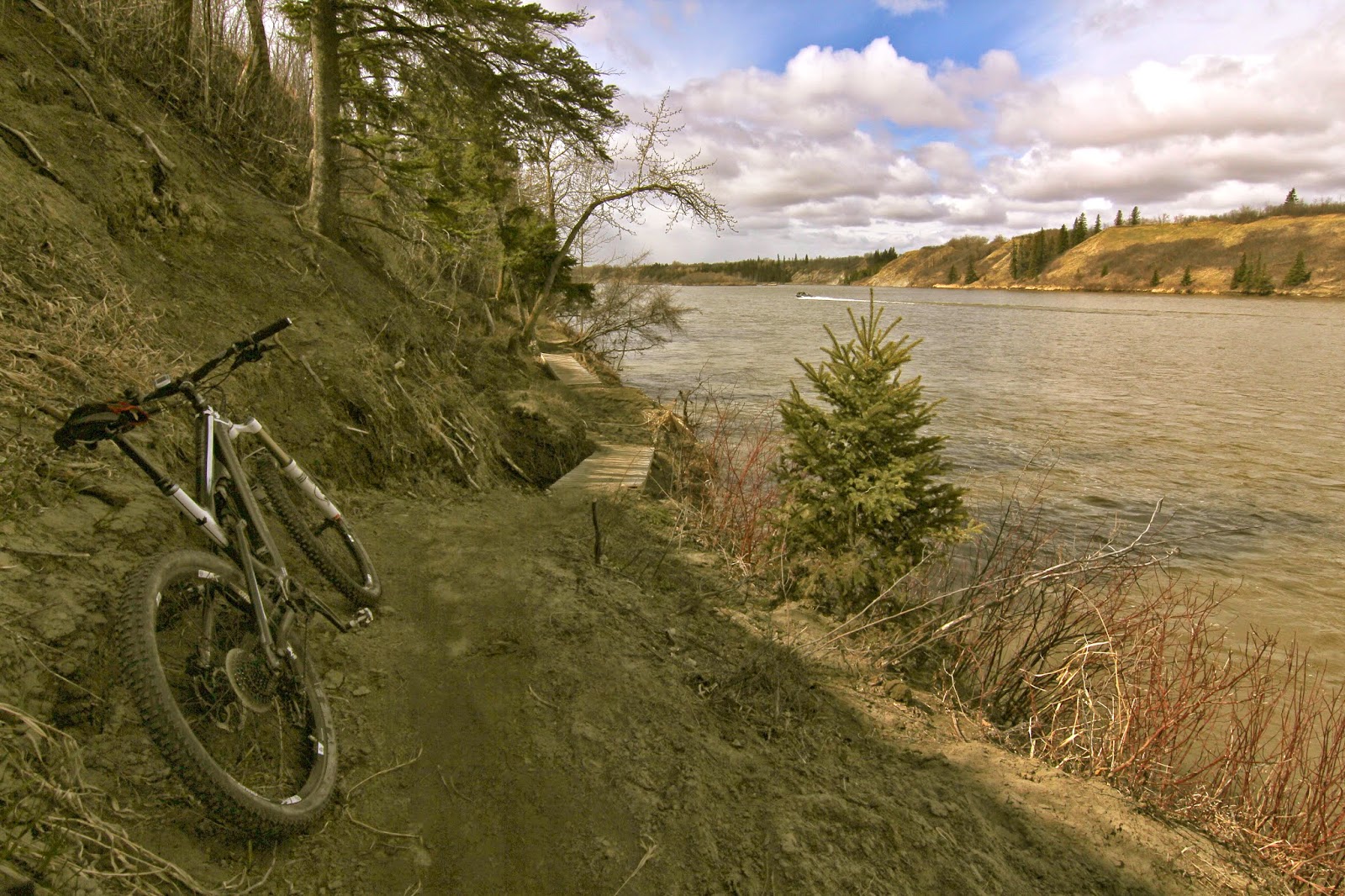 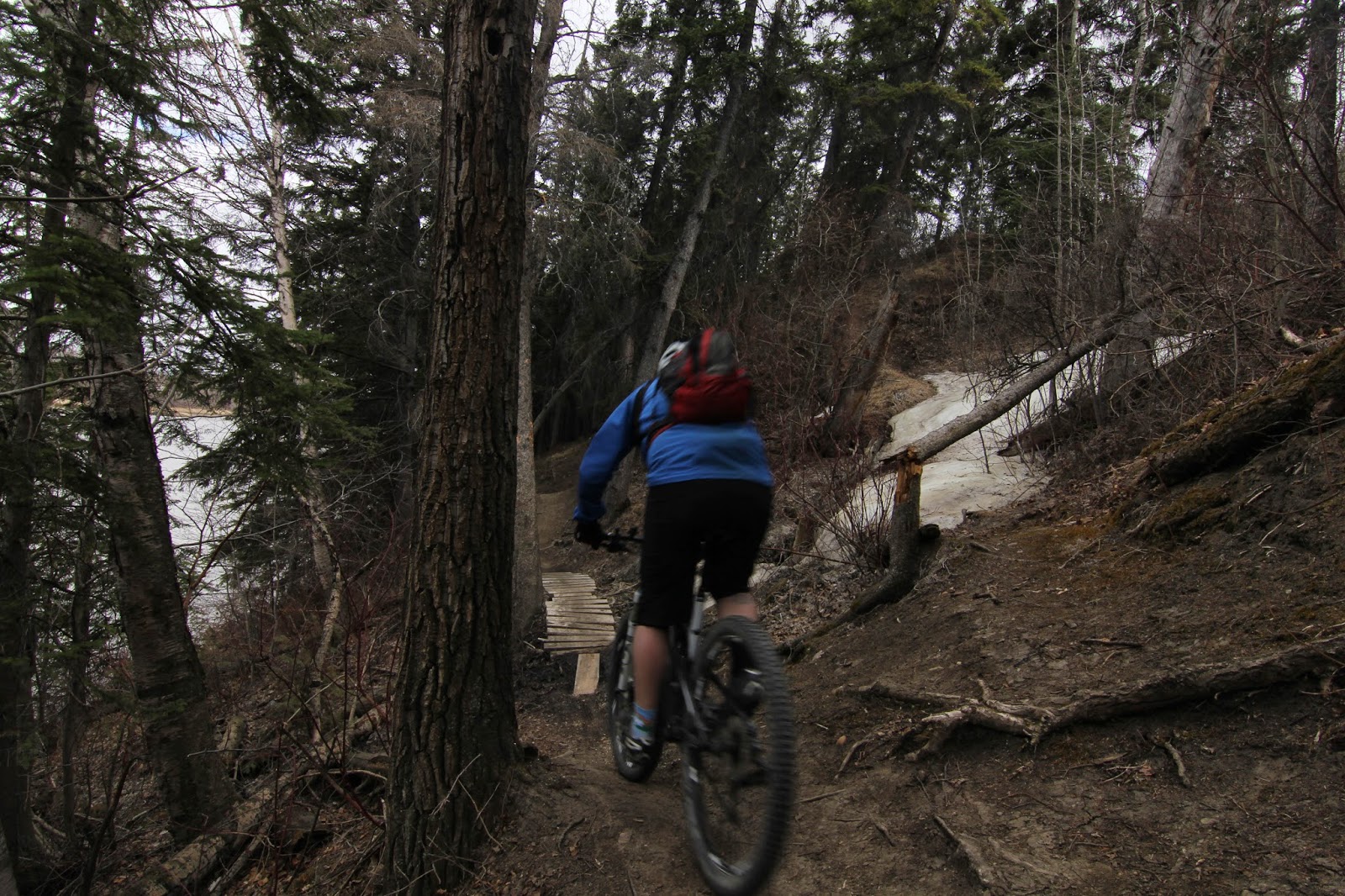 A very much needed bike ride in the best place to ride in the Edmonton area was had this morning. A return to Fort Saskatchewan after way too long of an absence was strongly overdue and when I thought about where to ride this morning while eating my Nut & Honey whilst watching Power Rangers Fort Saskatchewan crossed my mind and it was immediately set. I knew where I was going today.

The last time I was in the river valley four inches of snow had fallen and was still coming down and I was still wallowing in full blown Winter mode. Today: A much different story, open trails and the first ride of the year on the still new Rocky wonder bike. The last time I was in Fort Saskatchewan the trails were in utter disarray and I honestly thought this small trail network was done for a long time. Oh how ashamed I was when I saw the trails knowing that I doubted that magical bunch that takes care of the trails here. The entire system was open including the areas low to the water. Countless new bridges and log crossings have been built turning this epic trail system into a cataclysm of sheer riding orgasmic awesomeness.

The ride was incredibly good but incredibly slow which was fine for my overworked little body. The cold air and occasional snow mixed with the Fall like conditions made me feel at home and I almost stopped a few times to weep in tears as the moment was too awesome. Holy shit. I just realized I should get on my bikes a bit more...