The Church of Fort Saskatchewan 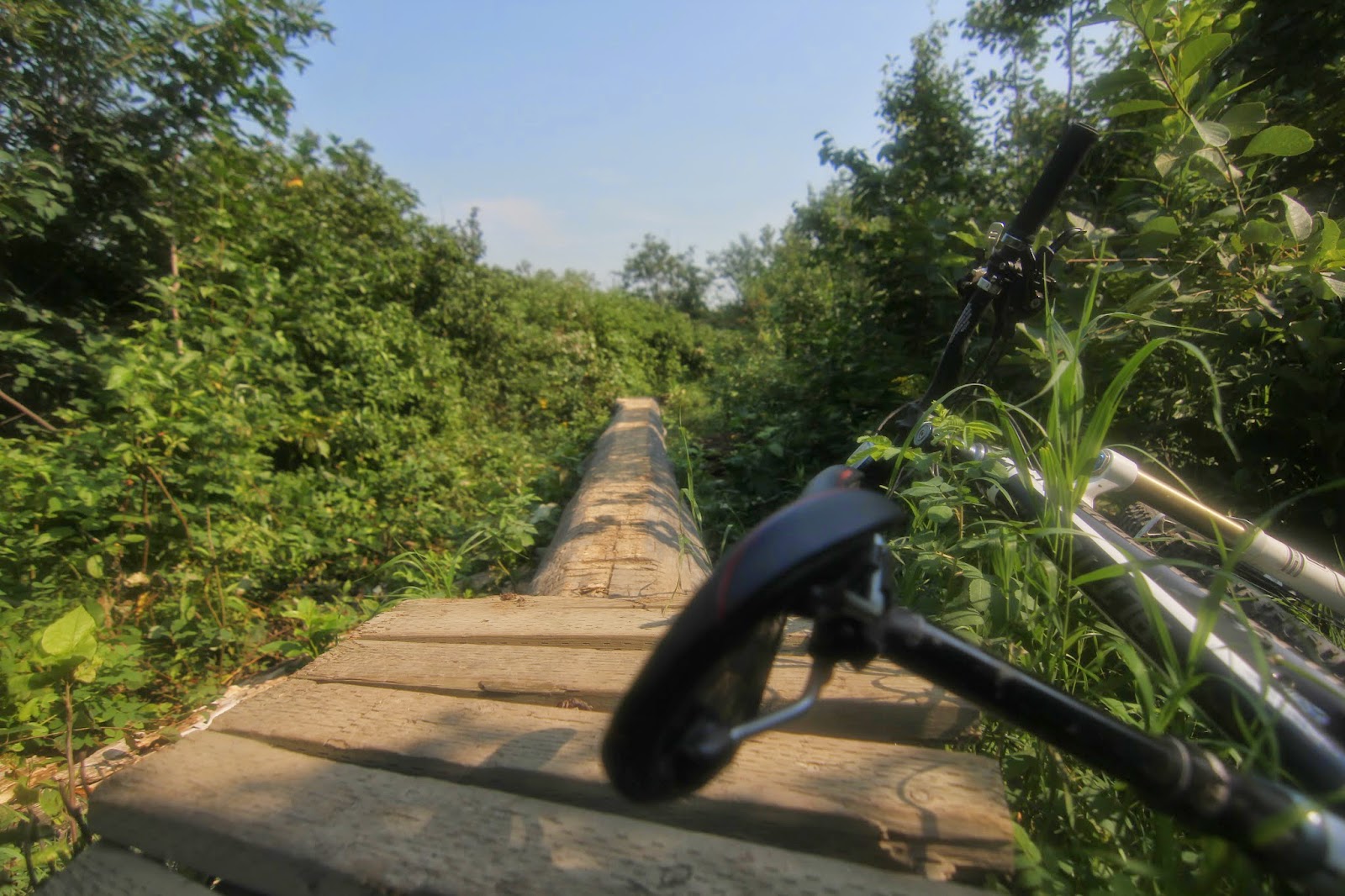 To start this off, the pictures are quite crappy and I apologize. The humidity this morning was at 92% and the few times I stopped for a picture there was a layer of moisture on the lens which I tried wiping off with my wet jersey which didn't work all that well. I had to scrap the planned cover shot much to my disappointment.

This was a long awaited trip to Fort Saskatchewan after all the pneumonia bullshit, the trails are in incredible condition and there was nobody out on the ride out, I remarked to myself at how awesome this place is because it is always so dead. I think I jinxed that notion because the return on this out and back was met with lots of people. Lots of weekend warrior types including a french guy who yelled back behind him several french phrases which I could not understand after I said "hi, I'm alone." Maybe that was his way of letting me know there is someone behind him.

After several more run-ins with other riders the heat got to me and I couldn't hold a line and crashes incurred. Most just trail run offs and my ankle is still intact so that is a good thing. It was another great ride in one of Edmonton's best riding areas, now I'm thinking. Tomorrow... again?