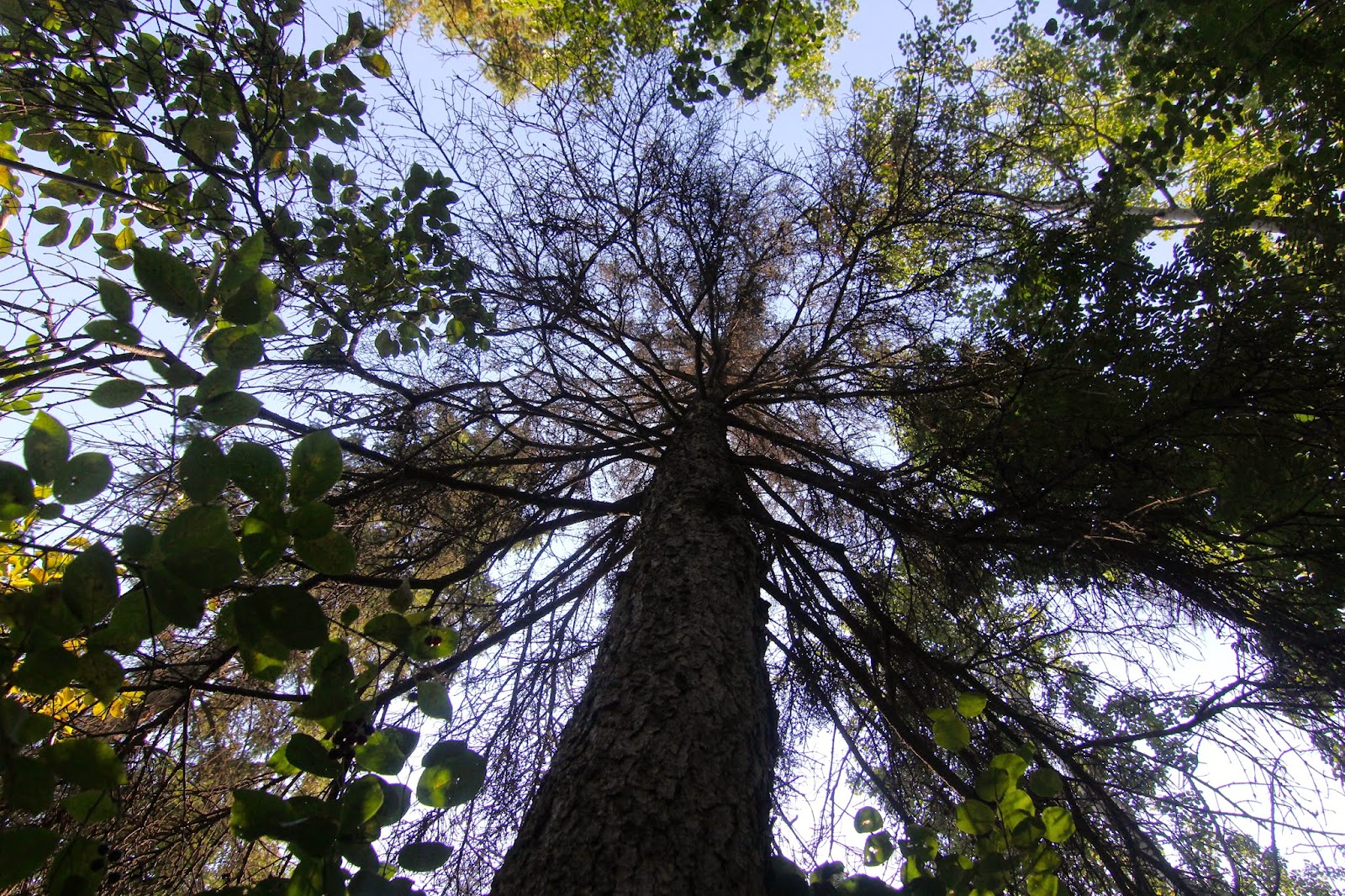 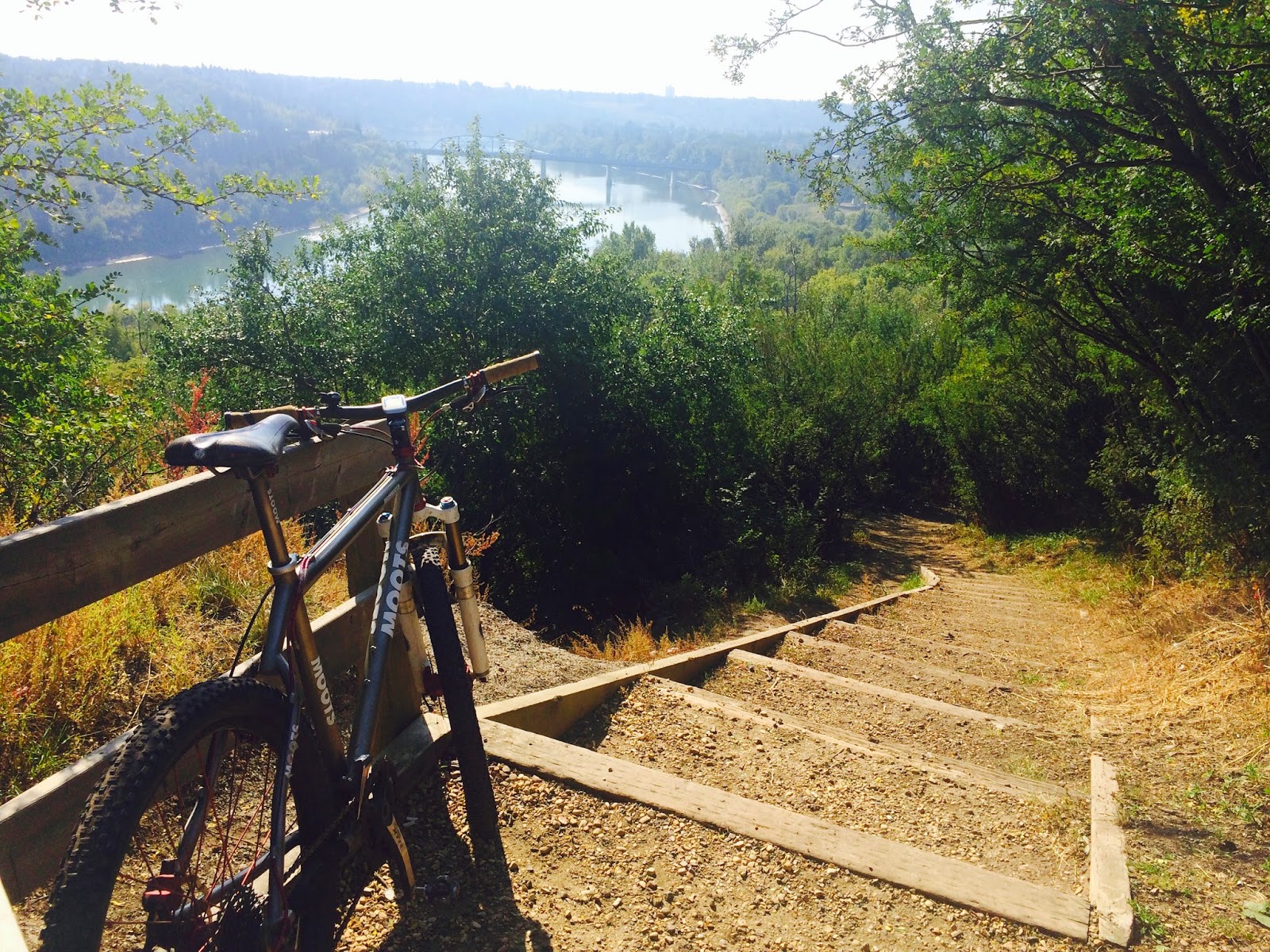 On this glorious day, my eldest daughters birthday I snuck out in the morning for a quick one. Parking at Old Timers I entered West Coast trail and was treated to badass wet roots. For most of the ride the roots did not throw me off and the bike trekked over them like a pro. A few back wheel throw outs where fate was tempted being thrown in and devoured by the trees.

On Old Timers it sounded like a child's birthday party echoed through the trees. It got louder and louder when they caught up to me. A guy was taking about nine kids for a ride in the river valley. This guy was awesome, I got to watch them all attempt a log crossing followed by some slippery root navigating, it was great. Some of them handled it like seasoned mountain bikers. All these kids were having an awesome time while their video games sat at home and collected dust.

I eventually made my way to Kinniard park and rode out the ravine towards Commonwealth Stadium. I exited the trees and rode streets back to the valley back into Kinniard where I took some old singletrack trail west slowly making my way back to the Jeep. That was a bad idea. Several downed trees with forced hike-a-biking and a strong sign of homeless camps were evident everywhere. I walked my bike up a steep hill to be greeted by a very angry looking native homeless guy on the side of the trail. Nothing was said and I hopped on and rode off but the experience was a bit creepy. It did make me wonder about personal safety alone in the Edmonton downtown river valley woods. I really feel the likelihood of anything bad happening would be low as they just want to be left alone. That being said there are a lot of serious mental health issues with some. Needless to say, that is the last time I ride that trail. It's a shame because back in the day it was awesome. Now its overgrown and completely turned to shit.

Ewok took me home, but not before seeing an old girlfriend by the name of Mill Creek (ssshhhh.. don't tell Victoria!). It still feels odd riding Mill Creek as part of a ride where I did not park a vehicle there to start and end the ride. Logs placed on the side of the upper trails close to the north end were cool to keep people off certain areas, it did then get a bit excessive as they lined the trail and I had to get off the bike to let an oncoming rider by. I know they are trying to keep the trails from spreading and I appreciate the trail work immensely but why is this the only area in the river valley that gets this special log treatment?