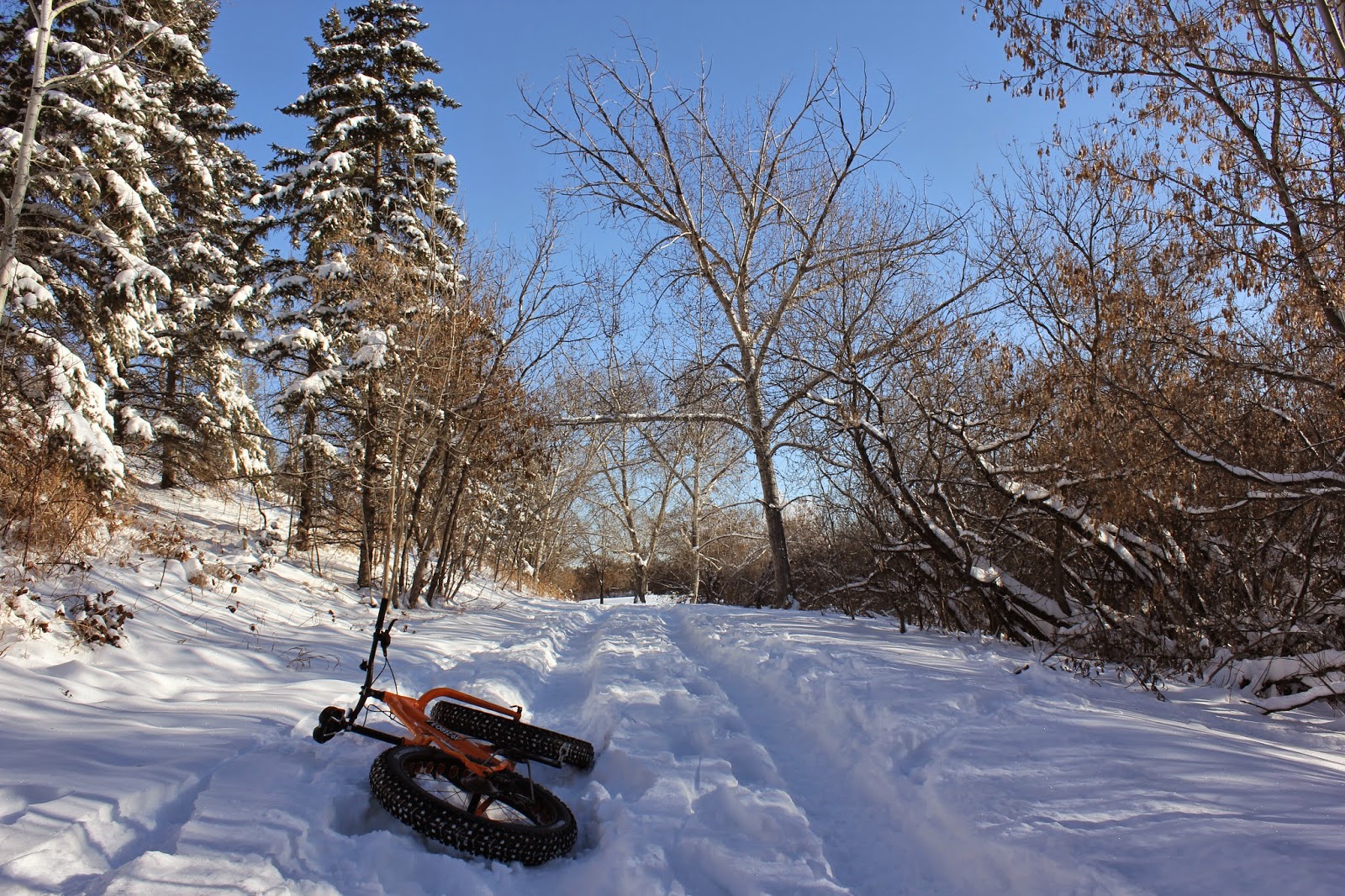 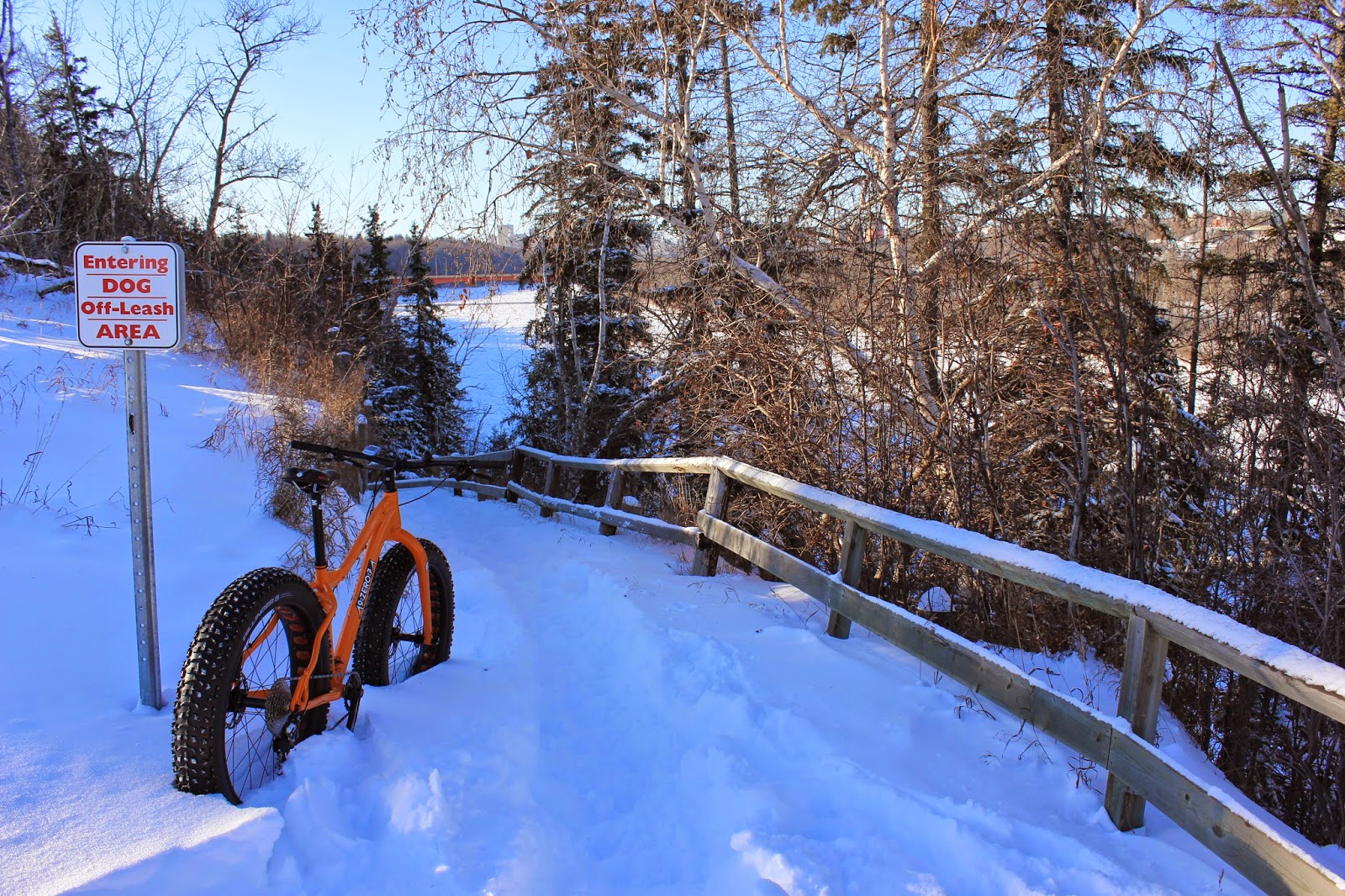 Getting out late this morning in the cold frigid Winter that has made showed up all those weak beings who complain about bad weather non stop. If you have one of those people on your Facebook or Twitter that complains about the weather incessantly do yourself a favour and unfriend that mofo immediately.

The ride from Capilano to Dawson and then to the outskirts of Rundle was a very typical Winter ride. I tried a bit of multi use (above pic) but the tight walking trail trampled down by a few people was not enough to hold me on and I slipped into the deep snow twice so I retreated to the paved and plowed.

I passed by all the great trailheads which were untouched at the time. No fat bike, regular bike, walking human, or coyote had ventured on the good stuff. The ride was thoroughly enjoyable though and I still smirked at the ridiculous front wheel leading the way making it's loud roar, scaring animals and some humans away.

The trails past Dawson in Kinniard park were unplowed and my new bike showed me it's true merits for what it was intended for. I would have not made it through on my old Stumpy Winter Warrior. Two separate walking trails led the way. The bike proved it's awesome when I came up to someone in the same lane and crossed through the deep snow to the other side unphased by the snow I just rolled through. Up on top of the valley on Ada Boulevard the glare iced, snowy roads were conquered by my studded Dillingers, making me very happy I chose these tires for the bike build.

Once everything is dug out and the trails get packed down things will get quite a bit better, as a seasoned veteran of riding my bike on paved and some multi use all Winter I have no issue with all the non single track riding for the time being.