A place that was once Disneyland for me when I started riding bikes. It was and still is seemingly endless single track. If you read this blog faithfully you will know I have issues with Terwillegar but when you sit back with a cup of tea and think about it. Terwillegar park is an Edmonton bike Mecca.

Out of all the local Edmonton trails, Terwillegar park is by far the biggest, yes there are probably lots of trails in Terwillegar named differently by local bike clubs but as a whole it is known as 'Terwillegar.' So we will just leave it as one giant entity of awesome.

Terwillegar offers you a multi use trail that does a loop with endless off-shoots of single track. If you want to enjoy Terwillegar for what it is good for and get away from the Starbuck drinking off leash dog people you will head into the hills. In the hills the options seem endless. Great climbs combined with fast flowy singletrack greet you. Nothing technical here with the exception of firemans hill so you can leave your cushy full suspension trail bike at home and break out the hardtail. The great part about Terwillegar is you can combine all the different trails and create an inordinate amount of routes

Firemans hill... Don't get me started. This is Edmonton's second best scary technical trail section next to number 2 on the list which is coming later (I know you are all on the edge of your seats, don't scroll down yet!). It can be ridden both ways if you are stupid like me but the best way is down where an aggressively steep hill takes you to root infested singletrack where you have to use your head and balls to manoeuvre through. This trail is sadly in question now as they are opening a new foot bridge near it's exit.

With that being said, this trail system has lost it's lustre significantly for me when the westside trails were wiped out for the new Anthony Henday bridge. What was once a somewhat remote orgasmic area is now paved and boring. That pisses me off, I don't care about city growth and progress when it affects the trails. Will Firemans suffer the same fate eventually? Not now but I fear for the future my friends. I fear for the future.

Terwillegar is the best destination for Winter riding. Pretty much until I started this blog every Winter bike ride was ridden there. With Fatbikes becoming the new Kings of Winter opening up the whole river valley up I don't see Terwillegar holding the crown anymore. Yet, it is still awesome on a cold January night in the dark when you are all alone. 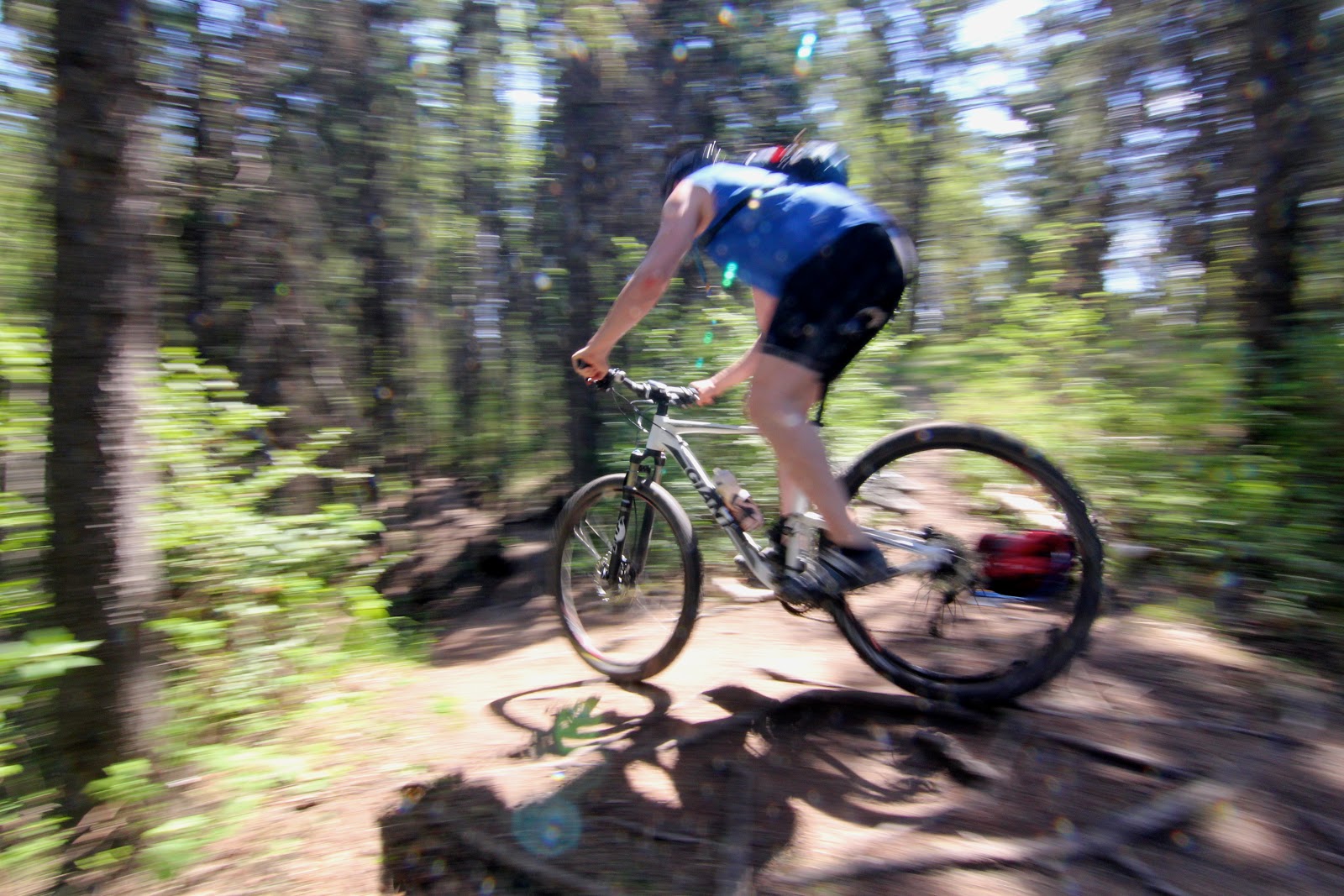 You think West Coast trail has roots. Well brothers, and sisters Mackinnon ravine is the epitome of all that is delicious and rooty. This trail when worked in during a long ride will challenge your trail skills and wake you up from dozing off after climbing out of its asphalt enriched bowels.

I always found this trail to be a focal point of a long ride. For me it is usually met after climbing out from Hawerlak on the North side under the watchful eyes of Daryl Katz's security team perched above the ravine I'm sure with a loaded high caliber sniper rifle aimed at my head. Watching my every move.

There are plenty of trails in Mackinnon but the Holiest of the Holies is on the West side and it features challenging, make you think singletrack at times laced with more roots than TLC has bad television shows (Yes, that's a lot of roots).

If you are afraid of a challenge stay far away from this Edmonton bike classic. Go ride some laps around Hawerlak park would ya and keep this trail left to the ones who love and respect incredible mountain biking.

This trail features the greatest endings in the whole city. A  tight steep switchback starts the orgasmic run to greatness, a bit of climbing is followed and the ultimate reward is a very steep seat post dropping power dive with some techs on the bottom followed by another steep dive. Once on the bottom it will be hard to contain that ear to ear grin.

You can ride this one both ways but if you want to avoid any hike-a-bike sections and want to avoid not riding on the lonebikers top 5 trails you cut that shit out and ride it properly. That is Southbound, but hey, I don't judge. I have ridden it the opposite way on occasion, definitely a bit more challenging.