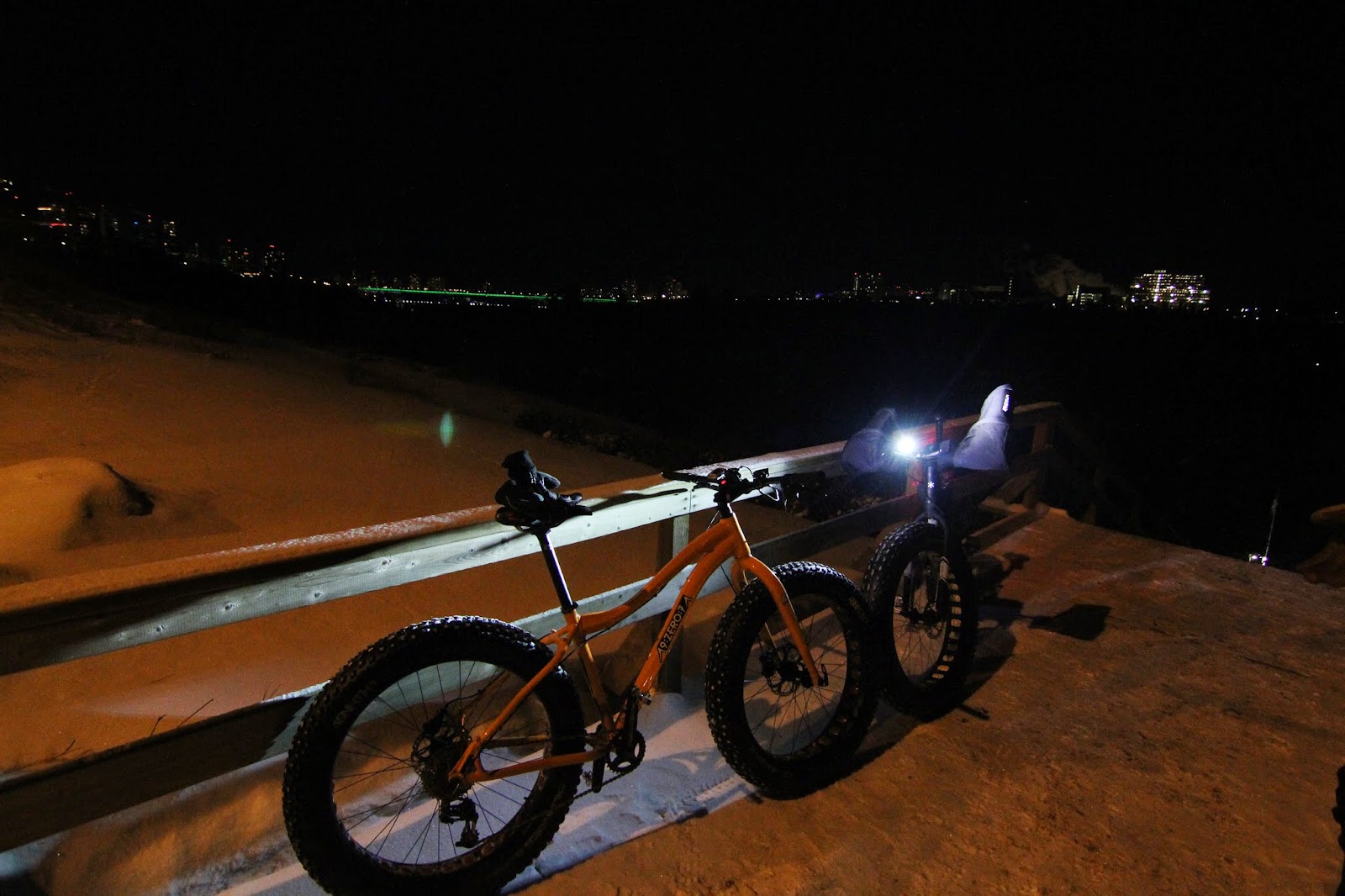 When this one ended, me and Kent both agreed we have had better rides. Still much better than an evening spent on the couch.

Nothing to memorable on a chilly Thursday night on a ride from Old Timers to Groat Bridge and up the hill through the lit up Legislature for a return back to the Vehicles. Being as nice as it was. There was nobody there. I yelled at the empty expanses of the Legislature gounds asking for someone to come out from their hiding spot... Yet nobody.

Kent was too preoccupied by his phone to care anyways. Being a dispatcher for a big oilfield service company has it's sacrifices. Both of our iPhone's froze up due to the weather and his had to be working as he was on call. Hence when the warning on the phone came up, we quickly headed back. The frozen iphone is something that has happened to me on a regular basis in the valley since this cold spell has hit. The phone did cut our ride short. Stupid iPhone!

Singletrack was tried and conquered and sometimes it conquered our poor bikes. Since the last snowfall the trails have been a complete hit or miss as to what could be ridden. Some have had no traffic, while others have been well traveled. The ride had some frustrating moments all due to the snow.