"Lets Make This a Short One" He Said 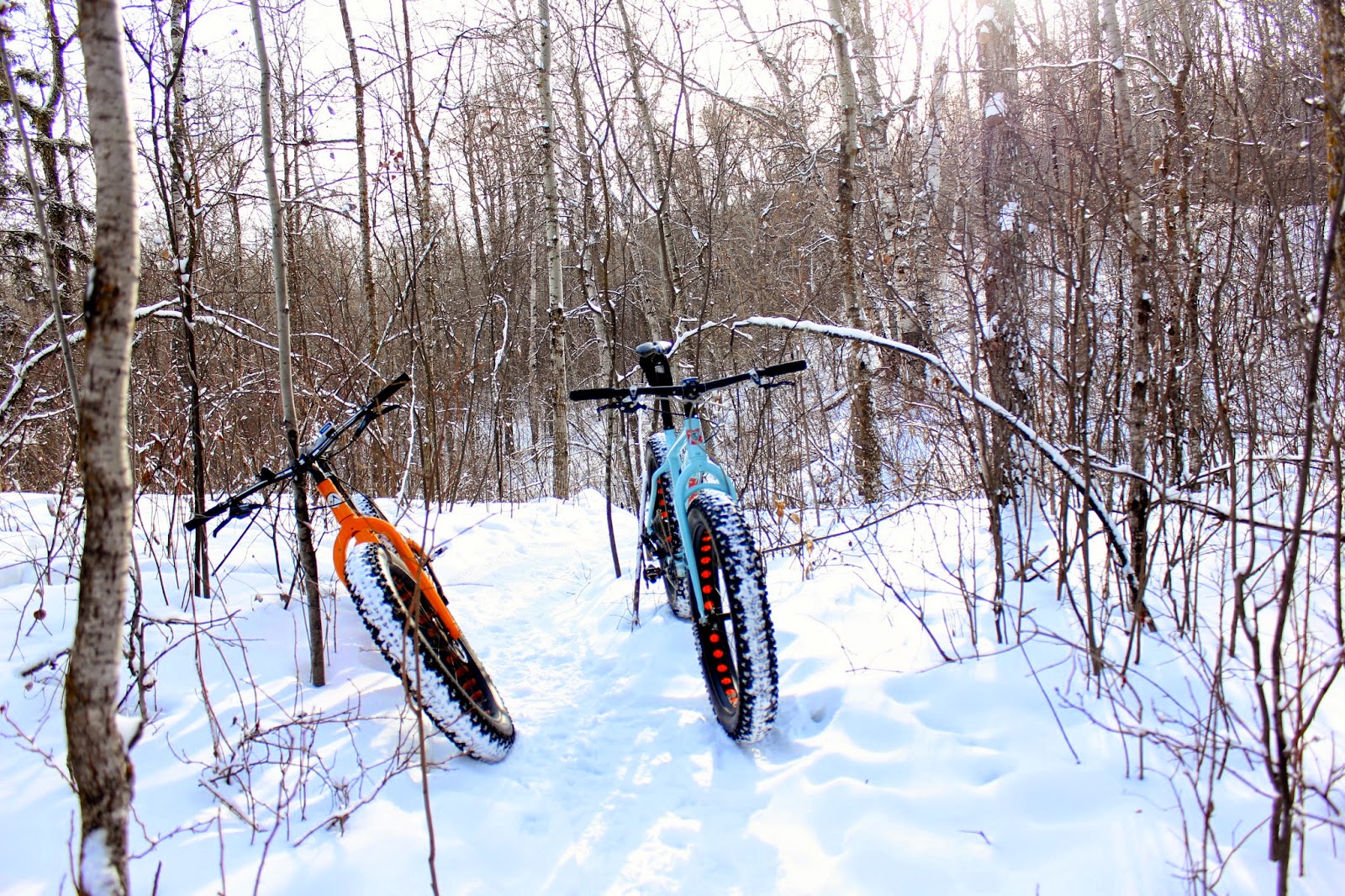 Those words came out in the beginning and we were both in agreement. Little did we know that the river valley would work it's magic and suck us in for an almost 30 km ride.

Fresh snow and cold weather is back and it is truly awesome. I missed these conditions like a tweaker missing his daily hit of crystal meth. Both of us agreed that we had the perfect amount of snowfall, although the cold weather had made the snow quite granular and all the hidden ice underneath made things a tad sketchy. One wipe out by yours truly was a result of the unseen ice in Mackinnon.

Did I just say Mackinnon? why yes, yes I did! The ride started in mid Mill Creek and we stayed on the colder South side of the river all the way to Hawerlak where a proper warm up and lunch break was had. We crossed into Laurier and felt the cross hairs of Daryl Katz's security team's high powered rifles aimed at our heads as we passed below his house.

The climb up to the top was slow after passing by some clueless hikers, which is odd as this was a day where only the seasoned river valley people were out.

The pace of the whole ride was slow all thanks to my incredibly sore legs from yesterday's trip to Devon. Soon that trip caught up to me and my legs were done and I limped home through Mill Creek.

This was one incredible ride. We will be back in a bit for a beer review, a few interns have arrived already. Normally after an unbelievable ride I would just let this post float on the site for a bit and not get bumped down.

When the Seahawks are in the Super Bowl for the second year in a row beer reviews happen. Whoopie! The master pourer has just arrived!