The Valley of Sketchy 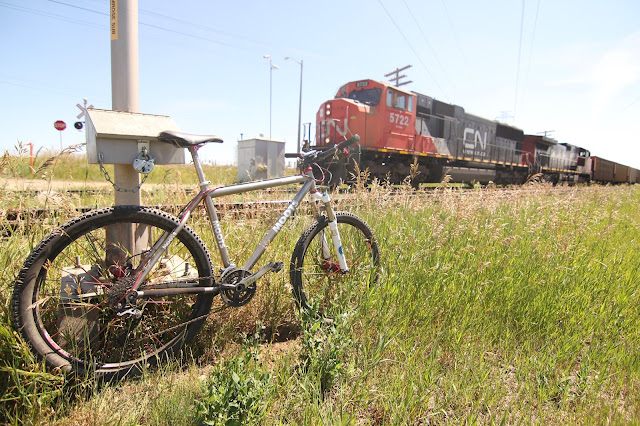 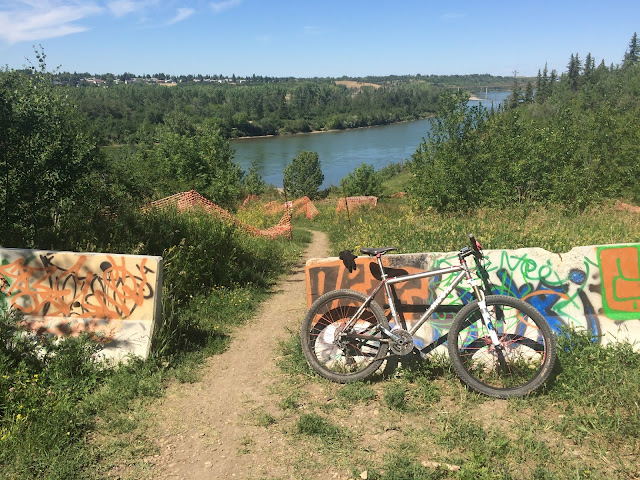 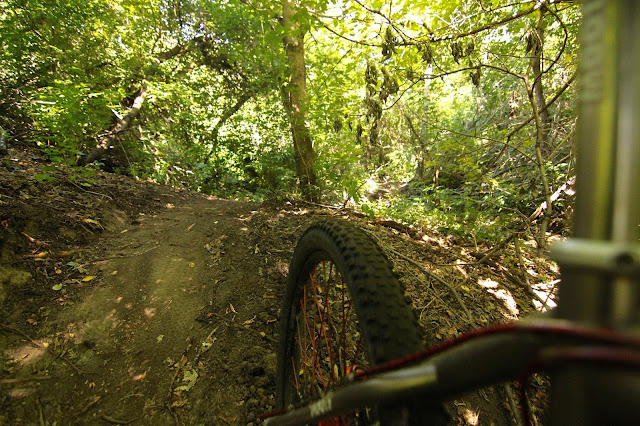 Normally you wouldn't think of the Edmonton River Valley of being a rough place... Well, in certain areas. Some are naturally rough due to the neighbourhood up above it. You sometimes get greaseballs descending in to the valley from those neighbourhoods.

On a ride on the hardtail dream bike today I saw lots of rubbish in the valley. Sadly topped off with a big Police pursuit in my ever beloved Mill Creek Ravine. Police in big groups with dogs were on the hunt for a piece of shit human which looks like hurt an innocent woman. Nothing on the news yet but from the looks of the Police presence, they were serious on catching this guy.

Other areas had me on guard from the rest stop in Dawson to the stairs beside the Wayne Gretzky freeway. For whatever reason. Trashy humans were roaming the valley at an alarming rate.

Aside from that, the ride was incredible. I got back to the Moots after a mechanical issue which was fixed (by yours truly) and it ran flawlessly through kilometre and kilometre of singletrack.

Yes please. Disembark from your computer chair, bus seat, or wherever you are, and start slow clapping my efforts in getting the hardtail back in shape.

I see the clapping has slowed down now. Thank you.

The ride started from the old school Mill Creek parking spot and I rolled along the South side of the valley once in the valley all the way to the Science Park. I hit mid- Ewok Forest and discovered a trail taking you away from the sketchy descent at the midway point and it was awesome. How did I not discover this before? Who cares, I know it exists and now and the thought of taking lower or especially high Ewok heading East seems completely absurd.

I hit the newly discovered trails taking you to the Cambodia trail head. Small trail orgasms were had repeatedly as I rolled through amazing trails on one hell of a fun bike. Eventually Cambodia was ridden and I snuck into the Science park for an awkward tour where I realized the best thing about the Science park. Trains.

Coming back I ran into an older gent who I saw before on the ride in Cambodia. He was ready to do the reverse trip through the trail to Cambodia and when talking to him all I could wish was to to be as cool as him at his age. Normally guys his age and retired are at the golf course or at home busy watering their lawn in a sad competition with his neighbours for nicest lawn on the block.

This guy was awesome. Bike and trail passion that I hope to have even in a small percentage when I am that age.

The return home was great, aside from all the rubbish encounters I had.

A reminder to keep your wits and stay safe down there. Especially when alone.