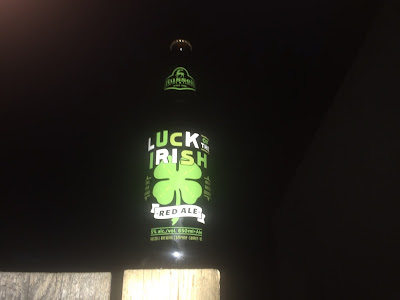 Dear British Columbia: I love you. I hope to grace you in my presence permanently one of these years. Sadly, I can't see when that will happen. You have the land of Gods when it comes to doing anything exciting outside. That, and you have exceptional breweries carpet bombed throughout your magnificent province. The working side for a guy like me isn't to favourable but people there seem to make it by.

What life should be all about, right?

Russell Brewing, located in Surrey, British Columbia. The land of Vancouver Canuckleheads started in nineteen-ninety-five. The years of the teenager lonebiker. The brewery only uses traditional brewing techniques in accordance with the 1516 Bavarian Purity Law. Which if researched. Is pretty cool.

The Luck of the Irish Red Ale offers toffee and caramel sweetness as per their website. This is their Spring beer, which it is now Fall. Making me and the rest of the beer team raise their eyebrows a bit. Why is a Spring beer being sold in the Fall?

The pour... Ok, wait a minute. We know it's Fall and should be reviewing pumpkin beers but lets all admit we're getting sick of that shit right? Thank you Starbucks for killing Pumpkin Spiced anything and having all the followers sop up the mess you left behind. The breweries and their pumpkin spiced beers are the only remaining good pumpkin flavoured things out there. Let's not let the white girls in tight black leggings and Uggs ruin that for us now, shall we.

So anyways... The pour was quite a treat. A bronzed red brew gave us all quite the thrill. No tears were shed and nobody passed out from the sheer awesome but it was quite significant nonetheless. A bird did drop dead from the ceiling through the open skylight but we passed it off as a mere coincidence. Or was it...?

First taste? It gave us what it promised. Toffee, and caramel enriched with hops with a trace of cocoa. In the end, an interesting one indeed. Sexy fast lacing left on the glass kept wishing there was another to follow. This one is what craft brewers are all about. 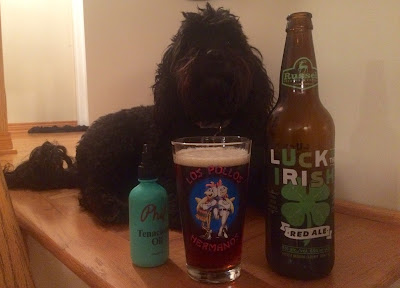