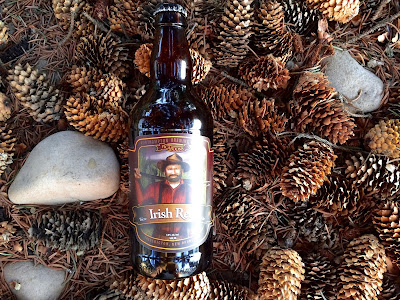 This my friends was truly a Saturday spent just like how a forty year old Dad should spend his Saturday. No bikes were ridden which truly saddened me but you know what? Shit had to get done. Now as a responsible old guy with a house I had shit to do! I don't have time for bike riding non-sense!

Step #1. Go out and pick up coffee, go back to bed and drink said coffee whilst looking up the latest Donald Trump Tweets! A Saturday must!

Step #2. Go out for breakfast. When riding this doesn't happen so knowing I probably won't ride that day cause I have shit to do at least I can go out and divulge. Humpty's... Why do I love you so...?

Step #3. Go out to lawnmower store and pick up shit. Cause you have a yard bitch! You gotta take care of it and by taking care of it, you take care of your lawn mower!

Step #4.  All other stops were forfeited as I had my bike on the back of the Jeep all thanks to the good folks at Hardcore doing a quick brake swap while I waited (this was actually step #3 but it takes away from the whole 40 year old Dad thing and all.)

So off I went home with bike in tow tempted beyond all reason to lace up and hit the trails but my sense of getting shit done won over and I went home to change the oil on the lawn mower and do some maintenance and then hit the yard for the first time of the year.

So what actually happened?

I got frustrated after not being able to get the blade for the lawnmower on properly after sharpening it, felt tired and went and had a nap which took up pretty much the whole afternoon. So in the end the yard still hasn't been done which could jeopardize tomorrows planned ride. Oh you know I'm just gonna say 'fuck you lawn!' and ride.

Wait a second, one of my interns is tapping me on the shoulder and wants to whisper something...

"Hey dipshit, did you forget this is a beer review? Stop talking about yourself you conceited jackass!"

That intern was fired immediately.

On the taps we have Picaroons, Irish Red from Fredricton, New Brunswick. A fine looking brewery in a fine looking Canadian city. Their Irish Red is one of their originals and is described as 'English bitter.' The bottle cunningly drew me in whilst beer shopping. It has been sitting on my desk for over a month and now is it's time to shine.

The pour. One of the best pours I have seen in a long time. Truly the highlight of the week so far! A dark devily red ale sat itself promptly in the testing glass adorned with a riveting two fingered head. The beer just looked too inviting. Like smooth singletrack floating through a shadowed valley. The taste felt a tad watered down at first and after a few more sips it felt thin for how it looked. Dried fruit was there and toffee kept around in a pair of sweaty work Carharts helped round out the flavour, not a bad thing, just no other way to describe it.

If you are having fish and chips for dinner, find this ale. 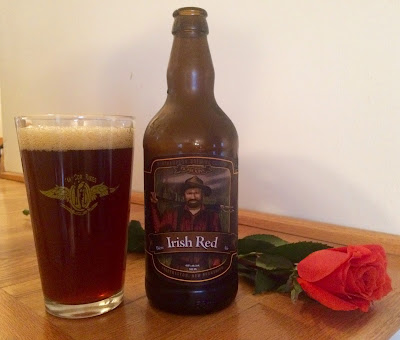