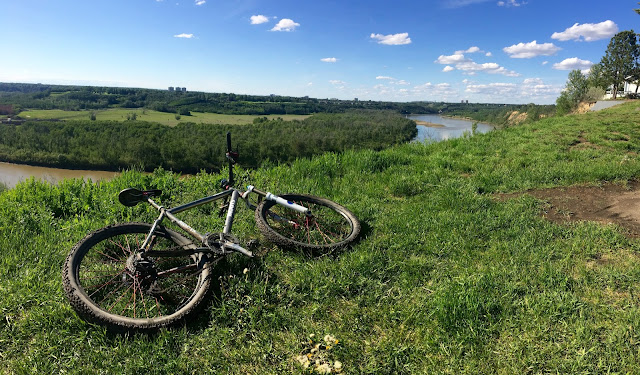 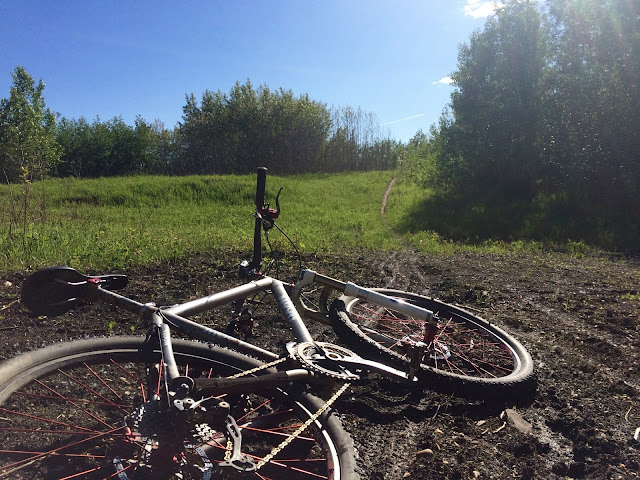 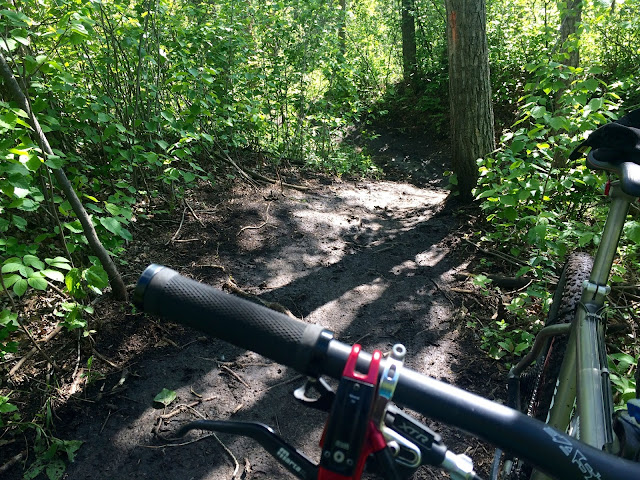 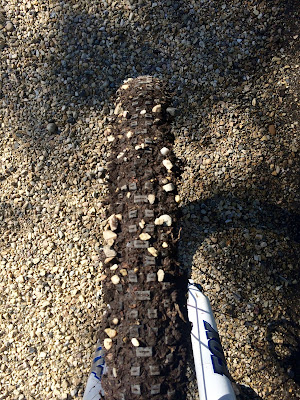 Another rare after work ride again in Terwillegar via Cameron Heights.

The singletrack was tackled and it gave everything I needed at that moment. It was like I was on drugs.

I was born again.

I felt like I traveled to the moon and saw earth for the first time while standing on it's surface.

It was like trying heroin for the first time (apparently junkies say its super awesome).

It was like the summer head dunk in a cold creek on a hot ride.

I think you get it now. The singletrack experience was quite the spectacle. To think I almost went home and missed this.

All this is thanks to the what I dubbed 'the boob job.'  AKA: All the new trails that have opened up here. If you have been a long time reader of this blog you would know I had a special hatred for Terwillegar. Those feelings started at about the inception of this here lonebiker thing.

You see. Terwillegar was run down. She had really started to let herself go. Things were drooping, trails were disappearing and she had grown an attitude. Then as of late she started to exercise and eat better. Than came the bolt on's (breast implants) in the form of the new singletrack replacing the old run down trail.

Personally I hate breast implants and know that any good self respecting girl won't go for that kind of bullshit. Well Terwillegar, you pulled it off. Somehow there is the odd lady that can do it and Terwillegar is the one. My God what a ravaging beauty! 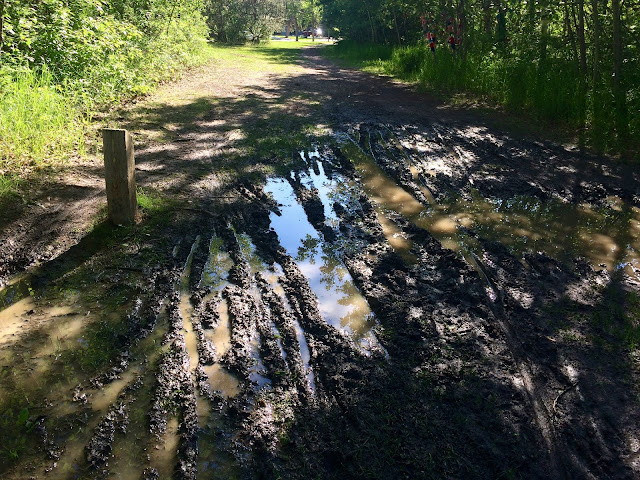 The ride did have lots of puddles as expected. The singletrack which I dubbed 'Boob Job' was very tacky and almost too greasy at points. The danger of hitting trees after sliding off was what helped fuel the initial trip. No ruts were left so I rode on.

The rest of the trails were hit and miss. Fine for a bit until you come around a corner and grease.. The usual wet spots were insane wet but a quick hop off the bike and trudge through and I was fine.

Having my bike maliciously attacked by pebbles after muddy tires hit the new multi use was the only piss off on a splendid after work ride.

* I was told by lonebiker executives to swear to you this is the last time I talk about this. "They" think this Terwillegar thing is starting to get a little weird.
at May 31, 2016