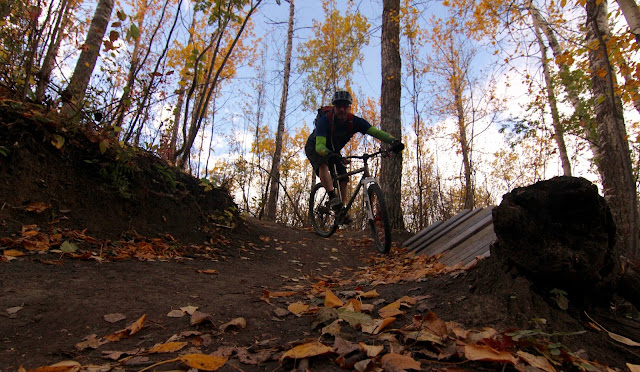 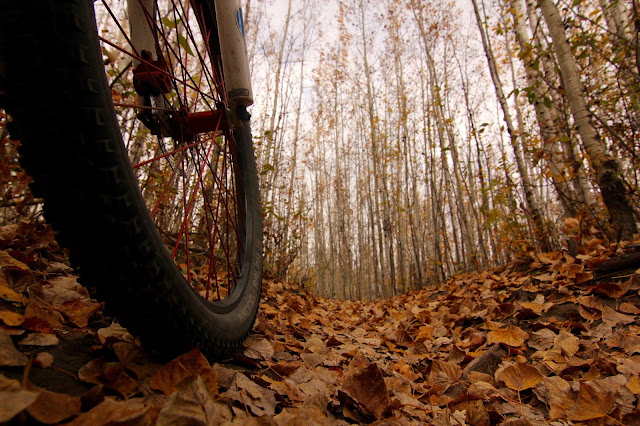 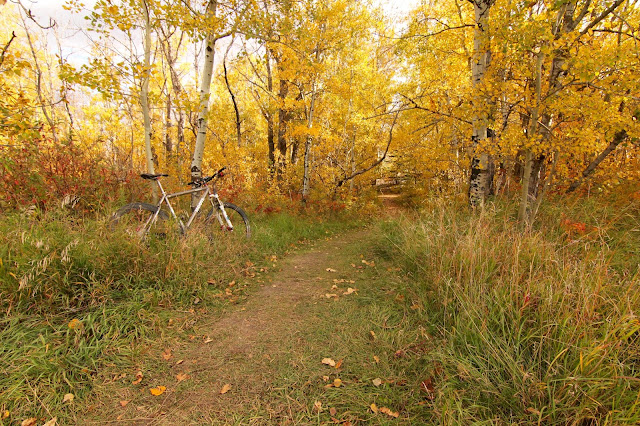 A bit of a disappointment of a ride which I have nobody to blame but myself, but a rather large crescendo of shit occurred at the trailhead which quickly doomed a potential "gooder."

Parking at Cameron Heights turned to hell as they had the area blocked off all thanks to a drilling rig and or pipeline coming into the area.  I turned back and drove across the river to return and park at the gravel road that someone deemed a parking lot sometime ago.

What do you know? It's closed to parking too.

Frustratingly I backed up to get back into the Henday to drive into the houses in Cameron Heights. I did not see the big post behind the Jeep which hit my ever so precious and then the Jeep.

Wow. Two strikes with one blow. Epic. I had to take the bike off to get past the post. Luckily no damage to bike or Jeep was evident.

Once riding I noticed the handlebars were off, I tried straightening over and over but to no avail. I thought the carbon bars were bent but quickly slapped myself for thinking carbon would bend without shattering into a million pieces.

The entire ride I thought something was seriously wrong with the bike. Was it? Or was it a preconceived notion garnered from earlier crashing bike and Jeep into pole earlier?

I never got out of Terwillegar. I was done.

The trails were simply magical, a bloody shame having to leave such an awesome riding opportunity.