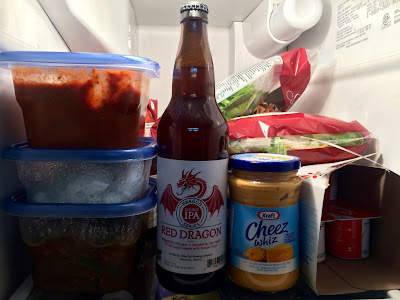 In the middle of a frigid cold snap which fuck me. Didn't really bring a lot of snow to the riding menu. I mean come on now snow Gods! What is going on this year? Given the small amount of snow we did get combined with the extreme cold I still do pronounce it "Fat Bike Season." Although a good foot of snow would make things all the more better.

Tonight's beer from Alley Kat brewing who make their home in Edmonton (home of that pretty kickass river valley) have been featured here now a number of times. One of the better craft beer breweries out in the land. Wait a minute.... There really isn't such a thing as a bad craft beer brewery now is there?

Think about it now kids...

Craft beer comes from Heaven. Now there is proof.

The pour went down like this. I signalled to the head pourer to open and he did and handed it off to the pouring apprentice who handled the pour beautifully. Once he was done a magnificent beast of a head stood on top a dirty golden coloured ale that made one think weird sexual thoughts. The excitement was too much for a couple interns and they were sent home.

The first sip happened and the first thoughts had were of overjoyed excitement. A strong IPA that doesn't murder you with hops is all win win. With each sip sitting in the beer review lab on an extremely chilly night I decided this is the perfect beer for nights like these. Hints of Canadian pine and citrus that hid in every sip like a dejected super hero rounded this one out. 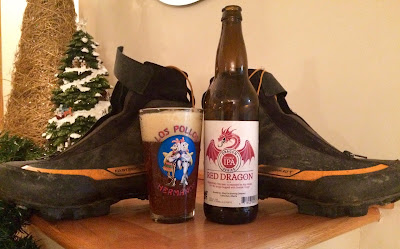