Twas It Snowless in Fort Saskatchewan 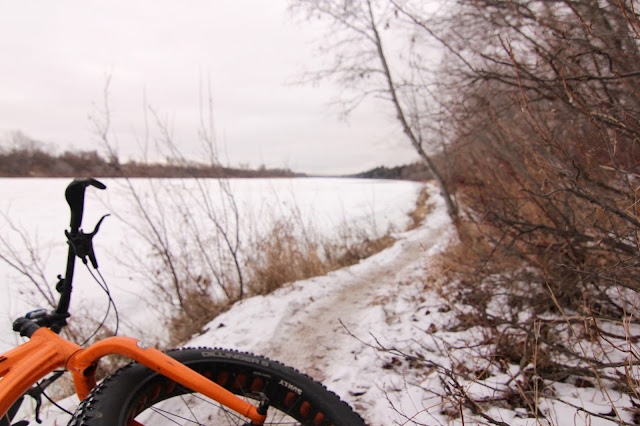 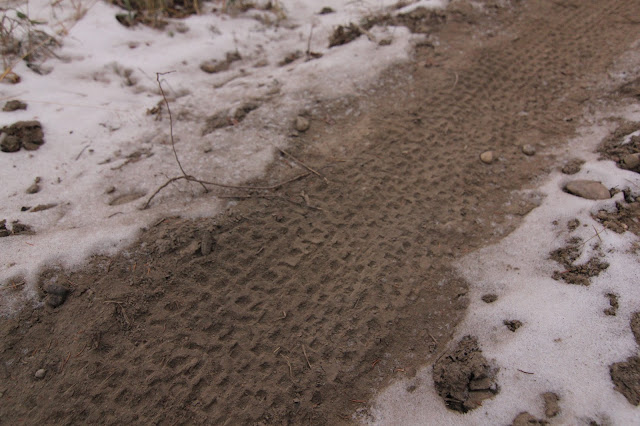 It was two days before Christmas and all through Fort Saskatchewan. Not a snowball was stirring, not even a flake. The fat bike was ridden in hopes that lots of snow would make it great.

The night before I was nestled in bed in as visions of fluffy white powder and fat tires danced in my head.

The big wheels rolled but to no avail. There wasn't enough snow to make it able.

The bike didn't mind though, it didn't mind not playing in the snow. Nor did the rider, riding could still not be any finer.

"On Dillingers! On Clown Shoes! Lets show this sweet Nine 0 Seven frame what you could do!" I yelled!

Despite very little snow the bike just wanted to go.

Through tight and winding singletrack, riding this bike was like being high on smack.

The ice attacked the Dillingers just laughed. They carried me over flooded iced rivers with nearly a quiver.

In the end the cold gave me a shiver after I rode one of my favourites from my quiver.

I made it back to the Jeep, to drive home and get some sleep.

This lack of snow must go.