A Tale of Three Bridges 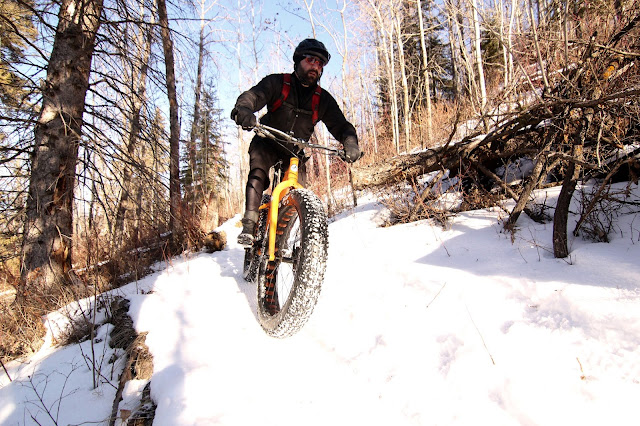 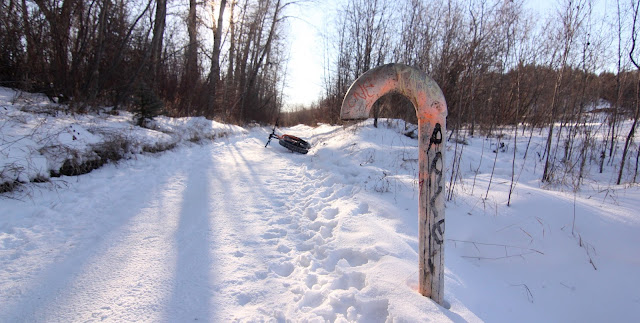 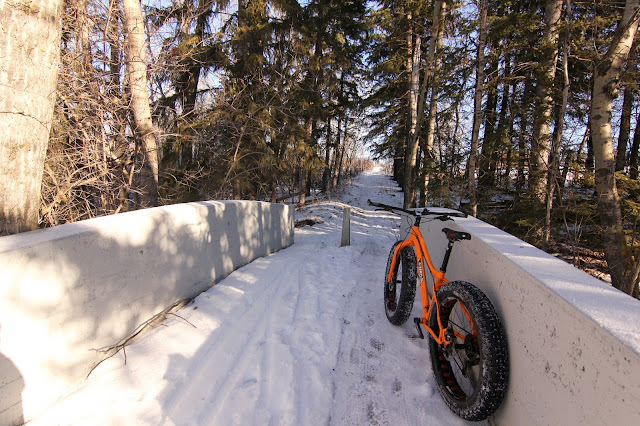 This has to be one of the best bike routes in the city. Hands down. A start at Cameron heights and through Terwillegar where you saunter up through Fort Edmonton and back. You can even extend it and ride to Laurier or further if need be opening the trail options making one a crazed carnivorous singletrack creature on a mission.

Starting in Cameron Heights subdivision always has me on edge as I am expecting white bitches with big goofy sunglasses passing me by in their white escalades judging my every move. Only I am the happy one in the scenario as they married the wrong guy just for  money and status. I never get that in Cameron Heights, everyone seems quite friendly, I even got the thumbs up from a dude driving by in his what looked like expensive suv today making me feel like a bit of a jerk for pre-judging people.

I rode up the staff college and mistakenly went in behind where there were no good tracks. I tried the loose snow but with this dumb warm weather it was like sugar and could not stay upright. As I pushed the bike through I wondered if this was an omen for a bad ride.

The Terwillegrar singletrack made me happy like Donald Trump would get deporting Mexicans. The trail is great but once you veer off ever so slightly you are fucked. The snow grabs your wheel and throws you off. It was common on every trail today so a heads up. It's sugar snow right now and with warmer temperatures coming things are gonna probably get pretty ugly.

I took the old school exit out of Terwillegar and avoided the sexy new bridge. Selkirk Knights called my name but I ignored the heed and rode the back side of Fort Edmonton's paved trails and came back on the muti use where lunch was had on the Fort Edmonton bridge.

Flat Pete was ridden and the sugar snow did it's best to suck me in making me it's bitch. I did not let it other than a few minor missteps. I concluded the fun part of the ride through the prime Terwillegar singletrack after crossing Terwillegar's footbridge which made three bridges crossed on an incredible day in the west side of the glorious river valley.

I rode back up to Cameron Heights via the paved trail of hell which oddly enough is never that bad.I always dread it in the beginning but it always seems to fit every bike ride so perfectly, in the end I sat in the Jeep thinking how awesome midweek day rides are. I can't wait till Monday now...