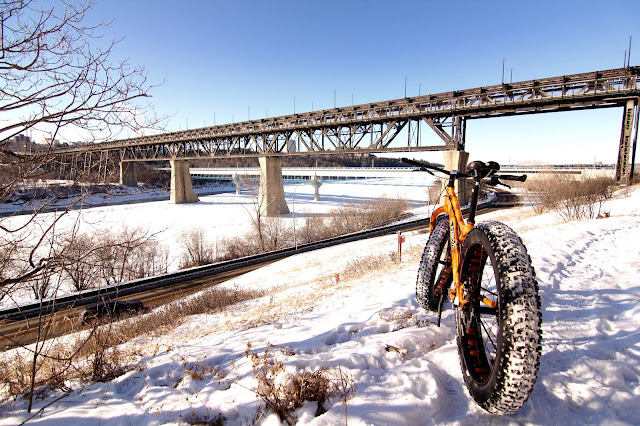 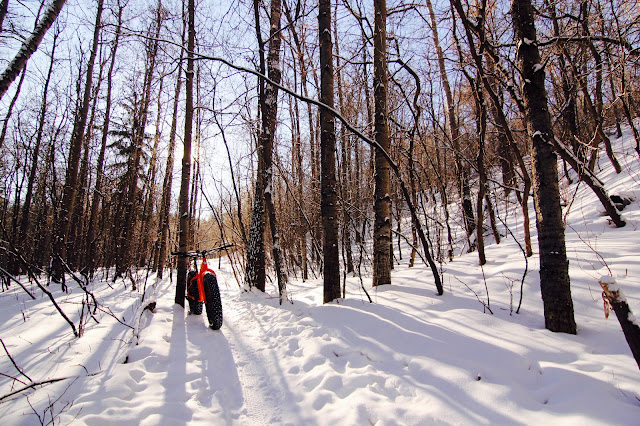 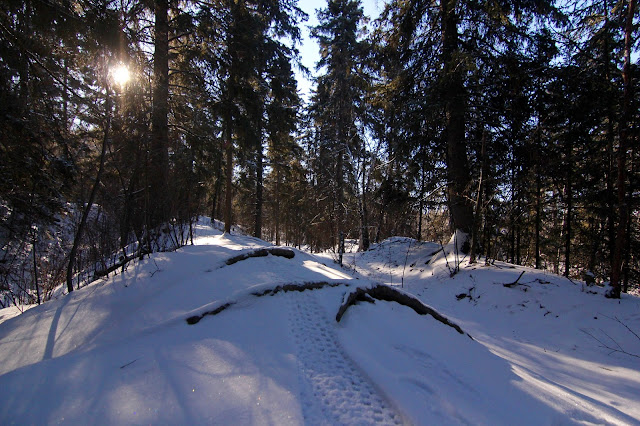 A very cold one today which made the hopeful twenty five km plus ride closer to seventeen. A start up in old school MillCreek where once exited I planned on heading west. After staying low in Mill Creek I decided that the temperature was a bit on the low side and if I ever wanted to see my testicles again I should plan on going to High Level and turn back which in the end made the perfect ride on a bone chilling day.

Not a lot of singletrack was had. I was just happy to be out riding after last weekends debacle of ride attempts. Lower Mill Creek was ridden between the multi use and singletrack where I was spit out and crossed the Low Level where I made my way up to the Legislature, crossed the High Level got frozen and considered coming back via Saskatchewan Drive.

Luckily the good sense in me made me head back into the valley.

Eventually I entered Old Timers where I had the first of two spectacular wipeouts. The ice from the previous melts got me on a short power climb where I fell hard and slid on my ass down the hill. The second crash happened on Blue Man Group at the end of the steep descent. I like to blame fat bike ruts but know it was just lack of skill at the time where an over the bar wipeout made me sit and ponder just what I was doing out on a bicycle in the woods in the dead of winter.

'It's pure awesome' came the reply from my subconscious.

In the end, the trail conditions are ok. Lots of hidden ice as I learned so a heads up if you haven't been out in a bit.

A lot more people than I wanted in a somewhat quiet cold valley which included an old man who probably didn't hear my Jason like incessant ringing of my bell as I slowly approached and was shocked to see me when he turned around.
at February 08, 2017