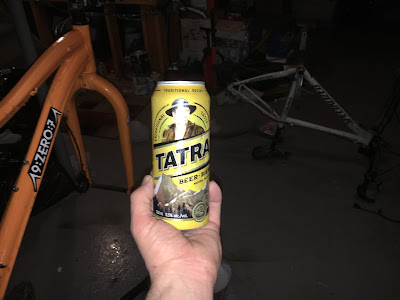 Oh hey... It's Beer Friday yet again and this is either being posted at the end of three hard weeks or two hard weeks where deep down I'm happy I don't have to work a third. Either way once this one is hit with the "publish" button deep down I will be in a pretty good mood. The joy in coming home is something nobody has any experience in when they work out of town. What gets me is it's two or three weeks. I could not imagine what people in the military go through when home is just around the corner.

Tatra beer brewed by Zywiec brewery in Poland was something I was hoping would have been from India given the label and the place of purchase. An east Indian liquor store.

You see in my small little petty white man brain I was hoping this would have been a rare east Indian beer that I can try. Thoughts of enjoying it and running into the shop the next day telling everyone how I loved it and their east Indian culture would surly get me a free first class trip to India where Indian royalty and high up dignitaries would show me interesting things about the country.

Sadly if it were Indian beer and it were incredible I'd still be a fat white slob living in Beaumont Alberta.

Quite a sad reality really...

A golden traditional lager poured out of the can into our testing mug where a one and a half fingered head sat on top looking a bit confused and disheveled. 'What an odd way for a beer to behave' I thought to myself or was I overthinking things as I have been home for fourteen days with not enough bike rides to pass the time. I'm sure that is the answer.

The first sip was sadly a very ordinary boring lager. But yet one can ask... What does one get out of a lager? They want a clean refreshing clear beer that helps ease their mind after a hard working day. This beer has a watered down flavour. Malts that hit you and quickly dissipate making one wonder exactly what happened. Upon the last fragments of this one I uttered for more. Screamed at the beer God's for something a little more than what I was having and... 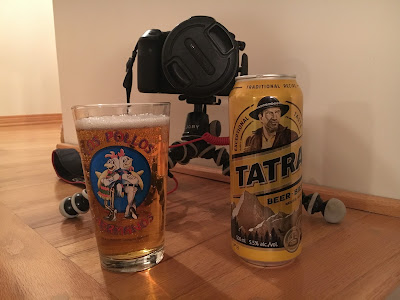