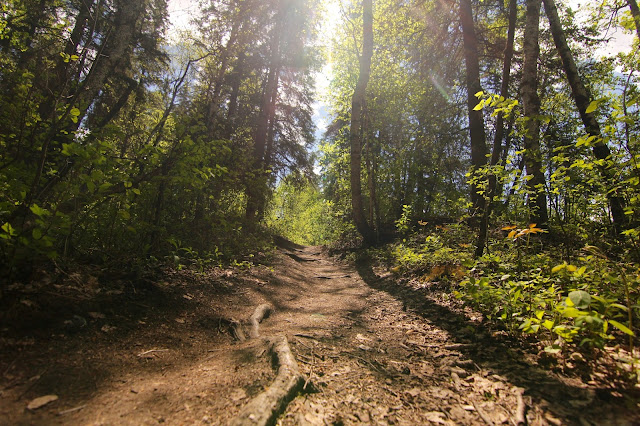 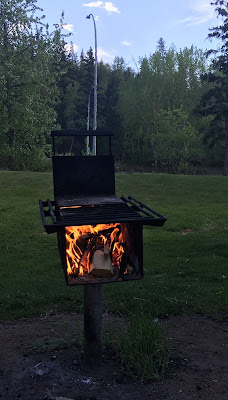 An impromptu ride where our family was supposed to have a fire in the river valley later in the afternoon where it was decided that I would just ride my bike and meet them.

I had visions of pulling up to the fire at the end of the ride all soaked in sweat with my tight and surly dead sexy bike gear on. Oh my! How could Mrs Lonebiker control herself when she saw that? If only she could see me railing some sweet section of technical singletrack before-hand! 'How can I lure her onto a trail?' I wondered...

Tell her there is good wood picking spot on the ridge of West Coast trail? 'That's it!'

After much thinking I decided it would be too much for the poor girl. I would blow her mind as visions of Austin Power Fem-bots raced through my mind when they exploded as they couldn't handle the great Austin Powers.

'Quite sure that would happen to Mrs Lonebiker.' I thought to myself and decided her just seeing me after a ride would be enough sexual eye candy for the next seven months.

Sadly things didn't quite turn out the way I hoped they would. Our usual spot in Kinseman was open when I pulled in to the area. I texted my wife and said it's open and started my ride. A planned short hop to Mill Creek and if I felt like it, a roll through Ewok and back.

Once in Mill Creek I checked the phone to find out the site was taken. One of many soon to be phone calls happened as I told them what parks to check out. As expected though, it was a picture perfect day and everyone was out. So sections of trail were ridden as I went back to Kinseman and a few phone calls were made to find out they could not find anything.

Sadly, it kind of ruined the ride but I wasn't expecting much on this one anyway.

The story does have a happy ending though. We found a spot. Luckily for Mrs Lonebiker's libido. She didn't see me show up on a bike. 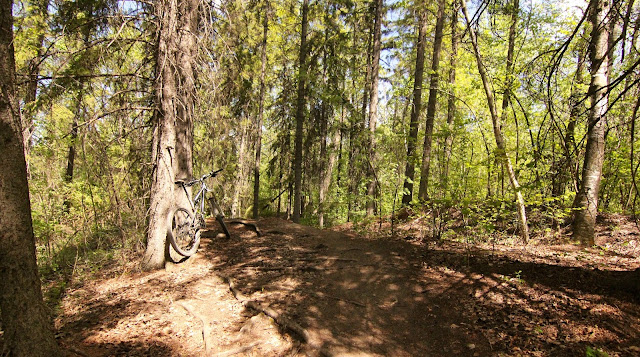