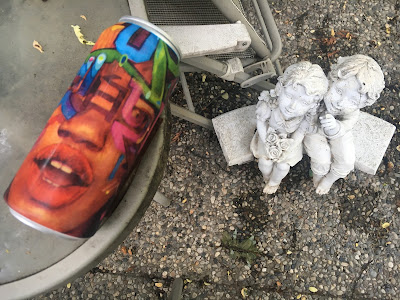 Oh shit, is it Friday already? Say it ain't so! After what I'm assuming a hectic week of work things may be winding down now as the 'going home' countdown is officially on. Some guys start counting down right when they get there and to me that right there is crazy talk. You just gotta turn that part of the brain off and focus on work and camp life till you are left with four days to go.

Collective Arts Brewing who are located in Hamilton, Ontario have been around since two thousand and thirteen. Their focus is to work with artists and have the most beer labels by far in the beer industry. Their intent is to promote artists and raise creative conscious through the sociability of craft beer. Their labels change consistently so when you buy one beer one day, the next purchase the beer will be the same but the labels will be completely different. Kinda cool.

The pour on this one was a bit of a challenge but our head pourer came through and poured a beauty! A good two fingered head stood atop and crowned a rather nice looking India Pale Ale. Lemon and hops ruled out the smell of this one. The first taste gave us a full blow IPA smackdown. At first thought this was a true India Pale Ale. We continued on with the tasting and the IPA taste was there and it was pleasant. Malt bread and pine needles add to this one. A whiff of citrus round this fine one out.

Find it and go barbecue kids. 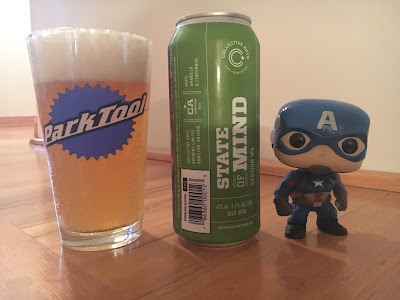