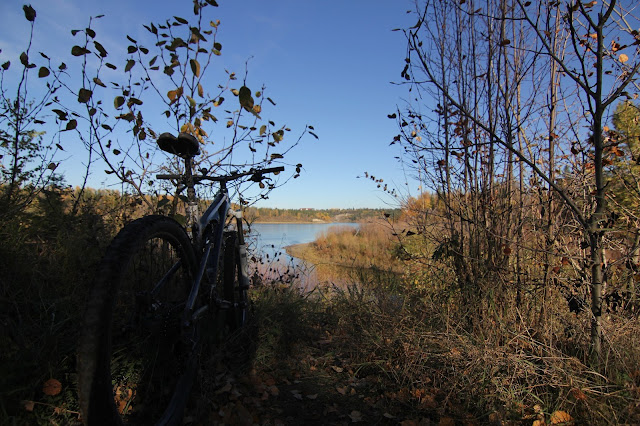 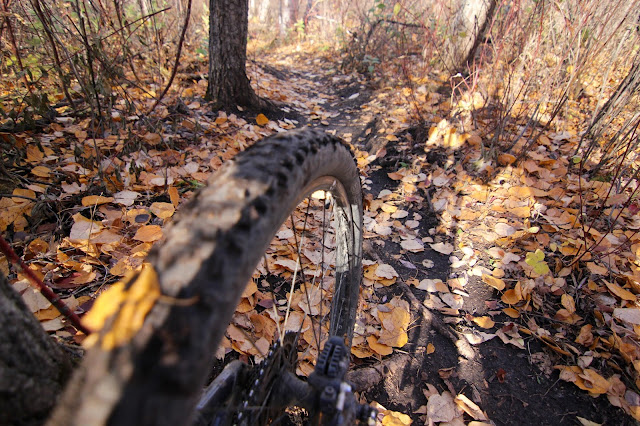 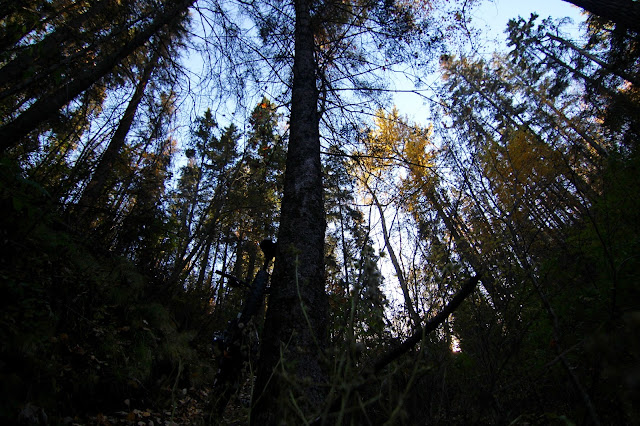 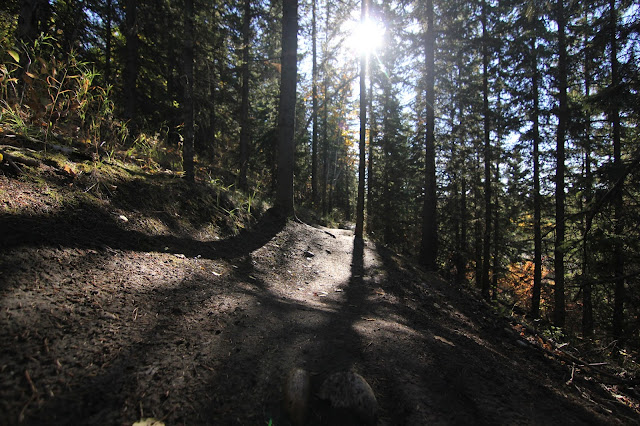 A ride from Hawerlak park where I backtracked to Emily Murphy and rode... Ahh crap. Whats the name of that trail again? I always think Tragically Hip song. Three Pistols? Is that it? Nope, Six Shooter. Thats the one, although Three Pistols would be a lot cooler cause you know... Tragically Hip.

It was a day of what Trail Forks labels black diamond trails. Which I kind think is lame as that is just ripping off ski hills and skiing. I find the whole mountain bike community uses the ski hill rating system so I guess it is what it is. But could we not have come up with our own rating system for trails? Hey, just my opinion and I am sure some got offended for me stating it. Well damn it. I'm sorry.

Machete was taken down to the lower valley where I stayed on the lower singletrack where the legs started acting up. I kept going as I know I will be up north looking back and wondering why I gave up.

Selkirk Knights was ridden for I believe the third time and it was just as bad as I remember. Not bad as in a terrible trail. It is quite awesome as it will chew you up and spit you out a shell of a mountain biker at the end. Non stop climbing on switchbacks which never end are the order of the day. This trail is incredible and I wish it was in my backyard and could ride it everyday. I suffered greatly today due to slippery trails and bad tires.

I crossed the river and hit Purgatory. Another trail fork black diamond. This trail looks like a newly refurbished trail from back in the day but I could be wrong. The slippery leaves and greasy trails were too much and I ended up quite grumpy. It was a bad experience. I will be back once it is dry but with several fallen trees it looked like somewhat of an unused trail. If you go, bring a small handsaw. I used to carry one but had to make room in an already overloaded camelback.

The ride ended mainly on paved where I limped back to the vehicle.