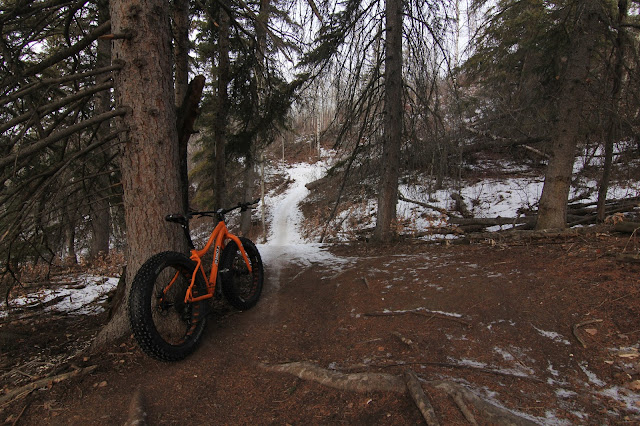 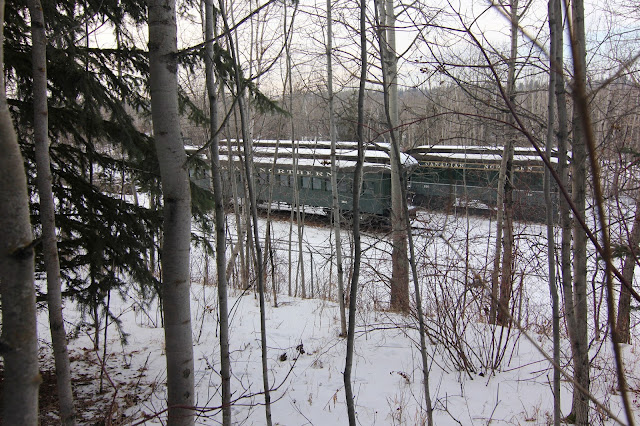 What is this? The fourth or fifth ride of this young year and and I'm ready to post it up as ride of the year. That's right. The voting is over. This one right here takes the cake. I'll send an email reminder for late December so I don't diss this when me and the executives choose the best rides.

Was it the good mojo that stuck around after Jason's meet up? As good as it was there were a few hiccups. Poor clothing was chosen and I froze a bit too much as I never even looked at the weather before leaving. The ride which started in Cameron Heights had a classic Lonebiker high heart rate panic attack right at the peak of the Staff College climb. After throwing my helmet off and settling myself down I was good for the rest of the ride. It's been a while since I had one of those. It was so much fun! That feeling of possibly dying alone on the trail in the snow. Well, at least that's what my head is telling me.

After the climb Go trail was ridden. The snow is still in great condition aside from a few ice spots in the places you don't want ice. The steep punchy climbs and descents mixed with some spin outs occurred and I have been having a hard time trusting my front tire lately. Spots with fat bike ruts were in the worst possible spots as always so I rode them high and away feeling my tires slide down the ice. Some good ass puckering was had.

I spent a little time in Terwillegar and soon crossed and rode Flat Pete. A coffee break was had on the the Sexy Fort Edmonton bridge where I contemplated a Fort Edmonton loop where I would avoid Selkirk or push it to Laurier and take Hawerlak back. As the cold crept in I chose the shorter route.

I skipped Flat Pete on the return to make a rare visit to the original trail in the Oliskew area. Back in Terwillegar the out of body experience happened and the singlecrack cocaine kicked in heavily. It was unreal. I finished on Go trail where I gave it the title of best trail in Edmonton. Blame the junky side of things for that.

The long climb back to Cameron Heights finished a perfect day. A shame I didn't bring warmer riding gear. 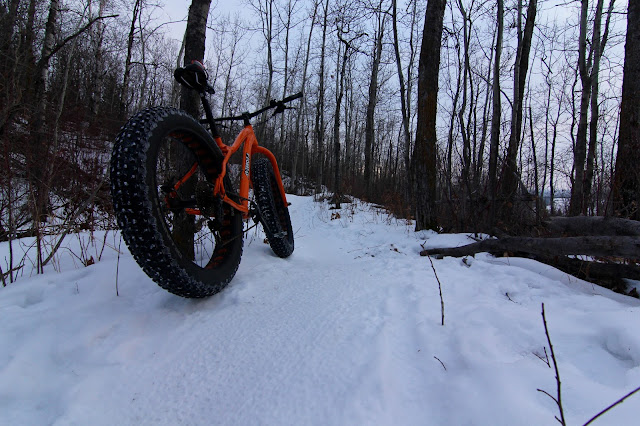 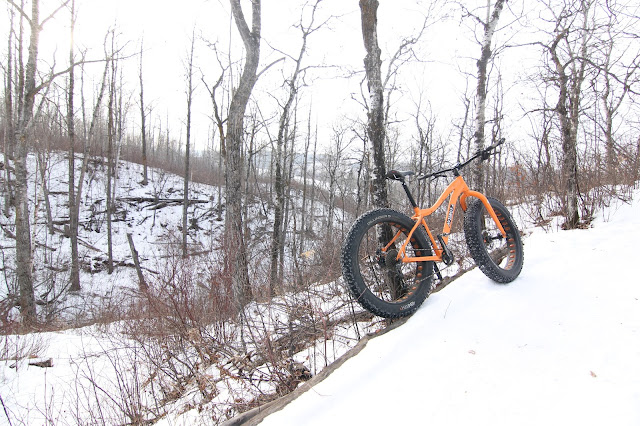 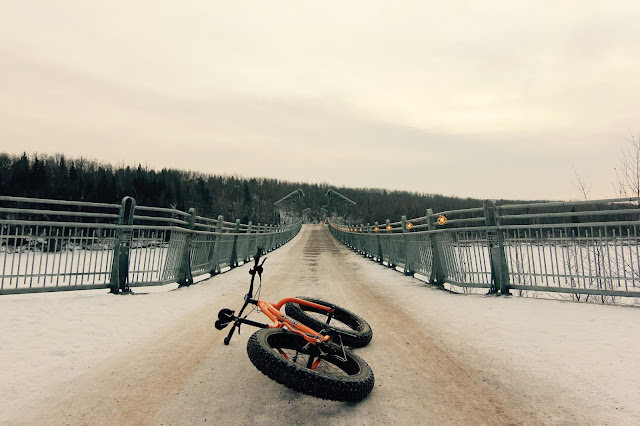