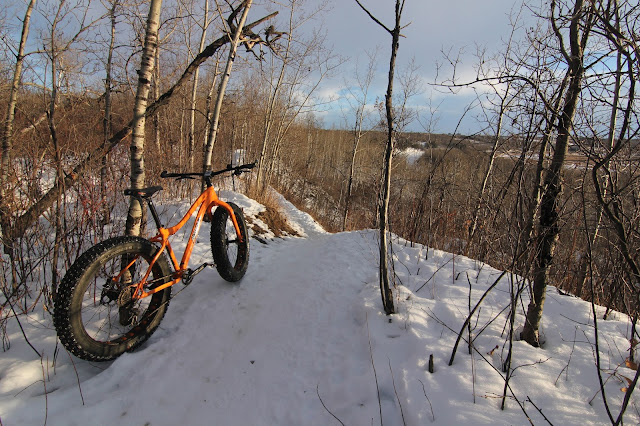 Well it appears I'm a liar. I told you to expect nothing till Friday and I go ahead and do this. A selfish ride after some new job orientation where I realized I had more than enough time and gusto for a short ride down one of my favourite trails.

So from Acheson to Cameron Heights it was a memorable trip down memory lane from the mod yard days. A kick off on downhill paved with a roll up to Staff College. Frustration was had as I wanted to roll around the back but the fat bike tracks were not there and all it was was foot traffic. Oh the humanity! Right?

Eventually I found the famed Go Trail and looped around behind via the multi use and came back on the exposed side where I stopped my bike and took in the view and had a moment. I love me some river valley. 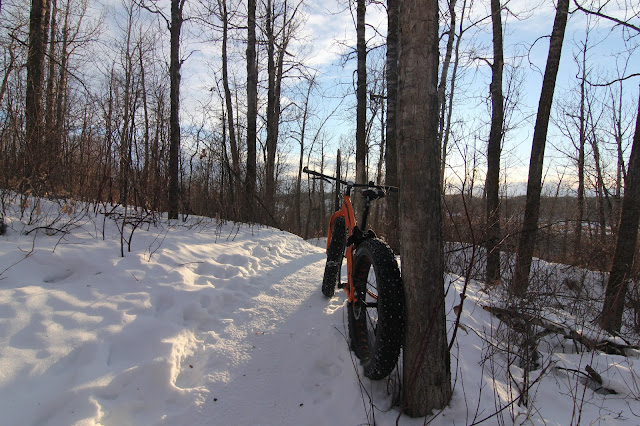