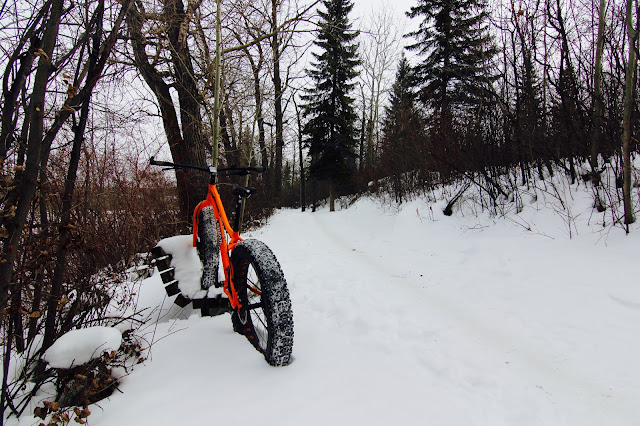 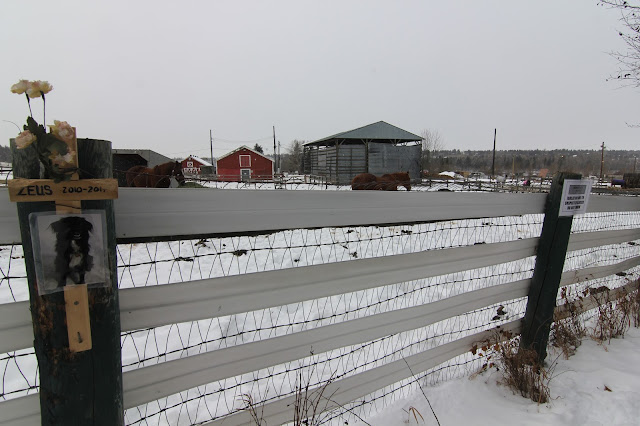 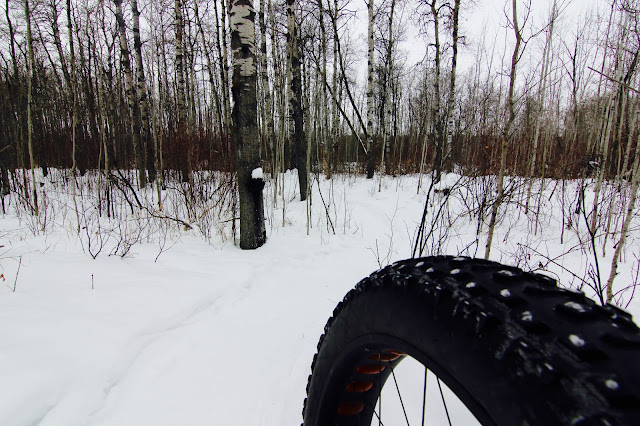 A ride from up top of the hills in the houses on Saskatchewan Drive to Oliskew where the plan was to take the original outside trail that runs along the river to the new Terwillegar bridge, promptly pee off and return on the log trail Logarithmic? and Flat Pete.

I avoided the steep sketchy descents and rode down the paved to the horse centre trails in the hills where I continued making my way down. 'Oh shit! I forgot about the singletrack that takes you up! Doh!' I yelled out to nobody when I saw the trail snaking it's way up into the trees. Not a big loss. Will remember that next time.

Nothing to big to report on this one, I started out feeling shitty and that changed once on the Oliskew singletrack. That's the power of bikes kids. What was crazy is how fast you get to the other end of Flat Pete when heading west on the river trail. It gave me a pretty good idea on how much it creeps it's way through the forest.

The return back after watching some very depressed looking electricians do some work on the bridge I rode Logarithmic. Is that what it's called? Anyways, a thousand times better in the Winter. The log crossings are just hills now and not momentum killing dinosaurs. That being said please leave them alone. If someone who is reading this gets an idea to pussify that trail I will feel somewhat responsible.

The ride ended uneventful. Not an amazing one but still pretty decent.

This ride gets 3 snowflakes out of 5. HA HA HA HA! 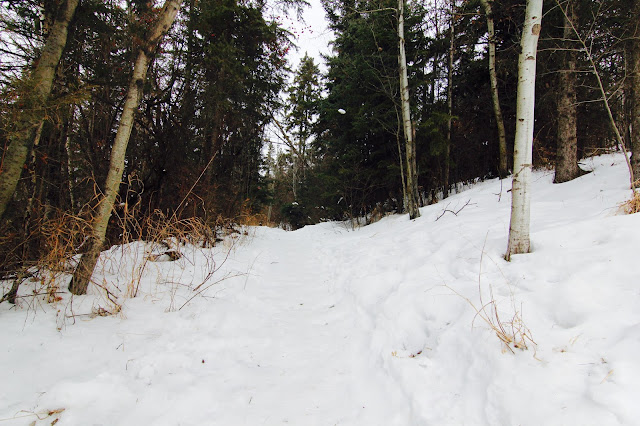